Around a third of people saving up to buy a house have had to reduce how much they put aside or stop contributing to a deposit all together due to the rising cost of living, a survey has found.

Some 83 per cent said they have worries about their personal finances more generally, according to TSB.

And while 32 per cent had seen their savings for a house deposit negatively affected, other financial goals are also being hampered by rising bills and food costs.

Almost three in ten (29 per cent) of those saving for a specific purchase such as a wedding, car or holiday say they have decreased the amount they are putting aside or have stopped altogether.

A small majority are either very worried (25 per cent) or fairly worried (28 per cent) about not being able to save enough for retirement. 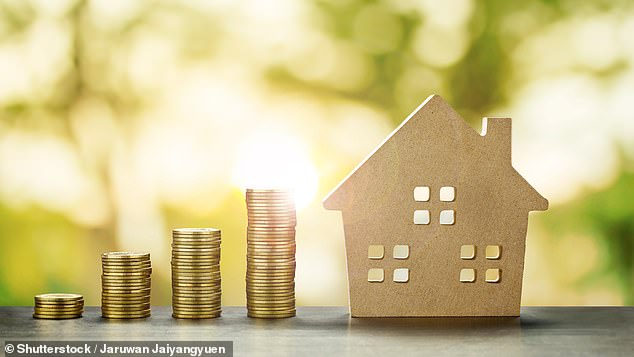 Almost half (49 per cent) of those surveyed said they were worried about rising fuel and energy costs, while 24 per cent were concerned about paying for household groceries.

Carol Anderson, director of branch banking at TSB, said: ‘This research exposes the emerging gap between resilient households with healthy rainy-day savings built up during the pandemic, and those with no savings who are struggling to get by.’

Findings released as separate research, commissioned by the abrdn Financial Fairness Trust and analysed by a team at the University of Bristol, found that 50 per cent of households were worried about their ability to meet their gas or electricity bills over the next three months.