They help us to navigate, and can be a mark of social status. Companies use them to identify likely customers. They can affect our insurance premiums and even the standard of health care we are offered. Oh, and they help the mail to arrive on time.

Now, an exhibition at the Postal Museum in London is paying tribute to the humble postcode.

It was Postmaster-General Tony Benn who, in 1965, announced the introduction of the full alphanumeric codes that we know today. But it wasn’t until 1974, nine years after that announcement, that the complicated business of assigning postcodes to every address in the country was completed.

After all that effort, the letter-writing public didn’t exactly embrace the new system.

They found postcodes to be new-fangled and difficult to remember. And people in upmarket rural locations weren’t pleased to find they’d been taken over by the nearest big town or city. 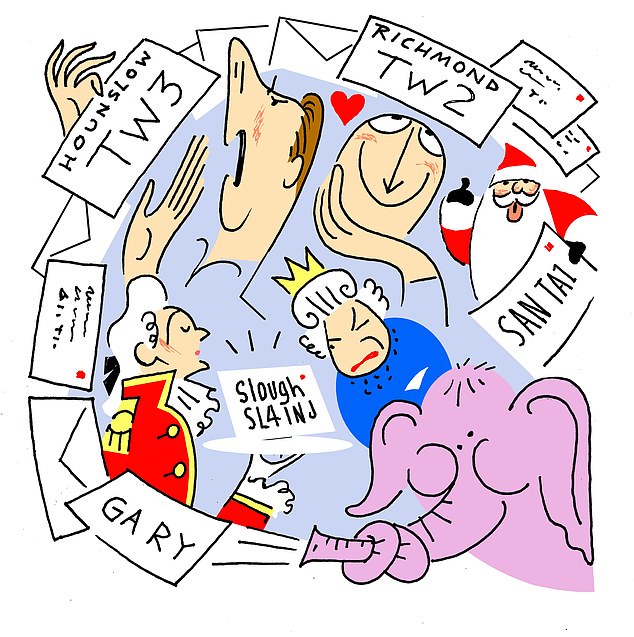 Now, an exhibition at the Postal Museum in London is paying tribute to the humble postcode

We can only imagine how the Queen at Windsor Castle — SL4 1NJ — felt on discovering that she lived in Slough.

Poco toured the country, attending fetes and offering rides to children whose parents could remember their code.

Composer Bryan Daly, who wrote the music for Postman Pat, was commissioned to write songs about Poco and postcodes. One of them went:

‘Use your postcode, it’s so simple to do

Then the people that you send to

They can do the same for you.’

I regret to report that Poco was not always treated with respect. During one show, the poor elephant was decapitated by a group of young farmers. The head, a large balloon, floated away.

Paul Diggens, then head of media at the Post Office, recalls how he received a phone call at home in the middle of the night from the Air Ministry.

‘Are you responsible for a giant elephant’s head?’ asked a furious official. ‘You are interfering with flights to and from Stansted, Luton and Heathrow.’

It took a further two hours for Poco’s head to float gently to the ground.

Postcodes hadn’t exactly been a snap decision. London was first divided into ten postal districts by Sir Rowland Hill, the inventor of the penny post, as far back as 1856.

You can still see letters such as EC, N and W on some old London street signs.

That system was reformed slightly by the novelist Anthony Trollope, who spent more than 30 years as a post office official and is credited with the invention of the red pillar box. Between 1866 and 1868 he scrapped the S and NE districts. 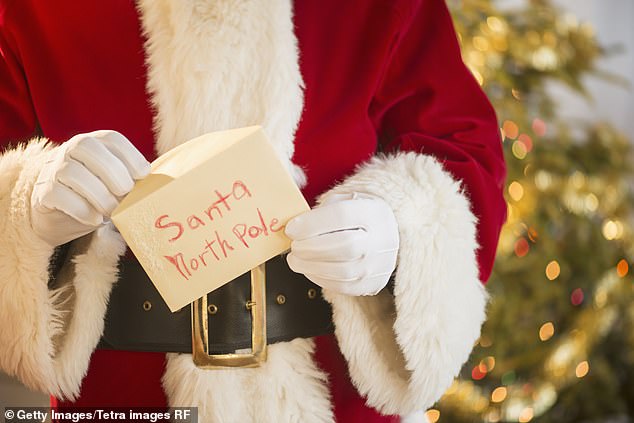 If you want to post a letter to Father Christmas, the postcode is SAN TA1 (File image)

By 1934, major towns and cities were divided into lettered and numbered postal districts, and the public was urged to use the new system under the slogan: ‘For speed and certainty, always use a postal district number on your letters and note paper.’ Snappy, eh?

The system we use today was designed to make it easier for letters to be sorted by machines known as Elsie (Electronic Letter Sorting Indicating Equipment).

‘Mail volumes were going up and machines were being used to speed up the process,’ says Chris Taft, head of collections at the Postal Museum. ‘To put it into context, a Victorian postal worker could sort up to 30 letters a minute. A skilled Elsie operator could process up 110 letters a minute.’

There are now 1.8 million postcodes covering around 31 million properties. That means each code covers an average of 17 addresses.

We might have been suspicious at first, but now we’d struggle without them. Millions of us tap them into our sat-navs every day, and they help couriers find their way to our doors. Furthermore, postcodes can affect our health. The term ‘postcode lottery’ describes different health outcomes in different areas of the country. (There is also an actual Postcode Lottery in which your code can win you a prize.)

Codes are also a valuable marketing tool. The Experian consumer credit agency has divided us into 66 different social types based on our postcode.

If you visit the Experian website, you can enter your own code and discover how you are seen by company marketing departments. Do you live in what Experian calls a Bungalow Haven (‘peace-loving seniors’)? Or perhaps you are more Penthouse Chic (‘city professionals’) or Rural Vogue (‘country-loving families pursuing the rural idyll’).

Postcodes can even tell us which restaurants to avoid. A 2019 survey by the Claims Direct insurance company reported that UB (including Southall and Uxbridge, Middlesex) had the dirtiest eateries, while DT (which includes Dorchester and Weymouth, Dorset) boasted the cleanest.

Similar studies have identified the country’s most expensive postcode as SW1X (Knightsbridge and Belgravia). In February, property in that area was worth £2,189 per square foot. 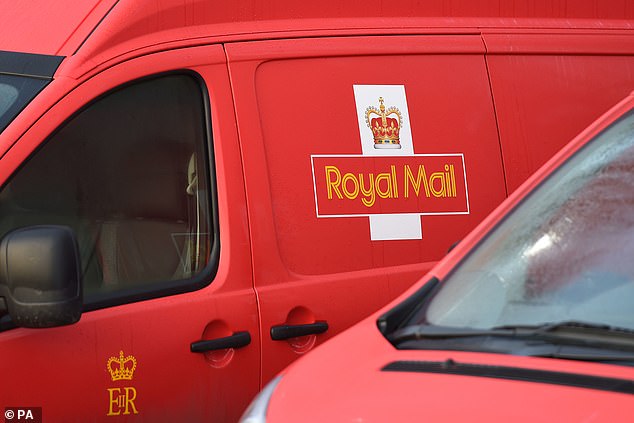 At the top of the Royal Mail social ladder, some people and institutions are lucky enough to have their own postcodes (File image)

At the other end of the scale was Burnley’s BB11 at only £69 per square foot.

Nothing seems too obscure for postcode research. Earlier this year, homeowners in TS23 (Teesside) were named and shamed by Northumbrian Water as being the worst for putting baby wipes down the lavatory and blocking the drains.

No wonder a good postcode is seen as a social asset. Author Mark Mason has even written a book on the subject, Mail Obsession.

He moved from London to Suffolk and was disappointed to discover that his postcode began with CO (Colchester).

‘Why should I be tarred with the brush of Essex?’ he complains. ‘I’d never worn white stilettos in my life.’

There were similar feelings in Whitton, whose residents wanted to be classed as part of leafy Richmond upon Thames (TW2) rather than more downmarket Hounslow (TW3).

At the tip of the Scottish mainland, the problem is financial rather than social.

Thurso and the surrounding area shares the KW (Kirkwall) postcode with the Orkney islands. When courier companies see the Orkney postmark, they set a high delivery charge or even refuse the job. 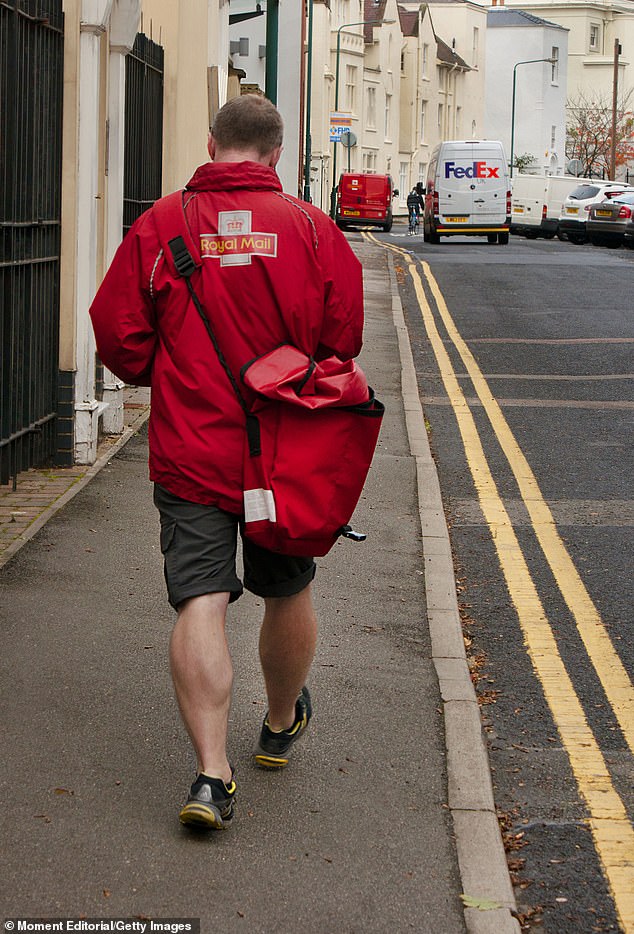 If you have an enterprising post man, you probably aren’t in need of a postcode (File image)

At the top of the Royal Mail social ladder, some people and institutions are lucky enough to have their own postcodes.

To send a letter to the Queen at Buckingham Palace, you address the envelope with SW1A 1AA.

If you are very lucky, you might have a postcode that is almost personalised. DA1 1RT will reach Dartford football club, known as The Darts.

If you want to post a letter to Father Christmas, the postcode is SAN TA1. Of course it is.

The office of the VAT Controller’s BX5 5AT doesn’t look all that remarkable until you remember that V is the Roman numeral for five. That’s almost too clever.

Despite the official line from Royal Mail, the wrong postcode isn’t necessarily a problem. As a child, I lived with an aunt occasionally and used to send letters home to Somerset postmarked BS8 2LR.

That wasn’t the right code at all: our house was in the BA (Bath) district. BS8 2LR was the address of the BBC Bristol office, which had become drilled into my memory after hearing it so many times on radio and regional television. The letters still got through.

At least I had the right address. In April 2020, Sheffield postman Darrell Gilmour was given a letter addressed to ‘David Easson, Somewhere in Sheffield, England’.

The sender, from Sweden, had also written some clues on the envelope. He noted that David was a sports reporter, and added: ‘I think his wife’s name is Helen and they have a child, or a dog, or both.’

Thanks to a bit of research on Google and Facebook, the letter got through. If you have an enterprising postie, you obviously don’t need a postcode.

Poor Poco the elephant might have lost his head in vain.

Sorting Britain: The Power Of Postcodes is at the Postal Museum, London (postalmuseum.org) until January 1, 2023.