Fears are mounting that the chaos at Britain’s big airports will continue ‘right throughout the summer’ amid scenes of mayhem at Manchester and Heathrow today.

‘This problem is going to continue particularly at airports like Gatwick and Heathrow right throughout the summer. It will be worse at weekends and better during the week,’ he told Sky News.

***Are you being caught up in airport chaos in Britain or elsewhere? Please email: [email protected]***

Warning that passengers should brace for a ‘less than satisfactory experience’ in the coming months, Mr O’Leary said that 25% of Ryanair flights last weekend were delayed by air traffic control issues, and a further 15% by airports handling delays.

He added that Brexit was compounding the disruption caused as demand ramps up after pandemic restrictions were lifted, with airports unable to hire workers from abroad to fill posts.

Scores of holidaymakers were pictured battling massive queues at Manchester this morning, while flyers at Heathrow complained about the ‘evident luggage chaos’ gripping the west London hub.

Heathrow and Gatwick have urged airlines to cancel thousands of flights this summer as they fight to regain control, while easyJet started axing 10,000 flights to European holiday hotspots including Greece, Italy and Spain from July through to September.

A furious blame game has now broken out, with EasyJet’s chief executive Johan Lundgren saying he was ‘disappointed’ that Gatwick was unable to offer its full schedule of slots.

He added: ‘We are supportive that some airports are coming out and proactively capping the numbers because they have something we don’t have: visibility across the whole operation.

‘They are better equipped to judge the difficulties around air traffic control, ground handlers and so on. Of course it is disappointing but we’d still rather they are realistic about what they can deliver so we can adjust ourselves to that.’ 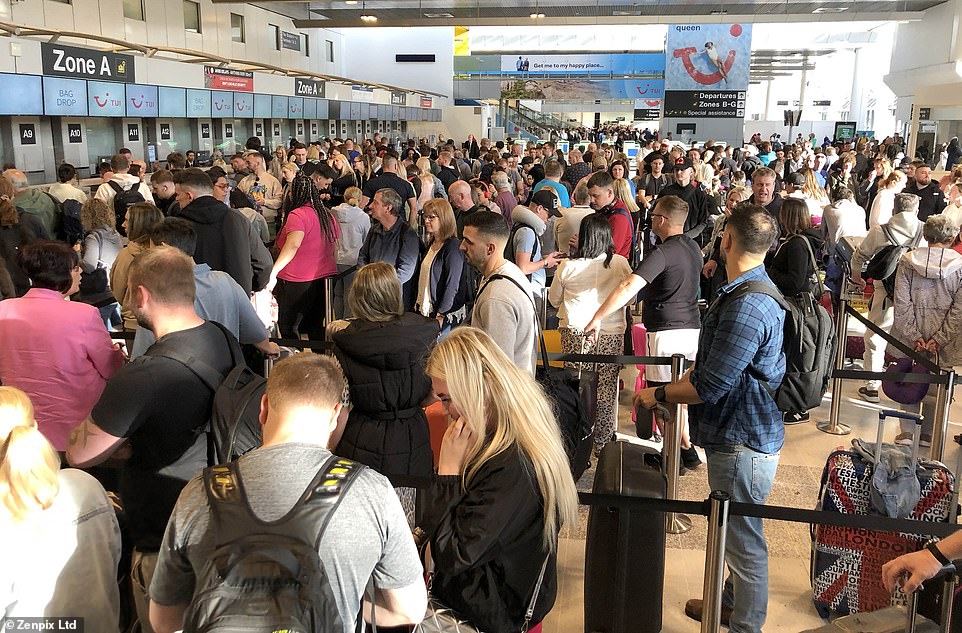 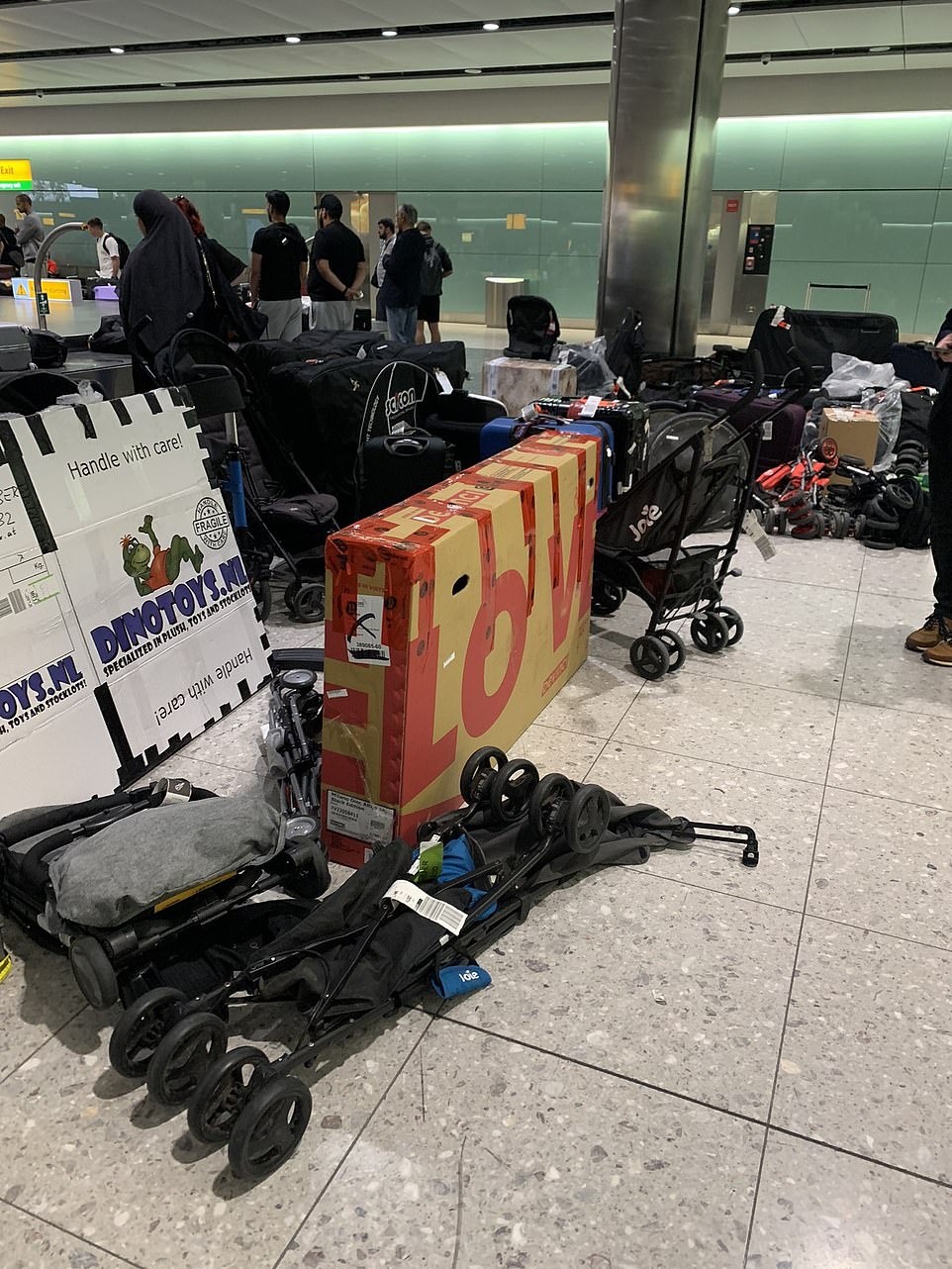 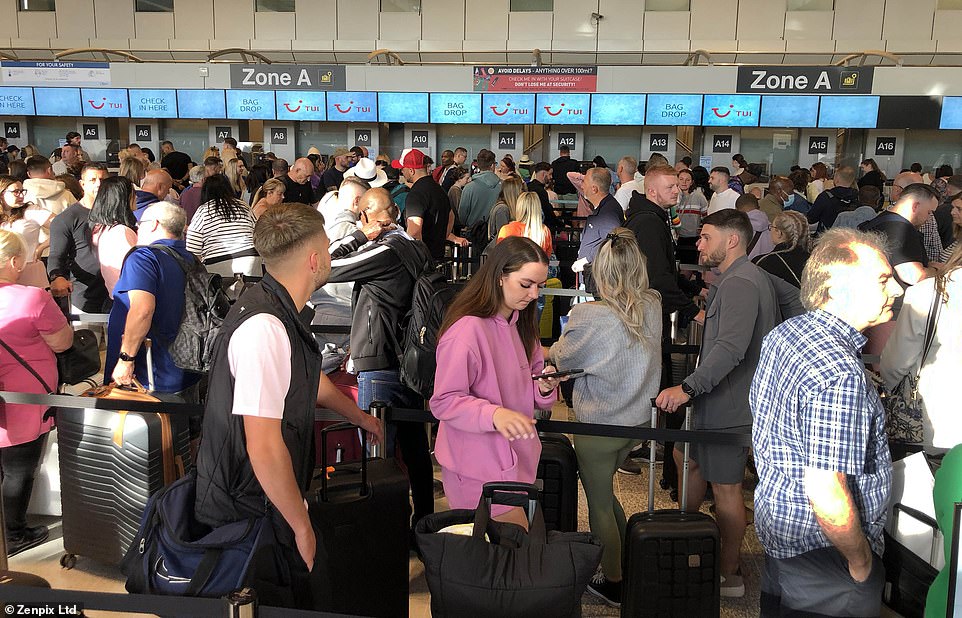 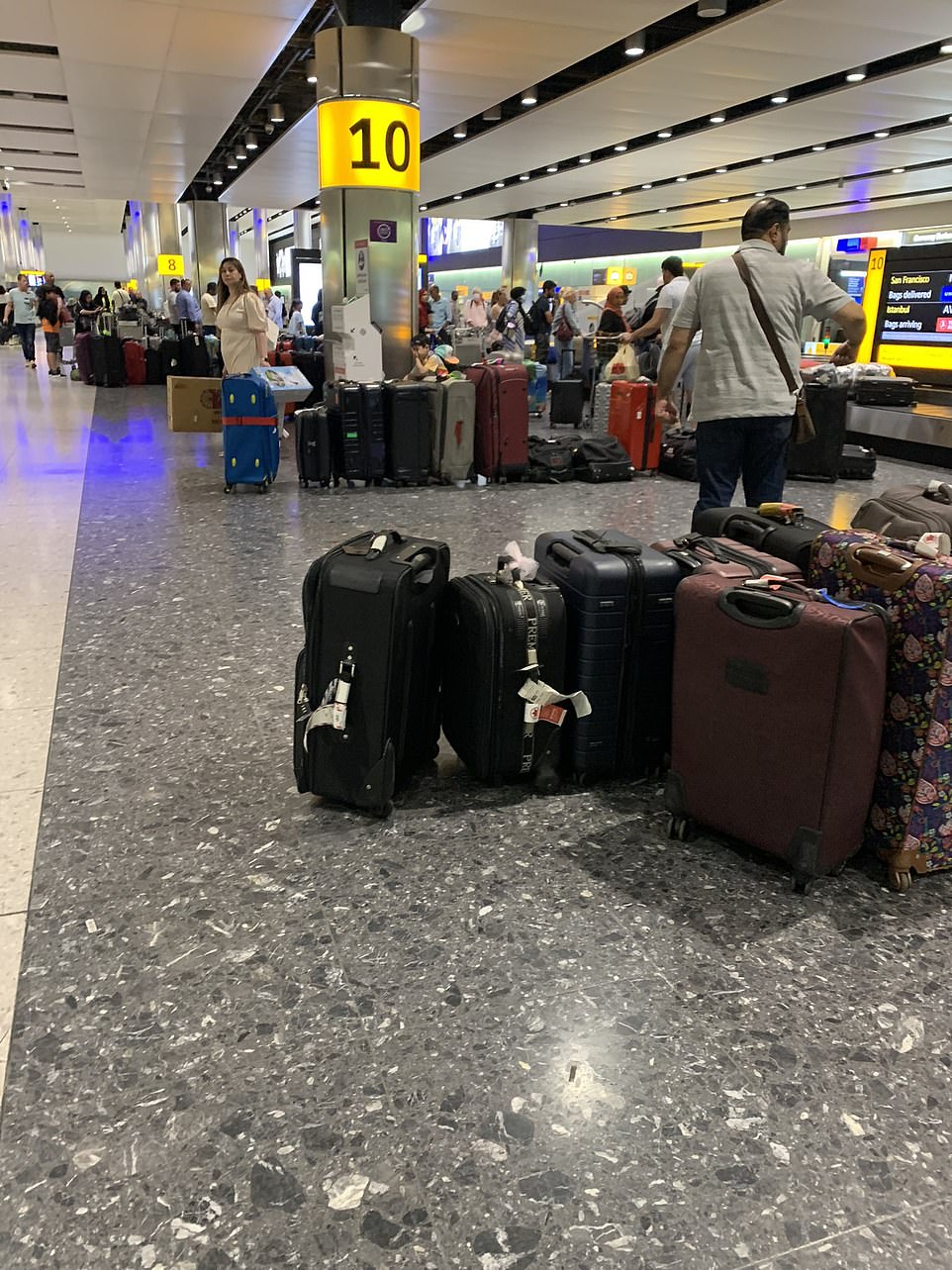 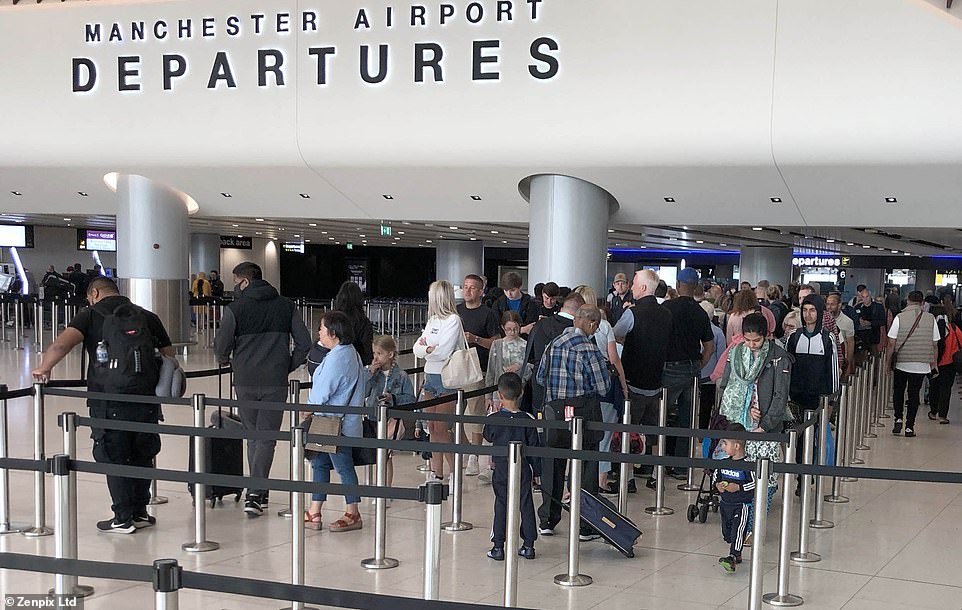 The budget airline had planned to operate around 160,000 flights during the period. In May the carrier expected to operate at around 97 per cent of 2019 levels over the three-month period.

But the cull means this has been reduced to around 90 per cent, suggesting more than 10,000 flights will be axed. It means as many as 1.5million passengers will be affected by the cull. Those hit by it will be re-booked onto alternative flights on the same day, with a rival carrier if necessary. Fliers from Gatwick Airport will be the worst affected.

EasyJet, TUI and Wizz Air have already cancelled hundreds of flights during and after the half-term holidays.

Thousands of passengers were stranded abroad over half-term as a result, often waiting several days before being given another flight home.

With fewer seats available this summer, holidaymakers could see a rise in fares if they haven’t already booked tickets.

Announcing the flight cull yesterday, easyJet boss Mr Lundgren said: ‘Delivering a safe and reliable operation for our customers in this challenging environment is EasyJet’s highest priority and we are sorry that for some customers we have not been able to deliver the service they have come to expect from us.

‘Coupled with airport caps, we are taking pre-emptive actions to increase resilience over the balance of summer, including a range of further flight consolidations in the affected airports.

‘We believe this is the right action for us to take so we can deliver for all of our customers over the peak summer period in this challenging environment.’

When asked, he said he could not put a figure on the proportion of flights to be axed, adding: ‘It would be misleading for me to give any numbers today because we simply don’t know.’

He insisted that ‘the overwhelming vast majority’ of customers will not be affected and said the cull was also in response to caps introduced on flights by Gatwick and Amsterdam Schiphol airports.

It came as Heathrow urged airlines to cut 10 per cent of flights out of Terminals 2 and 3 yesterday following a problem with its baggage handling systems.

Over the weekend passengers posted images on social media of a baggage mountain after the handling system at Terminal 2 suffered a major malfunction.

The problem was fixed by Sunday night but it may be several days before passengers are reunited with their luggage.

The plea to airlines to reschedule flights was only advisory but would have affected up to 15,000 if implemented. According to data from FlightAware, 26 departures and 13 arrivals at the airport were cancelled yesterday.

Rory Boland, Editor of Which? Travel, said: ‘EasyJet has caused chaos and distress for passengers over several weeks with a constant stream of last minute cancellations.

‘While reducing the number of flights it operates may be the most sensible option in delivering a more reliable service over the summer, it yet again leaves passengers panicking about whether their flight or holiday will be cancelled or delayed.

‘The summer holidays are just around the corner, so EasyJet must immediately provide clarity on which flights are being cut.

‘Crucially, it needs to start playing by the rules and rerouting its customers, including on flights with other carriers – that’s the legal requirement and the very least the airline can do for customers it has left in a mess.’

The aviation sector across Europe says it is experiencing ‘operational issues’, including air traffic control delays, staff shortages in ground handling and check-in and increased times for identity checks of new recruits.