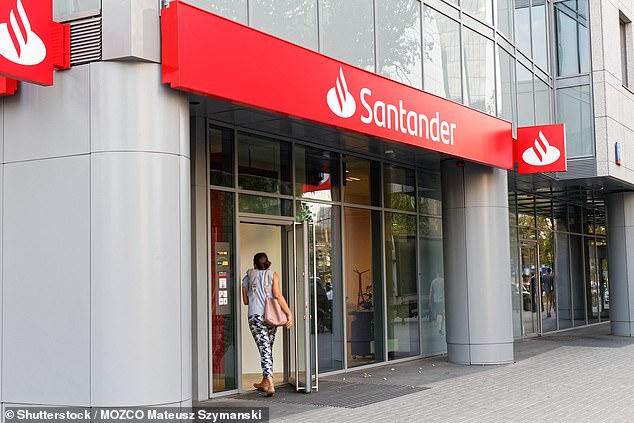 Santander’s £130m retrieval ‘won’t be as easy as just hitting the undo button’: Bank will have to ask tens of thousands of customers to return funds after accidentally paying from its OWN reserves, say experts

By Isabella Nikolic For Mailonline

Have you received some unexpected Christmas money from Santander?

Santander will have to ask tens of thousands of customers to return funds, said experts, after the bank accidentally paid £130million from its own reserves on Christmas Day.

Some 75,000 payment transactions, at an average of £1,733 each, were wrongly put through twice from 2,000 people and businesses who were set up to send either a one-off or regular payment, with the second payment coming directly from Santander’s own reserves.

The Spanish-owned bank – which said the blunder was due to a payments’ ‘scheduling issue’ – is now struggling to get its money back because it has been sent to recipients who belong to a litany of other banks such as Barclays, HSBC and NatWest according to The Times.

Even though the windfall was Santander’s mistake, it is illegal for customers to keep the wrongly accredited money and if they spend it they face being charged with ‘retaining wrongful credit’ under the Theft Act 1968.

The maximum sentence is 10 years in prison.

But although those banks are able to take back money that was incorrectly paid into its customers’ accounts, they fear some may have already spent it.

Matt Boyle, Banking Publisher at the personal finance comparison site finder.com, told MailOnline that the bank will have to contact each customer directly to request that they return the funds.

He also said Santander is allowed to report anyone who has accidentally received credit and refuses to pay it back to the police.

Roughly 75,000 people and businesses who were already set up to receive either a one-off or regular payments from 2,000 companies with Santander accounts were wrongly paid twice

Mr Boyle told MailOnline: ‘Santander will need to contact each customer individually to request that they return the funds. The whole process could end up costing Santander a significant amount of time and effort.

‘Unfortunately for Santander the retrieval process isn’t as easy as just hitting the undo button.’

He added: ‘Santander is allowed to report anyone who has accidentally received credit and refuses to pay it back – either through stubbornness or because they spent the money and cannot repay it.

‘You would hope and expect that Santander gives customers every opportunity to repay the money back first though.’

One bank said it didn’t want to take money back from a customer if it would force them into overdraft.

Pay UK, which runs the main payment systems in the UK, is discussing the issue with Santander while the bank desperately tries to recover the money.

The bank has been using ‘bank error recovery’ to go to various banks or directly to recipients of the cash to get it back.

Referring to whether other banks are legally forced to give Santander the money back, Mr Boyle said: ‘Santander has released a statement saying “we will be working hard with many banks across the UK to recover the duplicated transactions over the coming days”, which implies it is not a requirement for other banks to cooperate.

The bank will struggle to get their money reimbursed because it has been sent to recipients who belong to a litany of other banks such as Barclays, HSBC and NatWest

‘You would imagine other banks will place a big emphasis on not generating negative and unnecessary headlines for a fault that was not their own.’

A Santander spokeswoman said: ‘We’re sorry that due to a technical issue some payments from our corporate clients were incorrectly duplicated on the recipients’ accounts

‘None of our clients were at any point left out of pocket as a result and we are taking steps to recover the duplicated transactions in line with industry processes.’

The spokeswoman added: ‘The duplicated payments were the result of a scheduling issue, which we quickly identified and rectified. The recipients and purpose of payment will have varied among clients but could have included wages or supplier payments.’

Santander, which has 14million customers, was left in hot water earlier this year in May when it was forced to apologise after a glitch meant some of its customers weren’t able to make any payments for almost an entire Saturday.

And in August last year thousands of customers were unable to access their online accounts.

Have you received some unexpected money from Santander? Email [email protected]

Q&A: Are you allowed to keep money given to you by accident?

Are you allowed to keep money sent to you by accident?

It is illegal to knowingly keep money that was put into your bank account in error.

If you refuse to give the money back you face being charged with ‘retaining wrongful credit’ under the Theft Act 1968.

What happens if you’ve already spent the money?

You could be jailed if you spend the money when you know it’s not yours. According to the Theft Act 1968, the maximum sentence is ten years in prison.

For instance, a woman from Blackburn was sentenced to 10 months in prison after she went on a spending spree, after receiving £135,000 in error from Abbey bank.

Could you keep the money if you can prove you genuinely believed it to be yours?

The only exception to these rules are if you have genuine cause to believe you were owed the money.

For example, a part-time bank worker who was overpaid £7,500 a year for three years won a court case to keep her windfall. A tribunal ruled in her favour after she successfully argued she had assumed the increase was a pay rise that she had been promised by her employers.

Are there any loopholes?

There is a loophole to being wrongly paid more money.

If you put the extra cash into a separate savings account and allow it to accrue interest until you are required to pay back the money, you may end up with free cash. 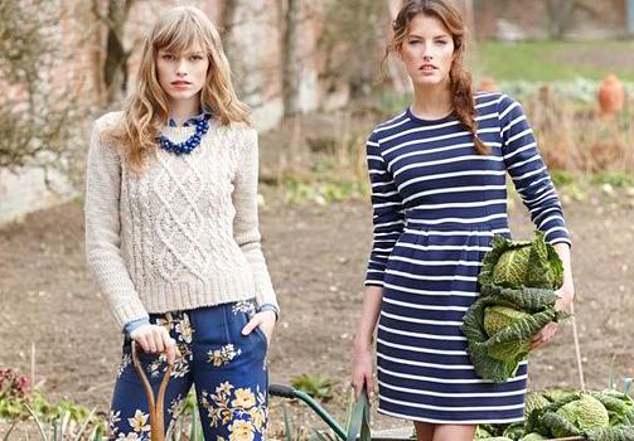 Advertisement Shares in ‘Yummy mummy’ fashion brand Joules lost over a quarter of their value after it warned on the impact of supply chain challenges and inflation. The clothing firm posted a 35 per cent rise in revenue to £128million in the six months to November 28, boosted by an increase in customers and strong… 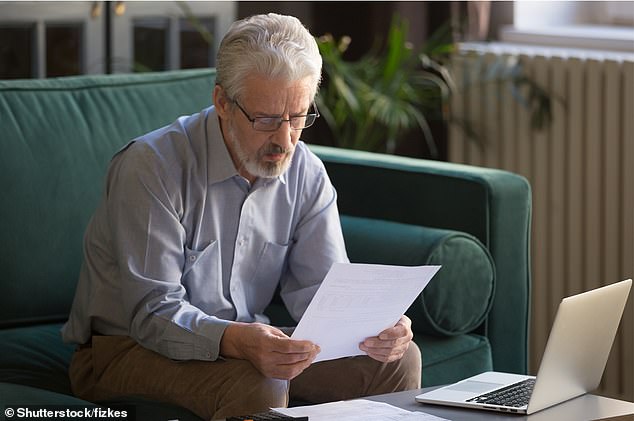 Advertisement Clerical Medical, a pension and investment provider, has come under fire from numerous angry customers for failing to pay out on its policies.  This is Money’s Grace on the Case previously investigated a case of a Clerical Medical customer who had been waiting months for his endowment policy pay out. In response to the… 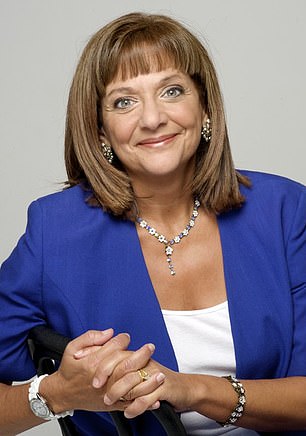 Advertisement Ros Altmann:  It is time for a national emergency plan to help elderly people survive the tough times ahead Former Pensions Minister Baroness Altmann led a House of Lords revolt against the Government’s suspension of the state pension triple lock.  MPs spurned her efforts and voted for a hike of 3.1 per cent next April,… 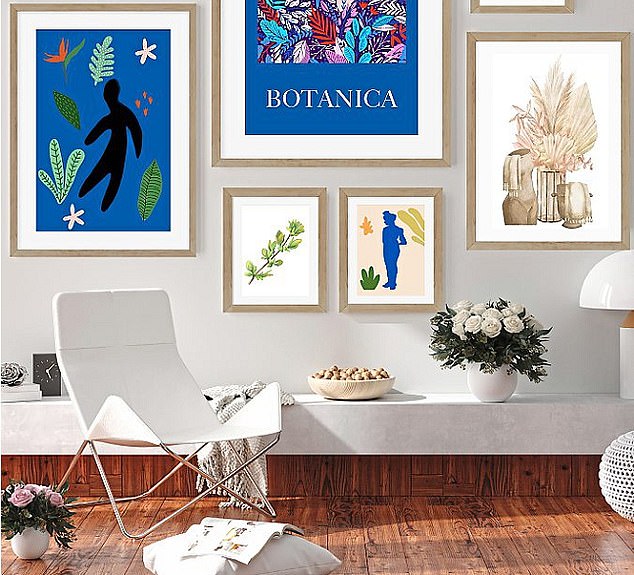 Advertisement Makeovers in minutes: There’s still time to give your home a facelift before Christmas visitors arrive December is no time to start a big renovation project However, there are plenty of quick-fix solutions to spruce up your home Here are seven top tips to give your space a quick new look  By Holly Thomas… 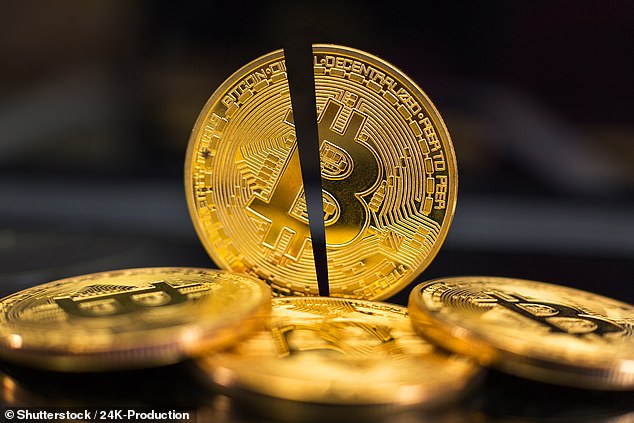 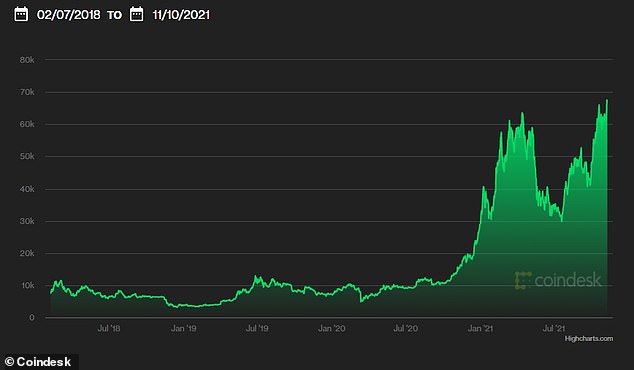 Advertisement In May I bought some ethereum – this week the cryptocurrency hit a record high and at the time of writing my investment is up 62 per cent. There’s nothing like that kind of big return to get an investor patting themselves on the back, but tempting as it is to think so, I’m…