Kristin Davis has defended the Sex And The City’s reboot’s new overly-woke spin, reasoning that it’s a ‘broader world’ than before.

The actress, who plays Charlotte York-Goldenblatt in the series, appeared in a roundtable chat with Cynthia Nixon (Miranda Hobbes) and an emotional Sarah Jessica Parker (Carrie Bradshaw) as they discussed reviving their characters for And Just Like That…

The 10-episode miniseries began airing earlier this month after obstacles including filming during the pandemic, and the absence of series regular Kim Cattrall, 65, from the show after she fell out with Parker.

However reviews of the revival branded the reboot a ‘misfire’ as it struggled to find its place in ‘woke’ times, something the show has been heavily criticised for over the years – due to its largely white cast and claims of gender and racial stereotyping and sex-shaming.

Episodes of the reboot have seen many nods to political correctness and sensitivity – with the characters discussing racial microaggressions, gender identity and sexuality.

Broader: Discussing the reboot’s new take, Davis explained, ‘We had this idea to come back in this way we’ve come back with a new kind of broader world’

Discussing the reboot’s new take, Davis explained: ‘We had this idea to come back in this way we’ve come back with a new kind of broader world.’

Referring to the new characters, she added: ‘They’re so brilliantly cast and they have such an interesting point of view.’

Nixon added: ‘Michael Patrick [King, the series director] really focused on the heart of each of these characters and also their connection to each other. He’s so funny but also he goes for the gut punch every time.’ 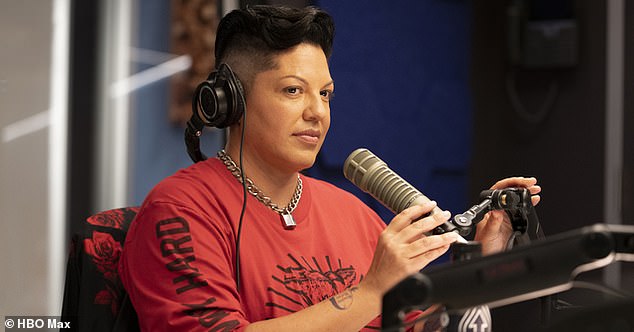 New stars: While the show lost one character in Samantha it gained some new ones such as Che Diaz (Sarah Ramirez) a non-binary (they/them) stand-up comedian who hosts a podcast

Meanwhile, Parker noted: ‘We’re back because we want to be. Nobody dragged us back, this is a hard fought choice.

‘We want to be here to tell this story in this way and invite all these new people.’

Welling up, she added: ‘I didn’t think it was going to happen… we’re very aware of the good fortune that surrounds just this effort this time.’ 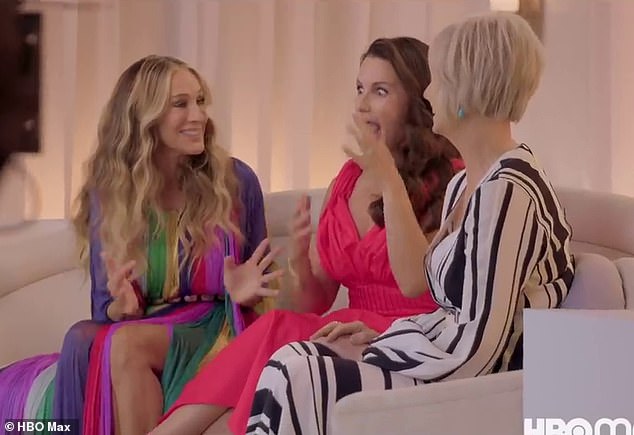 The latest: Sarah Jessica Parker, 56, expressed her happy surprise that the Sex and the City revival And Just Like That… was developed and brought to air in a roundtable chat on HBO Max Sunday alongside costars Kristin Davis, 56, and Cynthia Nixon, 55

Nixon said of the reunion, ‘You can never go home again – except very occasionally, you actually can. This amazing thing that happened in your life, 25 years ago.’

An emotional Parker said that ‘to be together is really, like, great,’ as Davis noted, ‘You never get to work with people this long, in this way, in this depth.’

Parker said that ‘there is so much that went into this endeavor,’ including Nixon and Davis being executive producers, with Nixon also directing an episode. 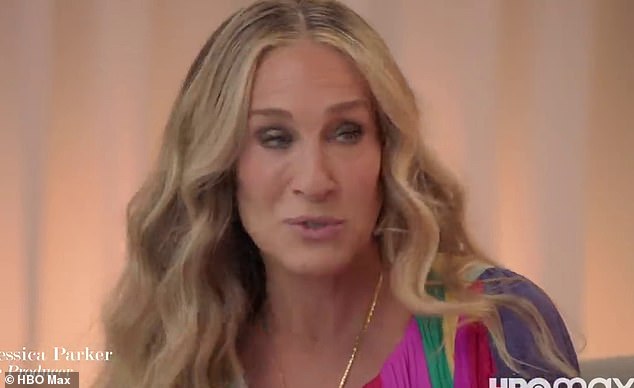 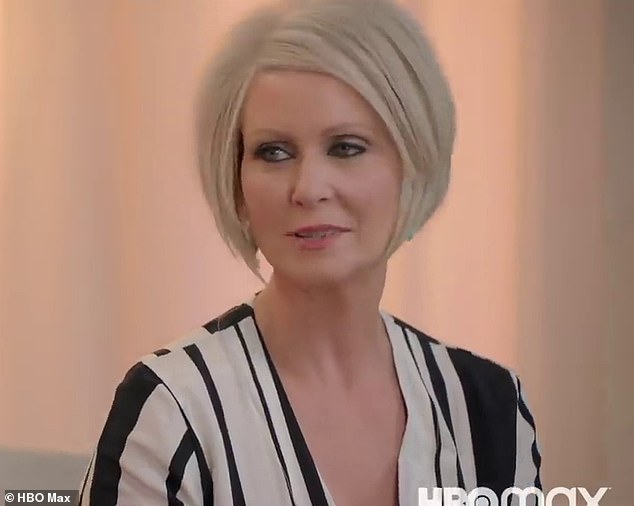 Nixon said of the reunion, ‘You can never go home again – except very occasionally, you actually can’

Davis said ‘it is such a unique thing to have’ Nixon directing with her institutional knowledge of the franchise.

‘You’ve been in it with us for so long, and you know the fabric,’ Davis said. ‘You know everything about it, right? So that when you do say something to us, it’s so fascinating. It has more weight.

‘Also, just to listen to her call cut when she’s in the scene with you, that’s special.’

The hit show initially aired on HBO from 1998 until 2004, garnering seven Emmys in the timeframe. 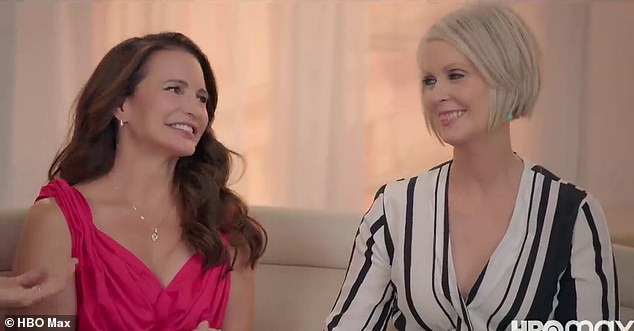 Davis said ‘it is such a unique thing to have’ Nixon also working as a director on the show, with her institutional knowledge of the franchise

Last week, the three actresses shared a message on their Instagram Stories accounts addressing the sexual assault allegations made by multiple women against the show’s Chris Noth.

Noth’s character Mr Big was killed off in episode one of the series, two weeks before the actor was hit with allegations that he raped and sexually assaulted two women – which he vehemently denies.

‘We are deeply saddened to hear the allegations against Chris Noth,’ Parker, Nixon and Davis said.

‘We support the women who have come forward and shared their painful experiences. We know it much be a very difficult thing to do and we commend them for it.’

Last week, The Hollywood Reporter published allegations of sexual assault against the star from two women who used the pseudonyms Zoe, now 40, and Lily, now 31.

In the report, both accusers claim that Noth had sex with them from behind in front of a mirror, with the first attack allegedly taking place in 2004, while the second reportedly occurred in 2015, three years after Noth married his wife, Tara Wilson, with whom he has two children.

Noth has vehemently denied all allegations of sexual assault, but he’s admitted to having ‘consensual encounters’ with both of his accusers.

Killed off: Big was killed off in episode one of the series, two weeks before the actor Chris Noth was hit with allegations that he raped and sexually assaulted two women – which he vehemently denies 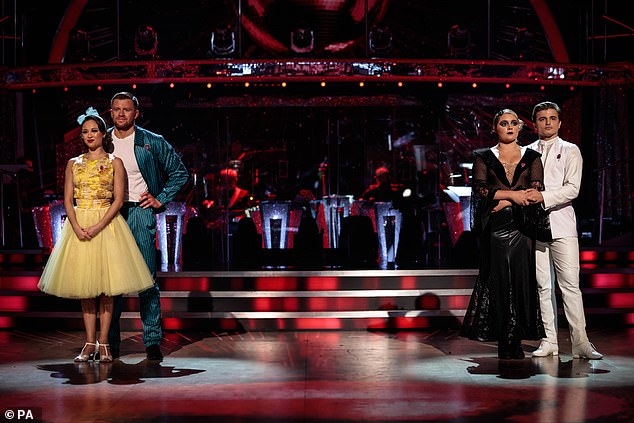 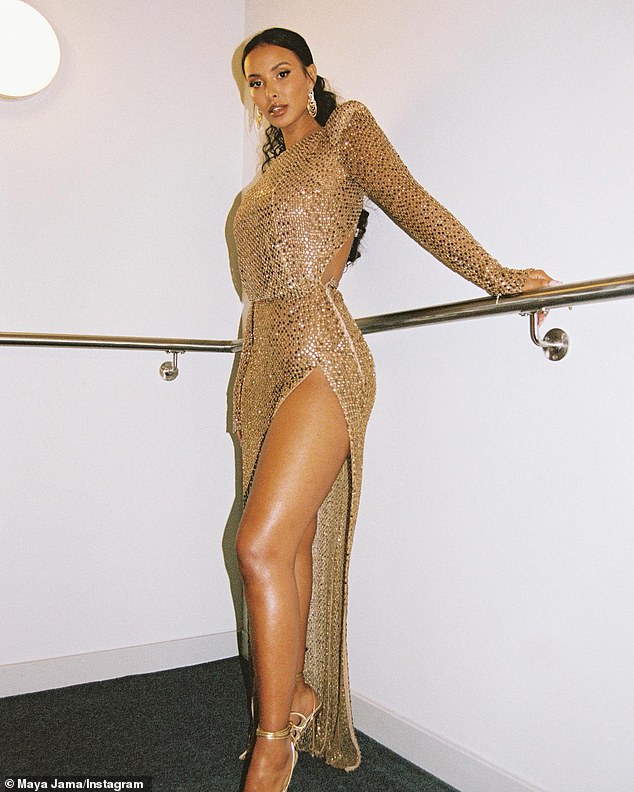 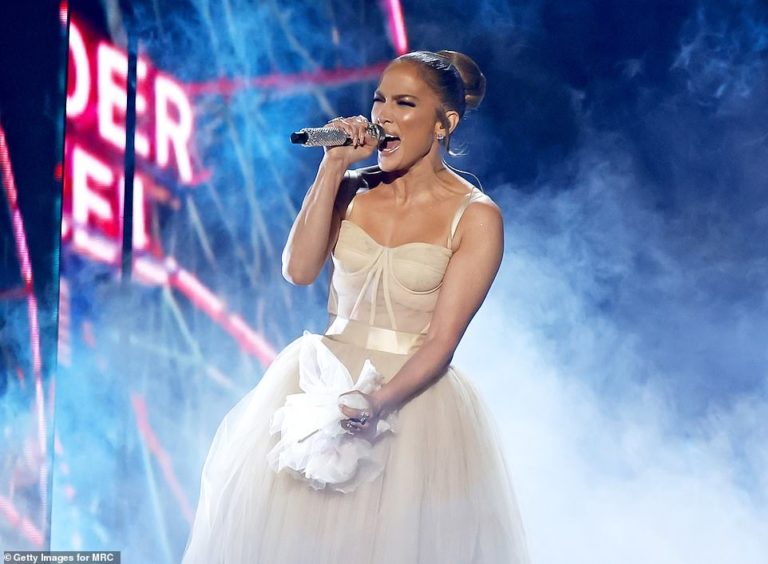 Advertisement Jennifer Lopez certainly made a bold statement and stole the show at the 2021 American Music Awards in LA on Sunday night. While there were plenty of solid performances from artists old and new – including everyone from Olivia Rodrigo to New Kids on the Block – it was J-Lo that got tongues wagging. She… 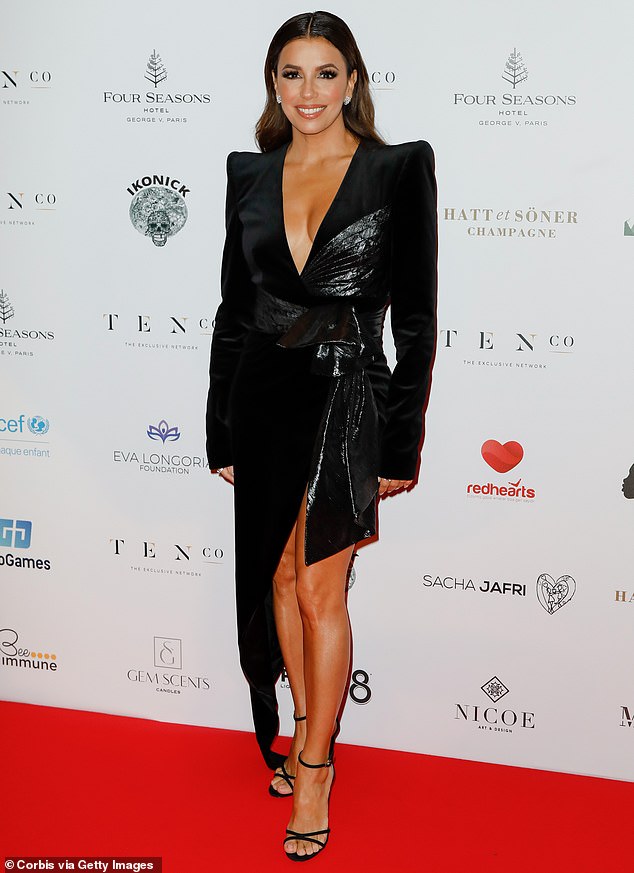 Advertisement Eva Longoria looks nothing short of spectacular in a velvet slit dress as she she attends the Global Gift Gala in Paris By Millie Payne For Mailonline Published: 19:38 EDT, 30 October 2021 | Updated: 19:38 EDT, 30 October 2021 Advertisement She is the honorary chair of the Global Gift Foundation. And Eva Longoria… 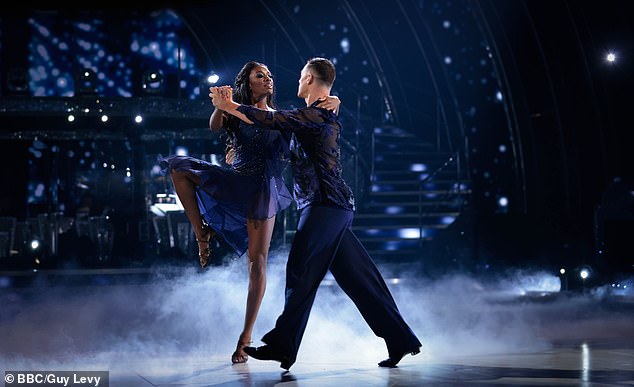 Advertisement AJ Odudu has confirmed she will attend the Strictly Come Dancing final after injuring her foot and being forced to pull out of the competition.  The presenter, 33, who was left unable to stand after suffering a torn ligament damage earlier this week, assured she ‘can’t wait to cheer on’ her former co-stars. Speaking… 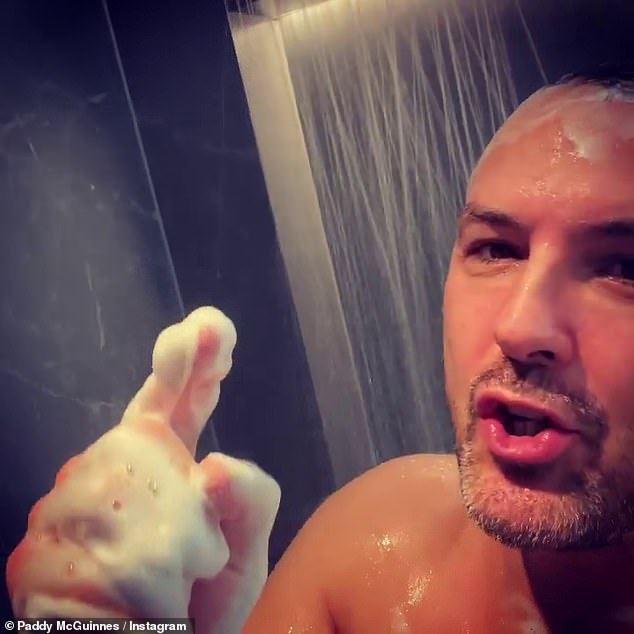