‘Sauna-like’ heat dome is set to smother 50 MILLION Americans with tropical humidity and 110f weather that could smash records set in 1925, as Alabama, Georgia and South Carolina brace for all-time highs

Fifty million Americans will be sweltering under ‘sauna-like’ temperatures of 100f and up this coming week, as a ‘heat dome’ that has been over the country all week looks set to stick around.

The heat dome is created by atmospheric pressure effectively creating a lid over the country. Radiation is unable to escape, but the sun’s rays can still get through, creating intense heat on land.

Most affected will be Alabama, South Carolina and Georgia.

In Georgia, Atlanta on Wednesday looks to break the temperature record set during the Second World War, with the mercury past 100F.

In Macon, meanwhile, a record set in 1925 may well be broken.

Nashville, Tennessee, is set for another sweltering week, with temperatures of 101 degrees – beating a record set in 1988.

Birmingham, Alabama, could see temperatures soar to 102 degrees on Wednesday and Thursday, while much of the South – Mississippi, Texas, South Carolina and interior Louisiana – will be around 100 degrees for three or more days in a row.

Hottest in America next Wednesday will be parts of Arizona and southern California, with blistering temperatures of 109f – although those areas are famed for their searing summer weather. 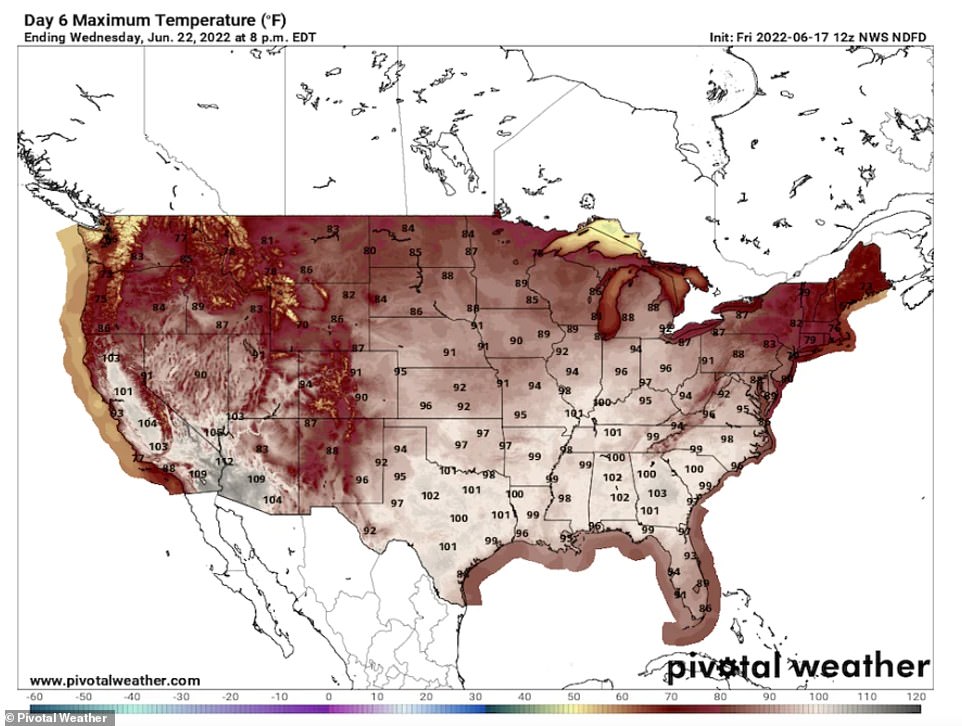 The forecast for Wednesday, June 22, shows vast swathes of the United States with extremely high temperatures 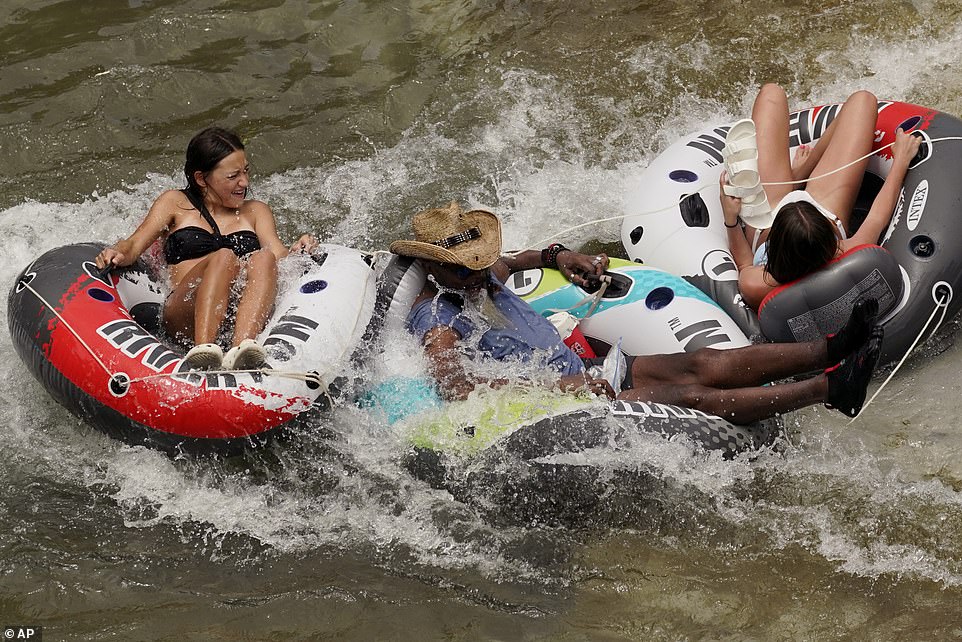 Water tubers cool off in New Braunfels, Texas, on Friday 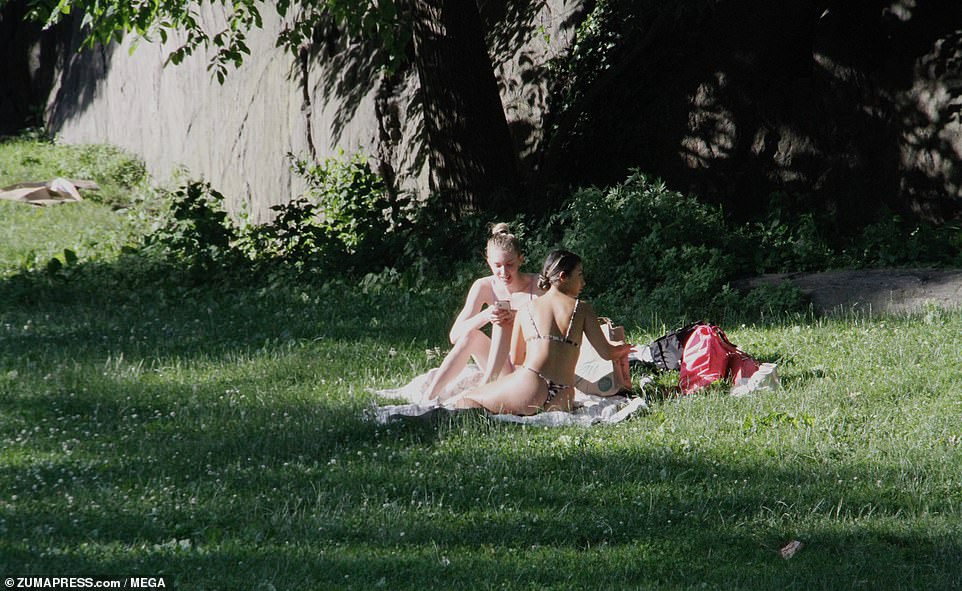 Women sunbathe in their bikinis in Central Park on Friday, amid 88 degree temperatures in the city 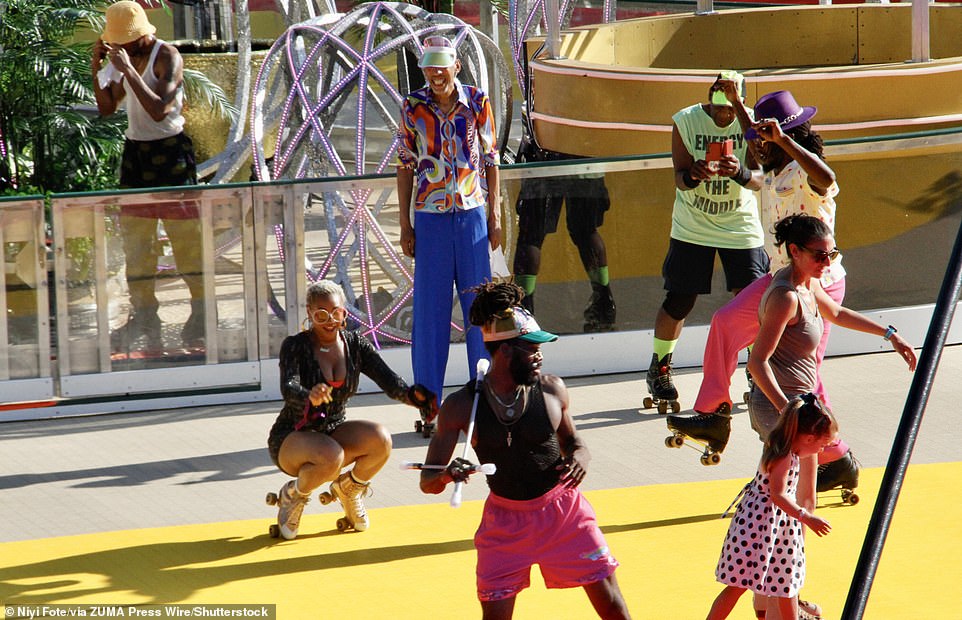 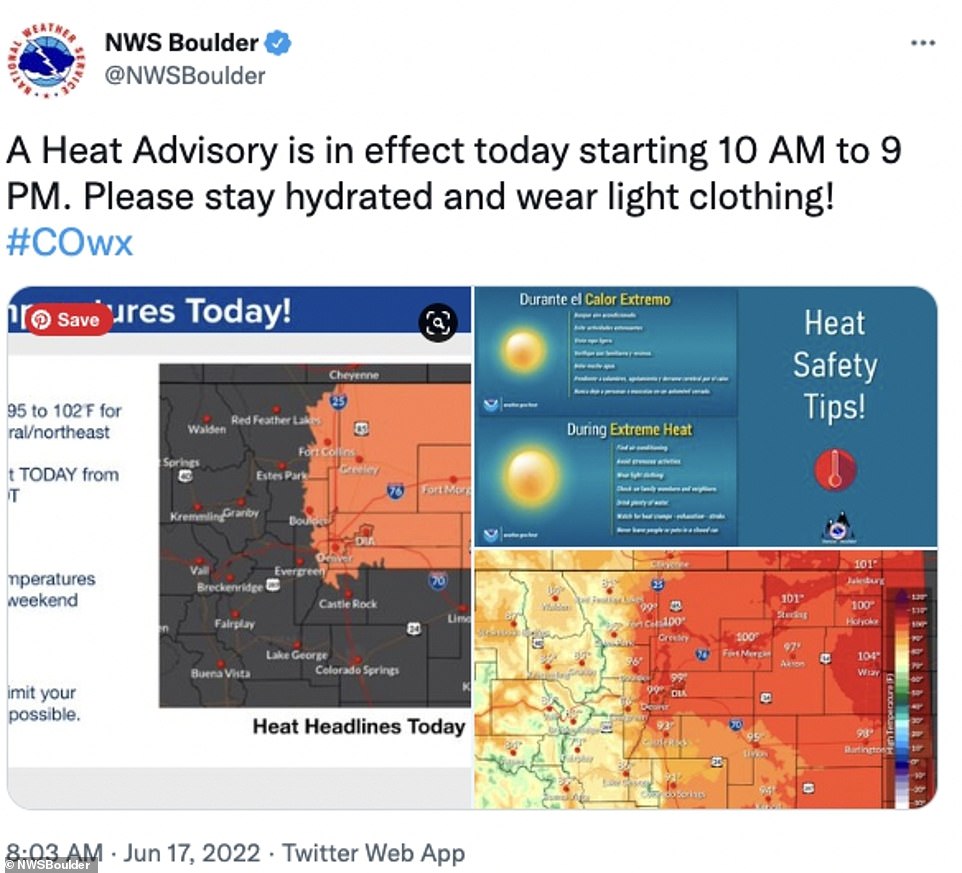 On Friday, parts of Colorado were placed under a heat advisory 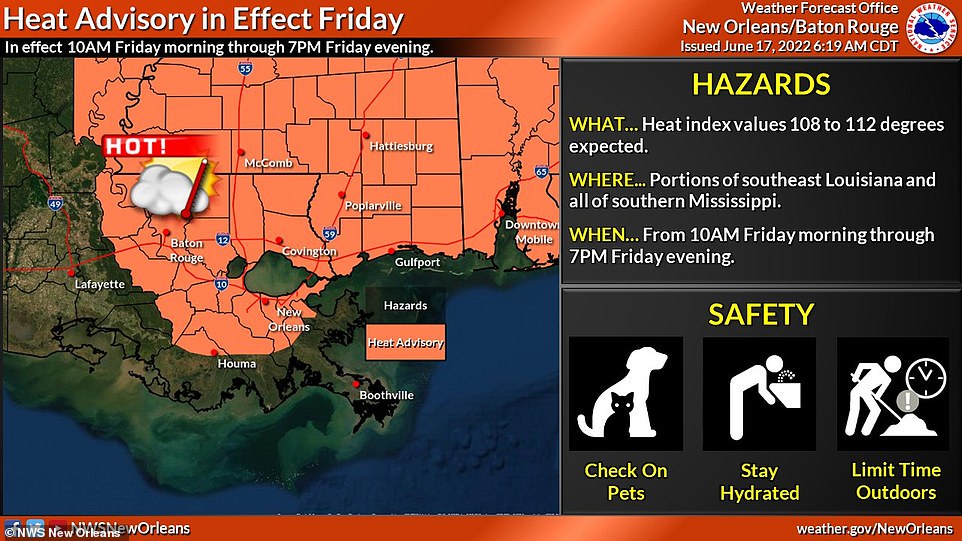 Louisiana was also being exposed to extremes of temperatures, with the orange section under a heat advisory

The extreme heat is thanks to an upper-level ridge, The Washington Post explained – essentially, a crest in the jet stream.

The ridge pushed high-altitude winds and storminess to the north over Canada and the Great Lakes, with sunshine and high pressure building in to the south.

High pressure areas bring sinking air, which warms up and dries out.

Forecasters say the heat dome is likely to linger for the next week or two.