Primary school apologises to Muslim mother-of-eight, 41, who claimed her children were fed pork sausages at lunchtime

By Alastair Lockhart For Mailonline

A Muslim mother has been left furious after her children were allegedly fed pork sausages during school lunchtime.

Mussrat Bibi, 41, claimed the children were given the food at Hollyfield Primary School in Sutton Coldfield, Birmingham.

Muslims’ religious beliefs prevent them from eating anything considered haram – ‘forbidden’ – including pork.

The furious mother, who has eight children between the ages of two and 19, said it made her entire household sick with a tummy bug.

She described the situation as ‘really upsetting’ and even claimed it put one of her children in hospital.

Ms Bibi has pulled her sons, Rayhaan and Sufiyaan, out of the school and blasted teachers who she said should ‘clearly know’ Muslim kids can’t eat pork. 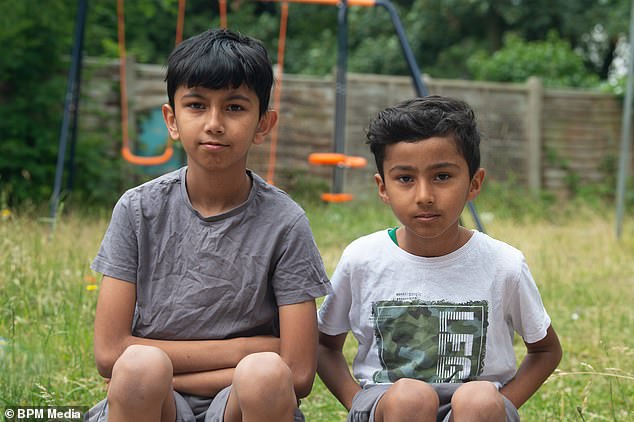 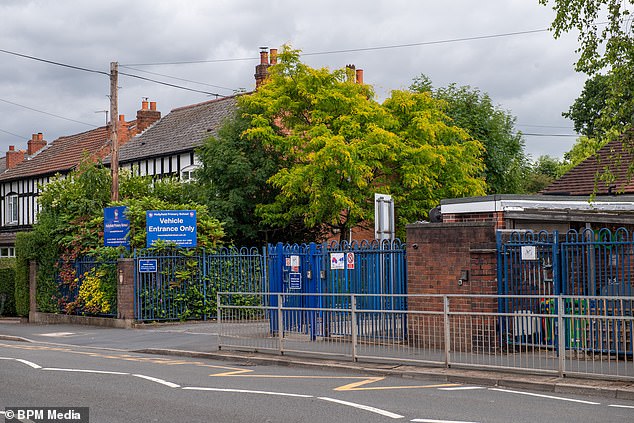 Hollyfield Primary School in Sutton Coldfield, Birmingham apologised and said it would ‘review our system to ensure it is even more robust to reduce further the risk of this sort of thing happening again’ 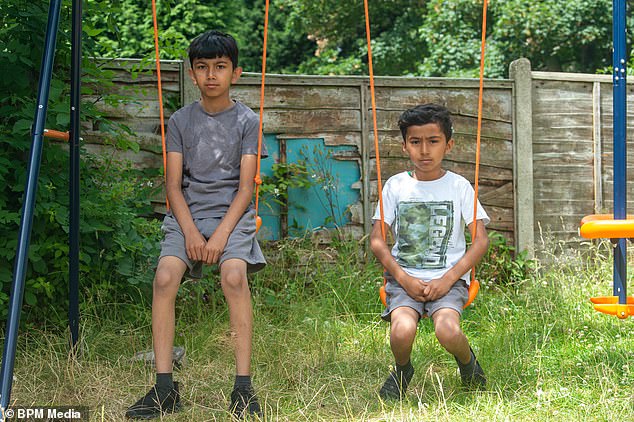 The boys’ mother, Mussrat Bibi, 41, said her sons were ‘really ill’ after eating the pork and said the school should ‘do a better job’

A spokesperson for the school apologised ‘if any mistakes were made in this instance’.

What can Muslims eat?

Bosses said they would review the school’s processes to ‘reduce the risk of this sort of thing happening again’.

Products containing pork, carrion and blood are haram – or forbidden – in Islam.

NHS guidance says that Muslims in Britain buy their meat from a Muslim butcher whenever possible.

Muslims also do not eat generally-available meat or food containing animal fats. This is in case it contains pork fat or fat from other animals not ritually slaughtered.

Ms Bibi, expressed dismay that Rayhaan and Sufiyaan were given pork sausages at their school.

Ms Bibi said: ‘I couldn’t see my children the way they were really ill. They have never had issues with food I’ve been making at home.

Asked if she felt let down by the school, Ms Bibi said she did. She urged bosses to make the guidance clearer to ensure the same doesn’t happen to other families.

Ms Bibi said the school needed to ‘do a better job’ for other Muslim children at the school.

Ms Bibi added: ‘They need to fix up. They need to mend their ways. They need to write it on the system [if] they don’t do any halal food. They should have told me in the first place.

‘I’ll no longer be taking the kids there to that school after what’s happened. My children come first.’

A spokesperson for Hollyfield Primary School said: ‘We are sorry if any mistakes were made in this instance.

‘We have a system in place for children with dietary requirements who have school lunches, issuing badges for the children so staff can clearly see what those requirements are.

‘We will of course review our system to ensure it is even more robust to reduce further the risk of this sort of thing happening again.’