Over the four weeks of his high-profile trial, Michael Sams always insisted he had not kidnapped and murdered teenager Julie Dart, who had been snatched from the streets of Leeds.

He had, he confessed, abducted estate agent Stephanie Slater and secured £175,000 for her ransom, but of the earlier crime, he steadfastly maintained his innocence.

The jury, however, saw through his lies, and the one-legged toolmaker was given four life sentences.

And Detective Chief Superintendent Bob Taylor, who had led the gruelling investigation that brought Sams to justice, might have hoped he’d seen the last of the callous killer. 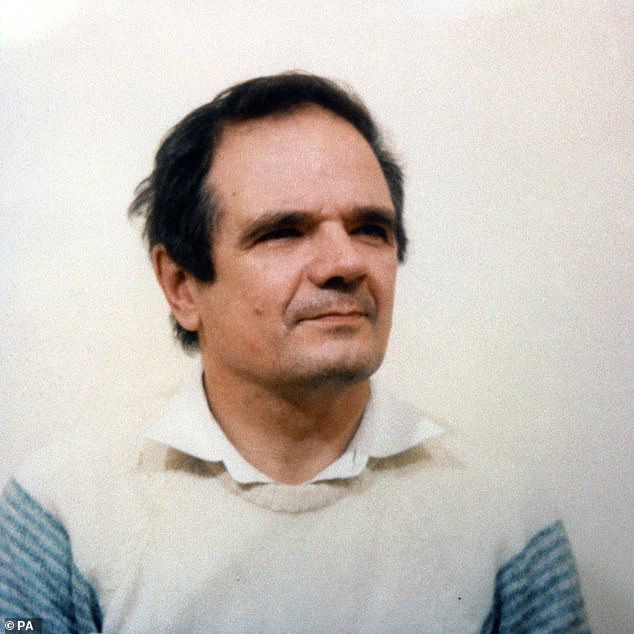 Killer Michael Sams had always insisted he did not kidnapp and murder teenager Julie Dart in 1991, but secret police tapes reveal he confessed to a detective just days after his conviction

But just days after sentence was handed down, the officer received word that Sams wanted to speak to him.

They met in the dining hall at Full Sutton Prison in East Yorkshire, where Sams finally confessed that he had bludgeoned and strangled 18-year-old Julie, who was working as a prostitute, after snatching her as a ‘dummy run’ for the kidnap of the estate agent six months later.

And he admitted that even though he had asked for a ransom, he had no plan to release her.

He calmly told Mr Taylor: ‘When I went out to kidnap Julie Dart, there was only one intention, and that was to kill her. There was no intention whatsoever to keep her alive.’

What Sams didn’t know was that Taylor had concealed a tape recorder in the briefcase he bought to their meeting. 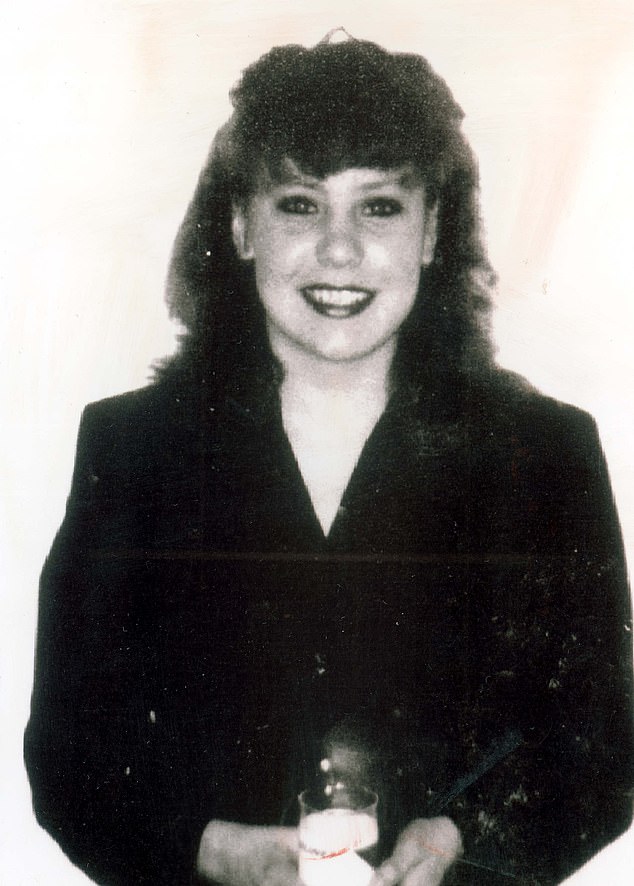 Michael Sams abducted and killed 18-year-old Julie Dart in Leeds on July 9, 1991, after luring her into his car in the city’s red-light district, just months before kidnapping Stephanie Slater

That recording has been kept under lock and key for nearly 30 years, but later this month, for the first time, Sams’s confession in his own words will be heard by the public.

‘The cockiness he had shown in the past wasn’t there,’ Mr Taylor recalls of that meeting.

‘He walked in – a criminal who had been Britain’s most wanted man… dragging his leg.’

Even three decades on from their encounter, Mr Taylor, now retired, remains shocked at Sams’s callous attitude to his horrific crimes.

The recording forms part of a new documentary about the case, Michael Sams: Kidnapper Killer, which will stream on Discovery+ from July 31.

In it, Sams, who had lost his right leg to cancer while serving a pre­vious jail sentence, explained how he drove to a red-light district in the Chapeltown area of Leeds on July 9, 1991, in search of his victim.

There he found Julie, who had turned to prostitution to clear her debts so she could pursue her dream of an Army career, having passed the medical and other assessment tests.

Sams said that when she got into the passenger seat of his car, she lent forward to remove her shoes.

At that moment, he grabbed the back of her head and threw a ready-prepared noose around her neck.

He said: ‘She were bending down and obviously she couldn’t move and I was saying, “You can’t scream.” I mean, she did do little screams. I had the rope already round her neck and I pulled it and she couldn’t move.’

The officers, who had come to refer to his victim as ‘our Julie’ during the investigation, were aware of her background.

‘Did she tell you why she was acting as a prostitute?’ one asked her killer. ‘No, she told me it was her first night,’ replied Sams. ‘She said she’d never been out before.’

The kidnapper drove the terrified teenager 70 miles to his workshop in Newark, Nottinghamshire. 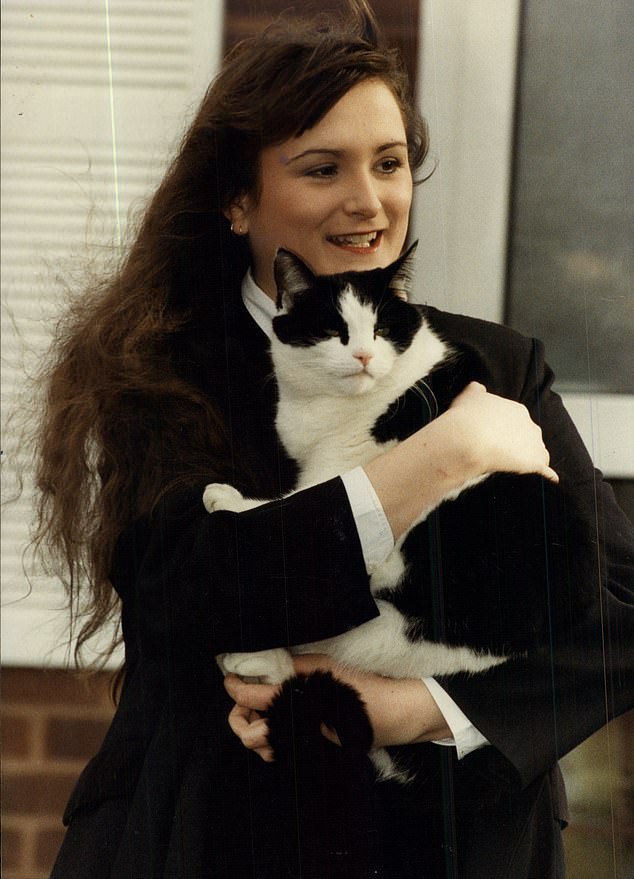 Estate agent Stephanie Slater was kidnapped at knifepoint while Michael Sams posed as a house buyer in Birmingham and then raped, before he released her for a £175,000 ransom

After leaving Julie locked up overnight, Sams returned to his workshop and ordered her to write letters to her boyfriend and mother Lynn, telling them that she was being held and urging them to contact police. Sams dispassionately told the officers that – her usefulness to him now over – he then bludgeoned Julie to death with a ball-peen hammer.

‘She wanted a wash, so I let her have a wash,’ he said. ‘I said, “Right, I want to tie your hands behind your back.” She was laid on the mattress and I had the hammer at the side of me.’

He added pathetically: ‘I didn’t know how to hit someone to make them unconscious, that’s all.’

A post-mortem examination of Julie’s body, which was found trussed up in a sheet and ropes under an oak tree in Easton, Lincolnshire, ten days after her disappearance, revealed that Sams had strangled the life out of her by crushing her windpipe with his bare hands.

He kept her body for a week in a green wheelie bin before transporting her decomposing remains to his chosen dumping ground.

With shocking detachment, Sams referred to the teenager as ‘it’, saying: ‘So I went out and dropped her off. I have no idea where I dropped it. It was just a coincidence it was by a railway line.’

Six months later, Sams would adapt his methods for his next crime, abducting Stephanie Slater at knifepoint while posing as a house buyer in Birmingham and imprisoning her in a wheelie bin in the same workshop.

Although her disappearance prompted a huge manhunt, Sams evaded police and escaped with a £175,000 ransom – only to be snared later after an appeal on the BBC’s Crimewatch.

In Julie’s case, Sams sent her notes to her distraught loved ones on July 11 along with a typewritten letter to police demanding a £140,000 ransom.

Officers attempted to comply, and a policewoman with a holdall containing the cash was sent on Sams’s instructions to various locations, but all attempts at the handover failed.

With the hindsight provided by Sams’s confession, Mr Taylor said his ransom demand was a cruel hoax designed to give police the false hope that Julie could be saved.

‘She was dead before we did the ransom run,’ the former detective said. ‘She was a disposable victim. She was always going to die. She was being used to intimidate us.

He was saying, “You have seen what I have done now. If you don’t do what I say, the bodies will start mounting up.”’

Towards the end of the interview, Sams told officers he had decided to make a confession for the sake of Julie’s grieving mother.

He said: ‘I’ve been going over it and thinking it’s only fair that she knows I did it. I mean, obviously, I did do it. What can I tell her? I do feel sorry for her, yes.’

‘The first person ever to be scared of me’

Michael Sams abducted Julie Dart in Leeds on July 9, 1991, after luring her into his car in the city’s red-light district.

His confession came three days after he was convicted of her murder in July 1993, having denied the crime at trial.

In the tapes Sams (MS) says: ‘She were bending down [to remove her shoes] and obviously she couldn’t move and I was saying, “You can’t scream.” I mean, she did do little screams… ‘I had the rope already round her neck and I pulled it and she couldn’t move. And she said, “What do you want?” I said, “I’ll tell you when we get there.”’

Sams drove her to his workshop in Newark where he would later keep estate agent Stephanie Slater captive for eight days.

The police officer (PO) asked: ‘You had Julie lay down on the carpet?’

MS: ‘She had a mattress as well that she could lay on. Her hands were bound.’

PO: ‘You mentioned that she had a rope around her leg as well? Where was that secured?’

MS: ‘There were some little black brackets on the back wall… She was tied on to them. I said she was going to be held kidnapped and I was going to get some money for her release.

MS: ‘It was about 6pm on the Wednesday night, so that would be the 10th.

‘She wanted a wash, so I let her have a wash. And I said, “Right, I want to tie your hands behind your back.”

She was laid on the mattress and I had the hammer at the side of me.’

MS: ‘About three… When I went out to kidnap Julie Dart, there was only one intention and that was to kill her. There was no intention whatsoever to keep her alive.’

Sams kept Julie’s body in a green wheelie bin for a week before dumping her remains.

Sams’s evil ingenuity was evident when he collected the ransom for Stephanie from her employers under the noses of police.

Kevin Watts, boss of Shipways Estate Agency, was told to follow a tortuous route before obeying written instructions to put a holdall into a tray on a bridge parapet over a disused railway line in South Yorkshire.

Sams, waiting 60ft below, tugged on a fishing line secured to the tray and the money fell into his arms before he loaded it into the panniers of his moped and escaped.

In a secret media briefing later, a police chief admitted: ‘We lost the money, we lost the kidnapper and we lost the girl.’

Sams escaped with the money but had made a crucial error the day before the ransom handover.

Unplanned, he had phoned Shipways demanding: ‘Have you got the money?’ He had done so to reassure Stephanie that she was going to be released unharmed, but in his haste had forgotten to put a ‘gobstopper’ sweet in his mouth to disguise his voice as he had done previously.

Sams showed more emotion about Stephanie than he ever did with Julie.

Interviewed by police, he broke down – as he always did at the mention of her name – and said: ‘Stephanie was always going home.’

But his decision to free her helped seal his conviction for Julie’s murder. When Sams’s certain role as Julie’s killer was explained to her, Stephanie was able to provide an artist with a remarkably accurate description, leading to an uncannily realistic drawing.

When Crimewatch aired, Sams’s ex-wife, Susan Oake, screamed at the TV in recognition as the clues provided by Stephanie were revealed.

At Nottingham Crown Court, he pleaded guilty to kidnapping and imprisoning the estate agent and making a £175,000 ransom demand.

Stephanie, who was raped by Sams while a captive, subsequently worked with police to help improve the treatment of kidnap victims, but died of cancer in 2017, aged just 50.

Sams, now aged 80, remains in jail, where he is one of the UK’s oldest prisoners.

In 2005 he was given an extra eight years for attacking a female probation officer with a metal spike.

Two years ago, the Parole Board ruled that he was still too dangerous to be released.