The Nigerian Military continues to sustain the s onslaught on Boko Haram/ISWAP elements in the Northeast region in a bid to completely wipe out the terrorist group from the region.

Yesterday, troops of Operation Fire Ball, a subsidiary operation of Lafiya Dole neutralised some Boko Haram/ISWAP members and recovered some items from them during a clearance operation in Ladantar Village.

The operation was carried out by men of the 151 Battalion deployed in the Special Response Area in Miyanti. The superior firepower of the troops led to the death of two terrorists while one of their IED (Improvised Explosive Device) was captured.

Some of the items recovered include: captured includes: one Box of Service Tools, one Gas Cylinder suspected to be for making IED.

This was made known in a statement made public by the Acting Director, Defense Media Operation, Brigadier General Bernard Onyeuko as he updates on the operations carried out by various sectors of troops in the theatre of operation.

The troops of Operation FIRE BALL in continuation of aggressive clearance operation to stamp out the remnants of the Boko Haram/Islamic State West Africa Terrorists in their identified enclaves in the North East region have continued to record more successes.

On 11 November 2020, troops of 151 Battalion deployed in Special Response Area Miyanti acting on credible intelligence embarked on an aggressive Fighting Patrol to clear Boko Haram elements in their hideout in the general area of Ladantar Village. Expectedly, the gallant troops made contact with the terrorists and engaged them with an overwhelming fire power forcing the terrorists to withdraw in disarray.

Nevertheless, the unrelenting troops gave a hot pursuit and inflicted heavy casualties on the fleeing terrorists. In the aftermath of the decisive encounter, 2 Boko Haram/ISWAP terrorists were neutralized and one terrorist Improvised Explosive Device (IED) expert was captured. Also, equipments captured includes: one Box of Service Tools, one Gas Cylinder suspected to be for making IED.

In another development, troops of Army Super Camp 19 Bitta came under attack from an unconfirmed number of Boko Haram Terrorists who attempted to infiltrate the heavily fortified camp. The eagle eyed troops who were at high alert repelled the criminals with superior fire power forcing them to withdraw in disarray as blood stains littered along their escape paths.

Similarly, on 8 November 2020, troops of 26 Task Force Brigade Garrison deployed in Gwoza observed Boko Haram criminals advancing to their location in 4 gun trucks and unconfirmed number of foot soldiers. The gallant troops engaged the marauding criminals with heavy fire power neutralizing one suicide bomber while others flee in utmost confusion.

Additionally, on 8 November 2020,troops of 192 Battalion deployed in Gwoza also foiled an attempted attack on their location. After the brief encounter, the criminals  escaped with gunshot wounds as traces of blood of dragged casualties were seen during exploitation. However, the valiant troops captured the following; one AK 47 Rifle, one AK 47 Rifle Cover, 4 rounds of Light Machine Gun, 15 rounds of Fabricated 7.62mm, one AK 47 Rifle magazine, 2 rounds of Brownie Machine Gun, 7.62mm links and one Dane Gun. Others include: 2 Rocket Propelled Grenade bombs and 66 rounds of PKT.

The troops of Operation FIRE BALL are hereby commended for their resilience, gallantry and professionalism exhibited since the beginning of the Operation. They are equally encouraged not to rest on their oars but build on the successes recorded so far.

The entire populace of the North East region are hereby assured of the Nigerian military high command determination to finally rout the remnants of BHT/ISWAP criminals from their enclaves in this zone. 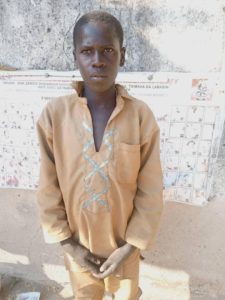 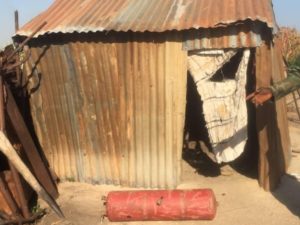 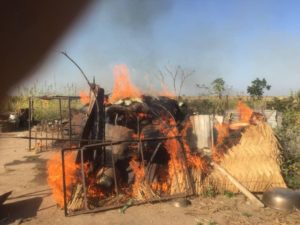