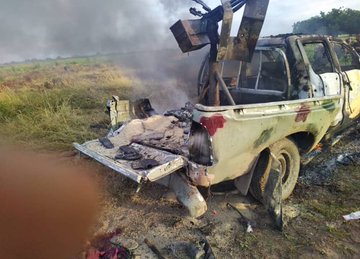 In a combined air and ground operation on saturday afternoon troops of the 107 Battalion backed by air power obliterated over 21 guntrucks and killed over 40 ISWAP insurgents.