Gallant Troops of Operation Tura Takaibango continues to achieve tremendous successes in the on-going offensive of the Nigerian military around the strongholds of the Boko Haram terrorists.

In a well-coordinated ground and air onslaught, Troops of Operation Tura Takaibango attacked one of the strongholds of the terrorists which led to the death of 81 fighters.

Also, troops also rescued a woman and other children in the attack as it destroyed the enclaves of the Boko Haram fighters in the Bama axis of the state.

While some terrorists escaped with various degrees of gunshot injuries, troops took turns in destroying the enclaves that housed the Boko Haram fighters. 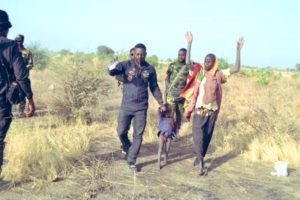 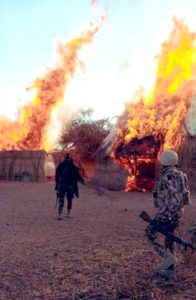