Senator Ahmed Sani Yerima the former Governor of Zamfara State has stated that the ruling All Progressives Congress (APC) never had any agreement to zone the presidency to the South-West region in 2023.

He made it known that at the end of President Muhammadu Buhari’s tenure in 2023 he wants to contest for the top political position in the land.

He said, “You see, I don’t think there is anything like agreement. You can ask Mr. President, he led the group, Asiwaju was there, I was part of it, there was no meeting I didn’t attend or any meeting that I attended that there is such agreement. 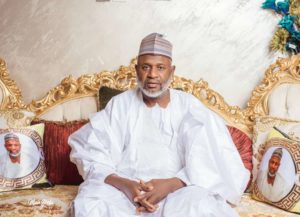 “(Such an) agreement can’t be verbal; it has to be written. In any case, any agreement that is contrary to the laws of this country is not an agreement. The constitution is very clear, the Constitution of the political parties, the Electoral Act. We are in a democracy and democracy is governed by processes and procedures and bylaws.