A good Samaritan who was allegedly bashed by two thieves at a Perth retirement village heroically lured the men away from the facility to protect his elderly neighbours.

Christopher Hands, 65, was collecting money for the Salvation army from fellow residents of the Jindalee Retirement Community , in Hamilton Hill, on Sunday when he was allegedly set upon by two young men trying to steal the $100 in donations.

The grandfather led the men away from his frail neighbours but was allegedly brutally attacked, with the pair allegedly pushing him to the ground before punching and stomping on his head. 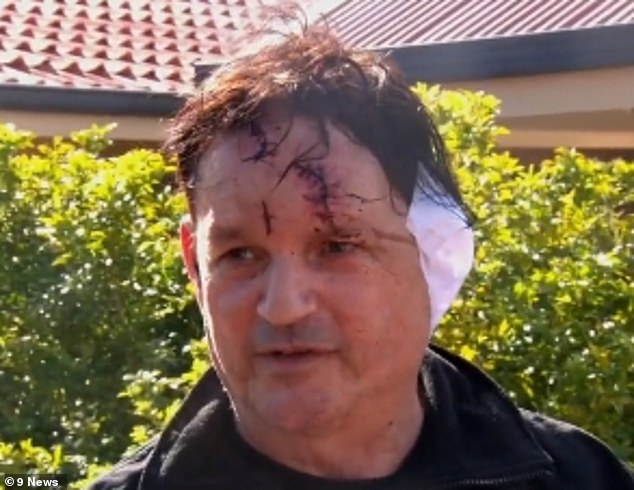 Christopher Hands, 65, (pictured) spent Sunday night in hospital after he was allegedly beaten by two men

Mr Hands was rushed to hospital with serious head injuries where he underwent surgery and received 27 stitches before he was released on Monday.

‘I could see blood streaming down from my ear onto my jacket.

Lorentz James Warren, 20, and Jacob Ramos, 19 have been charged with aggravated robbery and stealing a motor vehicle in relation to the incident, ABC News reports.

Police were called to the Erpington Road housing complex about 7.15pm after reports of a disturbance at one of the units and the sound of objects smashing.

Police will allege they arrived to find the men trying to flee in a stolen car.

Police were called to Jindalee Retirement Community in Hamilton Hill about 7.15pm on Sunday

Ramos was allegedly pulled from the car by officers while Warren allegedly took off on foot before he was arrested a short time later after being stopped by a police dog and its handler.

Warren faced court via an audio link on Monday from Royal Perth hospital, where he was being treated for a dog bite, while Ramos later fronted a hearing in person.

Both men did not apply for bail and are due to appear in Fremantle Magistrates Court next week.

‘It’s definitely cowardly, it’s a terrible, terrible crime against the victim who was simply minding his own business not far from where he lived,’ he said. 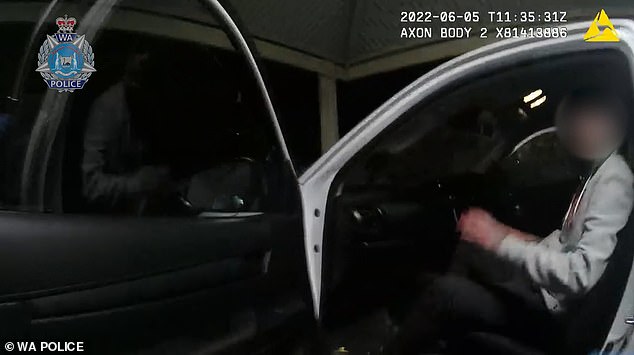