A new BBC must-watch thriller is shining a light on the shocking true story of a double murder case in Nottinghamshire which launched one of the UK’s biggest manhunts – and left a small mining community reeling.

Sherwood – which is set to hit screens on June 13 – will follow a Nottinghamshire mining village where two separate and unrelated murders in 2004 launched an intensive search in an area of woodland.

Robert Boyer, then-42, was wanted in connection with the killing of former miner Keith Frogson, 62, who was found dead on his doorstep following a brutal attack as he left a local pub in the Nottinghamshire pit village where he lived.

Meanwhile officers were also searching Annesley Woods for 55-year-old Terry Rodgers, who was sought in connection with the murder of his daughter, Chanel Taylor.

The two murders were carried out within two weeks of each other. It was weeks before both men were finally arrested and ultimately charged with their crimes. 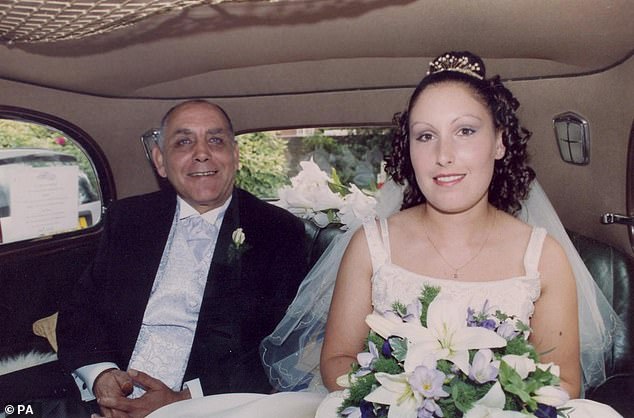 The new BBC must-watch thriller Sherwood is shining a light on the shocking true story of a double murder case in Nottinghamshire which launched one of the UK’s biggest manhunts – and left a small mining community reeling (pictured, Terry Rodgers, who killed his daughter Chanel Taylor) 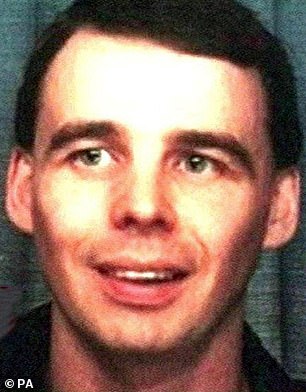 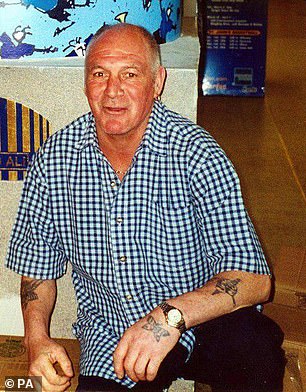 Robert Boyer, then-42, (left) was wanted in connection with the killing of former miner Keith Frogson, 62, (right) who was found dead on his doorstep following a brutal attack as he left a local pub in the Nottinghamshire pit village where he lived

Father-of-three Keith Frogson was a prominent member of the National Union of Miners who had been heavily involved in the strike of 1984.

He had in the past clashed with Boyer, a member of the rival Union of Democratic Mineworkers.

Boyer had mental health problems and wrongly believed that Keith was out to get him.

The two men were believed to have had a heated argument about the 1984 Miner’s Strike which Boyer had worked through. 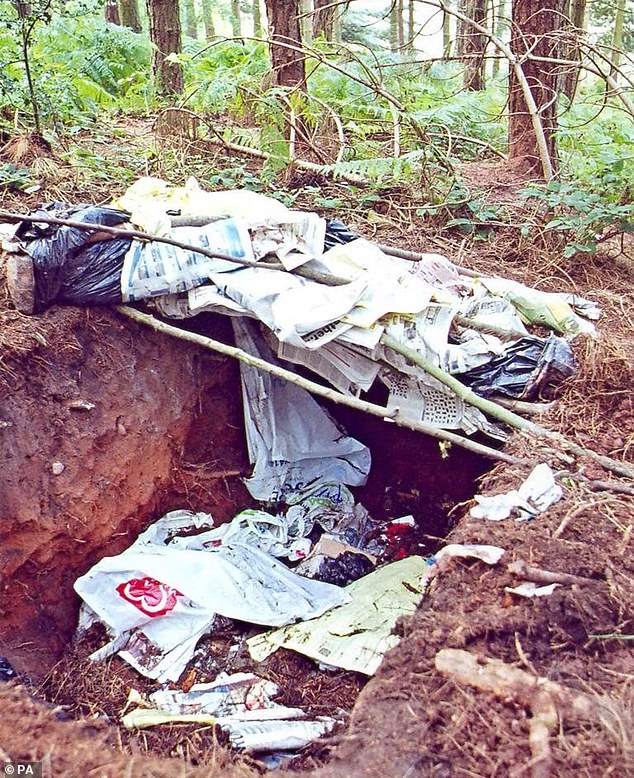 On the night of July 19, he waited for Keith to return from the pub, shot him with a crossbow and then attacked him with a sword. Keith was found dead on his doorstep following the brutal attack.

He had been killed with a crossbow and Samurai sword, which it later emerged Boyer had bought for £150 online.

Police later named Boyer, a so-called ‘scab’ who joined the rival Union of Democratic as a suspect in the killing of Keith, after mineworkers became their prime suspect in the case.

One of the UK’s biggest manhunts in history: How two men hid out in a wood to evade capture

Boyer went on the run, hiding out in  Annesley Wood.

July 31 – Last sightings of Rodgers, his car is found abandoned. He is believed to have fled to Annesley Wood.

August 16 – Rodgers was found by police and arrested

Meanwhile Rodgers, who was said to be possessive of his daughter, had recently separated from his wife, Anne, and left their home in nearby South Normanton.

At the time, sources said Chanel was frightened to step out of line when her father was around.

Rodgers, who was known to police before the killing, had also sold his security business and was in some financial difficulty, according to friends.

However on July 30, the body of 23-year-old Chanel was discovered by her new husband, Lee, with gunshot wounds at the home they shared in New Street.

She was found with gunshot wounds to the back and head.

They had married just seven weeks earlier and her father, who had recently moved in with the couple, had given her away.

Rodgers then disappeared, having last been seen just a few miles from where she was shot dead on Saturday July 31. Meanwhile, his car was found abandoned nearby.

Immediately after the incident, Lee said he was still struggling to come to terms with the tragedy.

He said in an earlier statement: ‘We were a newly-married couple and I am devastated with regards to the death of my wife, Chanel.

‘We were very happy and looking forward to a long life together. Tragically this will no longer happen.’

Six days after the murder, detectives discovered a shotgun hidden under a duvet in the house where Mrs Taylor was killed.

A huge combined manhunt was launched. Operation Rendition included some 620 officers, including marksmen and dog handlers, who began scouring the 1.5 square miles of local woodland for both men, assisted by two helicopters with heat-seeking equipment.

And the search for Rodgers – which was the biggest ever carried out by Nottinghamshire Police – led to the discovery of Boyer in a makeshift den.

Armed officers detained Boyer after he was sighted in the area looking gaunt and dishevelled. 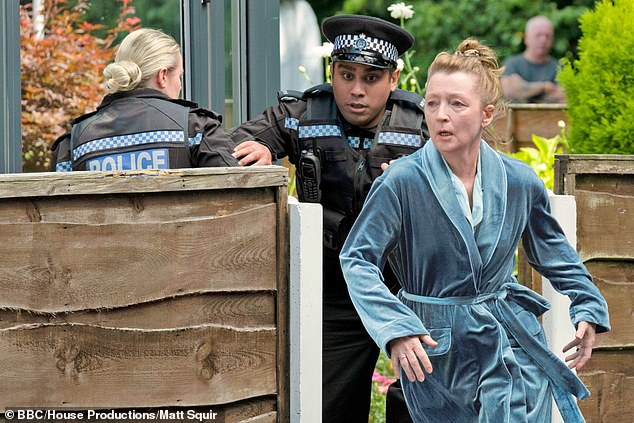 New series Sherwood is inspired by the case, and set in an 80s Nottinghamshire community who are still dealing with the after-effects of the miners’ strike

The officers found a hideout that had been dug out of the hillside and covered with foliage, and staked out the area deep in the woods, arresting Boyer at around 1am.

Detective Chief Inspector Russ Foster said he thought Boyer had been living in his woodland dugout since the killing, living off tinned food and bottled water.

The officer added: ‘I am absolutely elated and overwhelmed with the support the public has given us.

‘We will now review the search perimeters as we continue to look for Terry Rodgers.’ 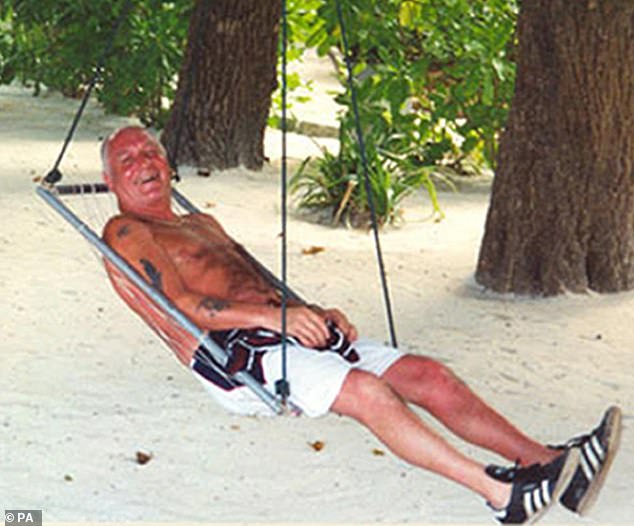 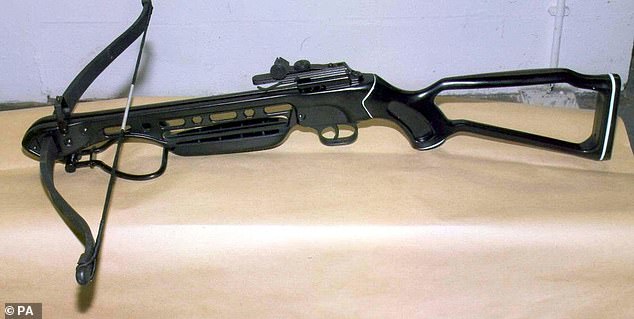 He had been killed with a crossbow and Samurai sword, which it later emerged Boyer had bought for £150 online

Mr Foster said a doctor had examined Boyer, adding: ‘It has been confirmed that he is fit and well and was fit enough to be detained.

‘After he is given a significant rest period, officers will be looking to conduct a series of interviews with Robert Boyer.’

Hundreds of police continued their search for Terry. He hid out in the woods for 17 days, managing to evade capture from the police before he was found.

He admitted to manslaughter on the grounds of diminished responsibility, but denied her murder. 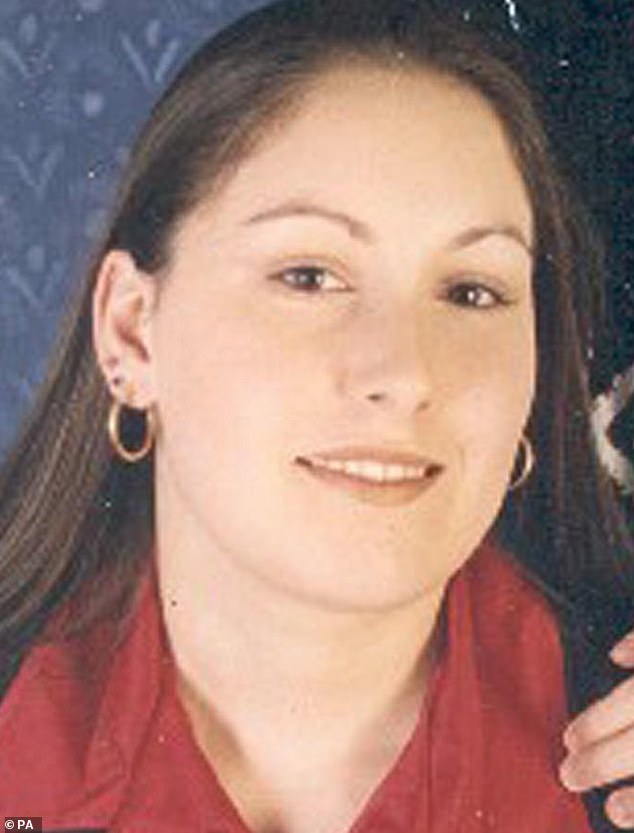 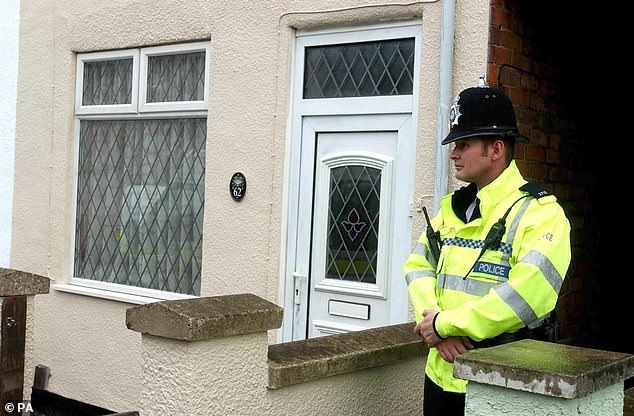 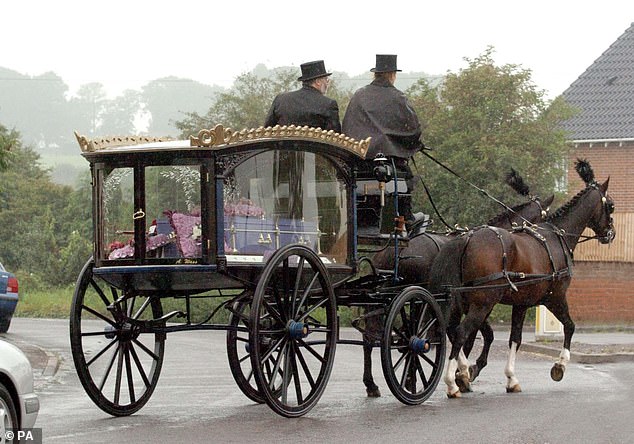 However, prosecutors refused to accept his plea, and a murder trial was set for March 6, 2006.

Upon being placed in Lincoln Prison on remand, he began denying food and by November 2004, he was on suicide watch after making threats to kill himself.

After refusing food for two years, he died at the age of 57 at Lincoln County Hospital on February 25, 2006.

The new series Sherwood is set in an 80s Nottinghamshire community who are still dealing with the after-effects of the miners’ strike. 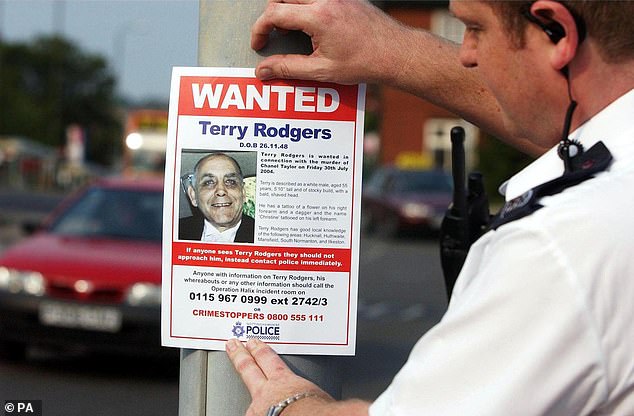 A huge manhunt was launched for Rodgers, along with Boyer, with wanted posters stuck in public places 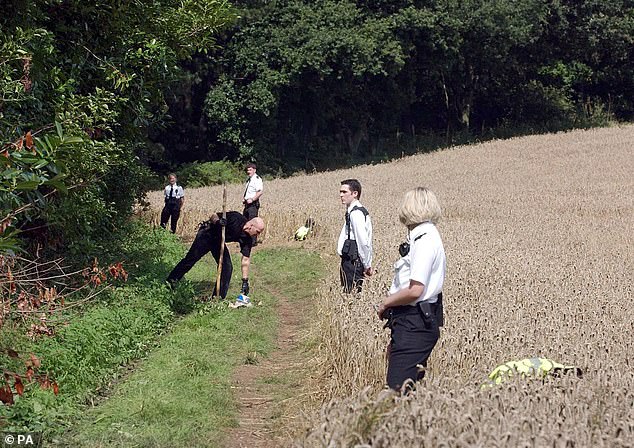 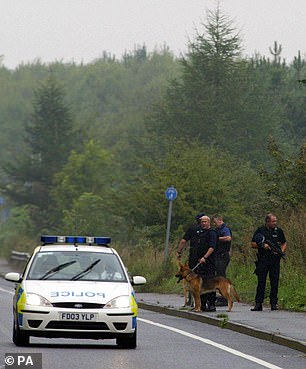 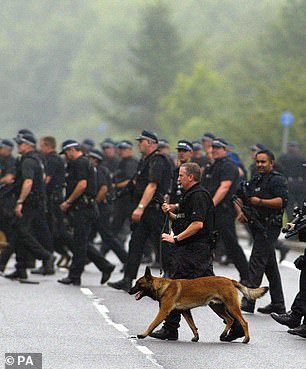 The team began scouring the 1.5 square miles of local woodland for both men, assisted by two helicopters with heat-seeking equipment

In a release about the upcoming show, the BBC explains: ‘To solve the murders, police inspectors Ian St Clair, from the local constabulary, and Kevin Salisbury from the Met, must reunite and bury a rivalry that stretches back to 1984.’

Robert Glenister appeared on This Morning today, where he spoke about the drama and revealed how the METs arrival to help with the manhunt had sent tremors through the community.

He said: ‘The MET coming up – it caused huge divisiveness in the community.

‘My character is forced to come back up to Nottingham, having been there during the strike, because there is information about a particularly case that only he can rectify. All those conflicts and that antagonism rekindled itself. 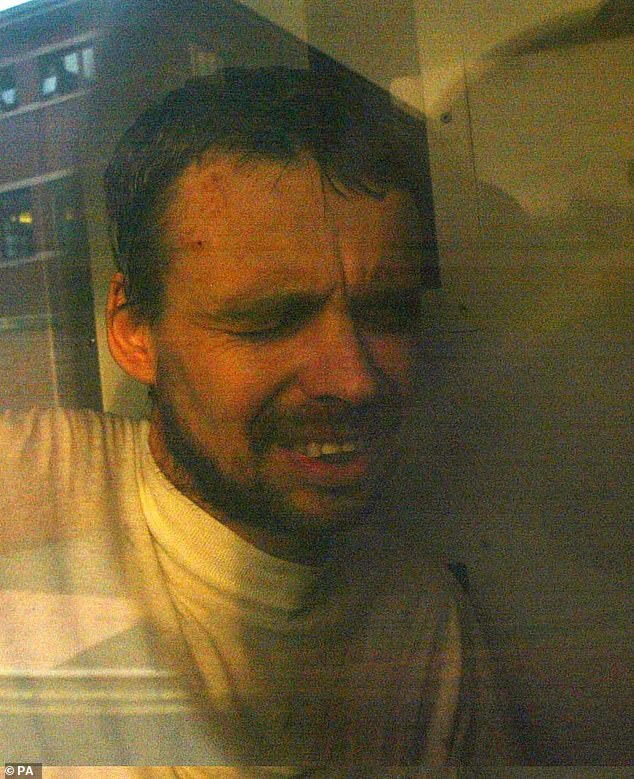 Finally, both men were captured – Detective Chief Inspector Russ Foster said he thought Boyer had been living in his woodland dugout since July 19, living off tinned food and bottled water