Singer Craig David said he has been violated by a stalker’s campaign of harassment – but she insists she is no threat and ‘Elvis had worse’.

The 41-year-old R&B star is applying for an indefinite stalking protection order against infatuated Tanya Jeal, 31, at Bromley Magistrates’ Court.

Jeal stalked him between 2016 to 2021, knocking on his hotel room door, attending his home address and sending a letter to his parents.

In a statement read out in court, Seven Days crooner Mr David said: ‘The whole series of incidents has left me feeling violated and uncomfortable in my own home.’

He called Jeal ‘sinister’ and said that she had left him ‘in fear’.

David added: ‘I want to be able to walk down the street without looking over my shoulder.

‘This female is the only person who has made me feel this way throughout the whole of my career.

‘I tried to see her as someone who was a little too excited…[but it] escalated into something that was far more scary.’ 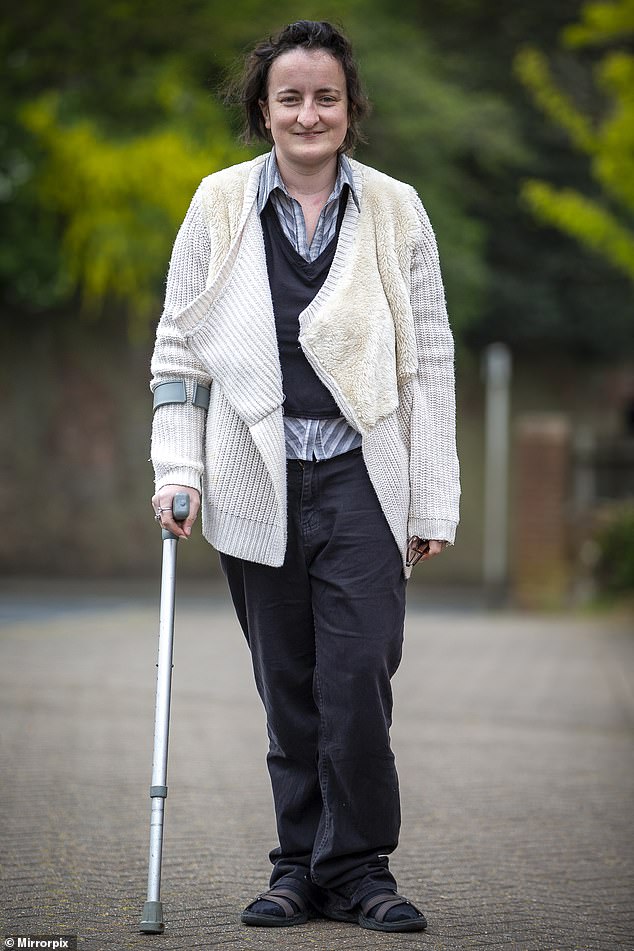 Tanya Jeal appears at Bromley Magistrates Court in South East London to appeal against a stalking protection order imposed on her. 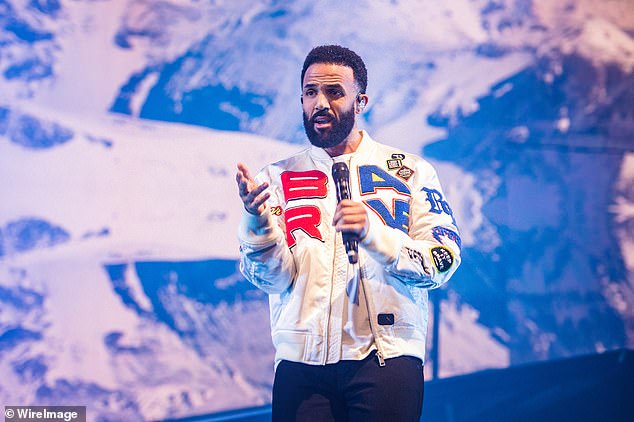 Craig David performs at The OVO Wembley Arena on February 25, 2022 in London

District Judge Sushil Kumar said to Jeal: ‘You don’t actually dispute a lot of the matters, in fact any of the matters, such as for example sending him messages, attending his hotel room.

‘You don’t deny that they happened, you merely say well there is an innocent explanation for that.’

Jeal said certain matters did not happen ‘in accordance with what he said’.

She added: ‘There was a video on YouTube that has been removed about me and Mr David claiming that he is gay.

‘If I turned up at his door as a man he would have opened the door.

‘I think if he stated his sexuality in the beginning I would never have gone to see him.’

She added that there were other videos of the singer being ‘very outgoing to male people’.

Jeal denied the suggestion that she would change her mind about her new disinterest in Mr David if she were to find out he was straight or had a girlfriend. 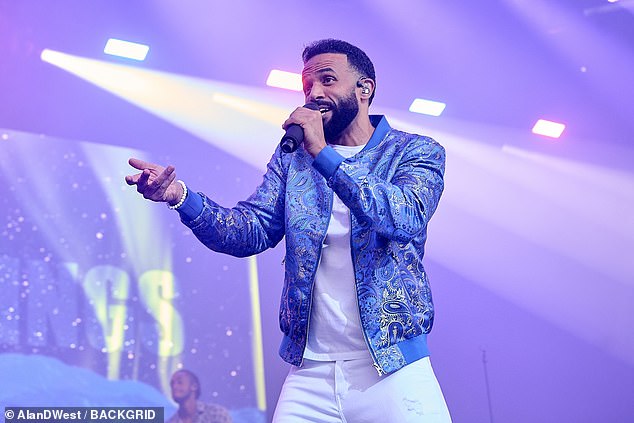 ‘I have never seen Mr David with a girlfriend.’

Flora Curtis, for the Met Police, said Jeal first met Mr David in 2016 at an album signing at the HMV record store.

A few months later Jeal went to his room at the Sofitel Hotel near Heathrow, knocked on his door and took a photo with him.

She was escorted from the hotel by security.

Afterwards, Jeal wrote a note to Mr David stating: ‘I HOPE BUDDHA DEALS WITH LIES LIKE YOU, BUDDHA WILL TAKE THIS FROM HERE, YOU’RE AN ASSHOLE, FROM TANYA, YOUR MOTHERF—G GIRLFRIEND.’

Interaction then ceased until 2021 when Jeal started messaging the singer’s management team, employees, and family.

‘The most concerning from Mr David’s part was of course a letter which was sent by Ms Jeal to his parents,’ Ms Curtis said.

‘Neither Mr David nor police are to this day aware of how Ms Jeal obtained Mr David’s parents’ address.

‘It was essentially a series of pictures and a letter sent by Ms Jeal to Mr David’s parents describing herself…describing meeting Mr David at HMV in 2017, describing him as having been communicating with her through the radio and making various criticisms of his management team and the fact that when she went to the Sofitel Hotel she was unable to see him.’

It is also said that Jeal was travelling abroad during that period.

Her statement said she watched Mr David’s Instagram stories and listened to his songs which helped her through ‘difficult’ parts of travelling.

In October 2021 Jeal stood motionless at the front of the stage during a Craig David concert in Bedford holding a photograph of them taken five years prior and threw a glove on stage.

Jeal agreed in her statement that she did this, explaining that Mr David’s favourite film was Serendipity in which one of the characters gives another a glove with a note in it.

In November, the stalker also turned up at the 7 Days singer’s address unannounced and buzzed the intercom repeatedly while holding up the same photo.

The court heard that Mr David asked his housekeeper to reply on the intercom in her home language in an effort to deter Jeal.

She returned later that day to persist with the intercom system and take photos, sending them to the singer’s former personal trainer to ask that he urge the star downstairs to talk to her, it is said.

Ms Curtis said Jeal’s explanations for her actions were ‘inadequate’ and ‘fanciful’.

‘We would submit that Ms Jeal’s actions go far beyond the actions of a fan.’

The lawyer added that Jeal was ‘obsessed’ with Mr David.

‘The tenor of her witness statements continue to that obsession.

‘She says that fans are supposed to be infatuated with her idols.

‘She says other celebrities such as Elvis Presley had to go through much worse and so Mr David should essentially get over it.’

The singer was granted an interim stalking protection order in December last year against Jeal on the grounds that she posed a ‘risk associated with stalking to another person and there is reasonable cause to believe the proposed order is necessary to protect another from such a risk’.

Jeal was also banned from making contact with David by any means, including liking or commenting on Mr David’s social media accounts, tagging him online, or coming within 200m of any address the singer may be living or visiting.

She wrote her first book ‘Trophy Hunting, It’s a Killing Business’ in 2017.

David’s debut album, Born to Do It, which featured hits including 7 Days and Fill Me In, topped the charts in 2000 and sold 7m copies around the world.

His sixth album, Following My Intuition, reached the UK number one spot in 2016.

Jeal, of Orpington, Kent, is contesting the stalking protection order.