By Adam Solomons For Mailonline

At least six were killed when an avalanche in the Italian Alps sent chunks of a melting glacier toward a group of tourists today.

All hikers are being rushed off the mountain as officials confirm the risk of further collapses. 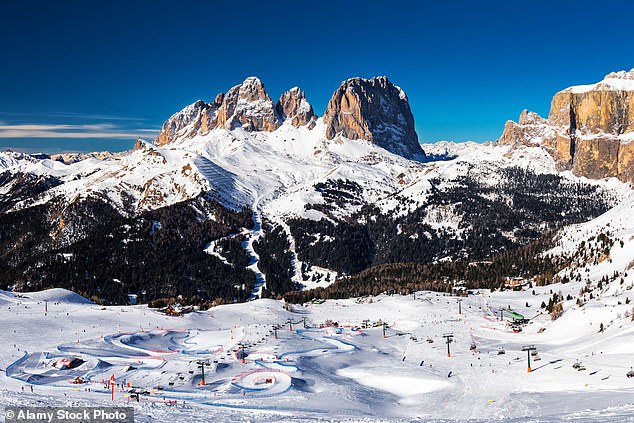 Marmolada is the highest peak in the Dolomites (pictured), a southern section of the Alps

Around 15 people were struck by the falling ice, according to Alpine Rescue.

On Saturday the mountain recorded an all-time record temperature of ten degrees.

Five helicopters and dog units were sent to the area to search for survivors, according to Italian newspaper La Repubblica.

An eyewitness told the newspaper: ‘We heard a very loud noise, then we saw the snow and ice avalanche.’ 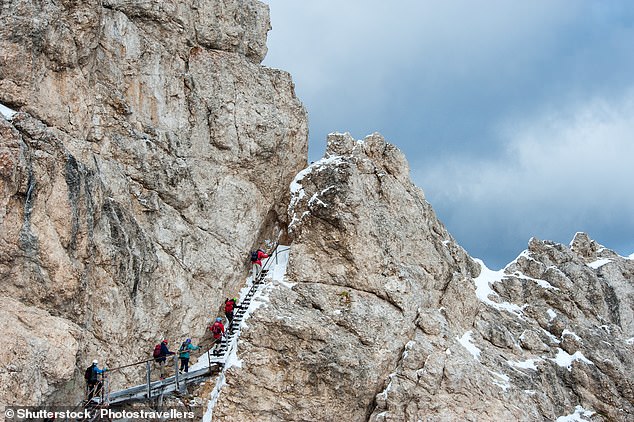 Mountain rescuers have been activated.

Tourist Reinhold Messner added: ‘The ice there is almost all gone, there is none.

‘These seracs fall, of course, due to gravity, but the real cause is global warming, which causes glaciers to melt and makes it more likely that a serac will come off.’

The footage of the large ice avalanche in Marmolada today in close proximity.

We don’t know the author, we will write it in the comments as soon as we will know it.

Measuring 3,343m, Marmolada is the highest mountain in the Dolomites.

‘For the Venetian side, the 2 helicopters of the Suem 118 of the Ulss of Belluno are already operational.

‘Also one of the helicopters of the Veneto Region Civil Protection to transport teams of mountain rescuers with canine units to the place.

‘All the mountain rescue teams in the area have been activated. The first injured have already been recovered.’