The Commander of Operation Safe Haven stationed in Kaduna, Major-General Chukwuemeka Okonkwo has revealed that the military has limited manpower to successfully tackle the waves of killings carried out by armed bandits in the Southern Kaduna area.

The Army Commander made this remark in a security briefing organised by the State Governor, Nasir El-Rufai recently.

He said more soldiers will be deployed to Southern Kaduna to eliminate “Criminal elements” who have been responsible for the recent killings in the area.

“What we have were attacks on some communities and reprisal attacks. You have Kataf youths, Fulani militias and the criminal elements of both sides,” Okonkwo said.

“Any incident is enough to spark off crisis in that area; there have been lingering disputes and animosities, banditry and cattle rustling there.”

“We have reviewed our operations. We are going to close ranks. We are going to be more robust in the days to come. If one or two attacks took place, three were prevented. If you know the area very well, the communities are far and dispersed, they are several kilometres apart from each other. The terrain is difficult to access with vehicles.”

“And we have limitation of manpower but of course you know that we are committed. But be that as it may, we are going to get more troops. We are strategising, we will deploy as much as possible to shorten our response time. Perhaps, we used to respond a bit late, but if we had not responded, we could have had more casualties.”

He also enjoined the local communities to embrace peace as he assured them that a conducive environment will be created for them to have a peaceful dialogue.

Governor El-Rufai also added that his administration has done everything within its constitutional powers to solve the Southern Kaduna Killings but assured the people of improved security presence in the area.

“‘’We answered the decades old demand for a permanent military base by working with the Federal Government to deploy a forward operating base of the Nigerian Army in Kafanchan.” 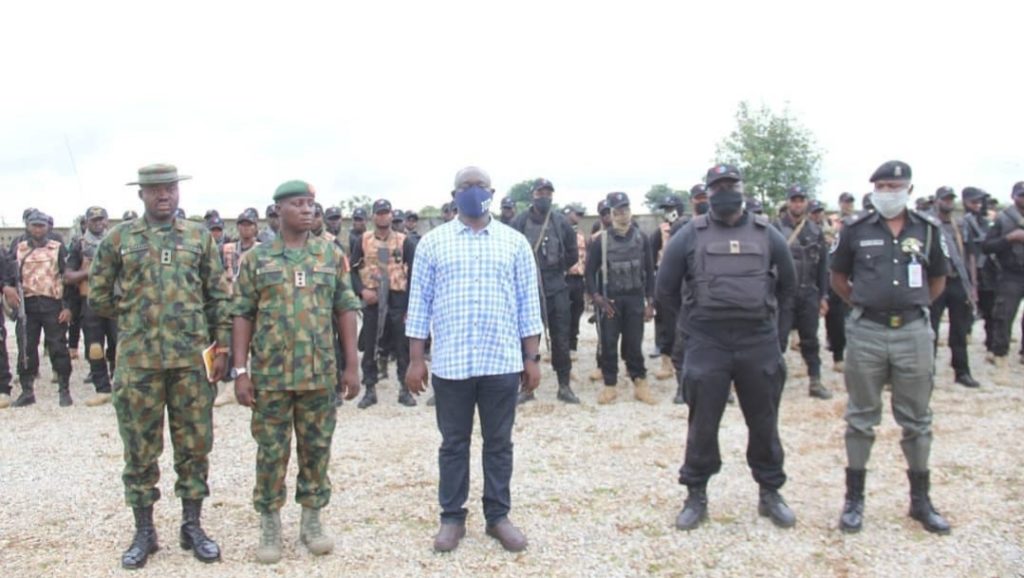