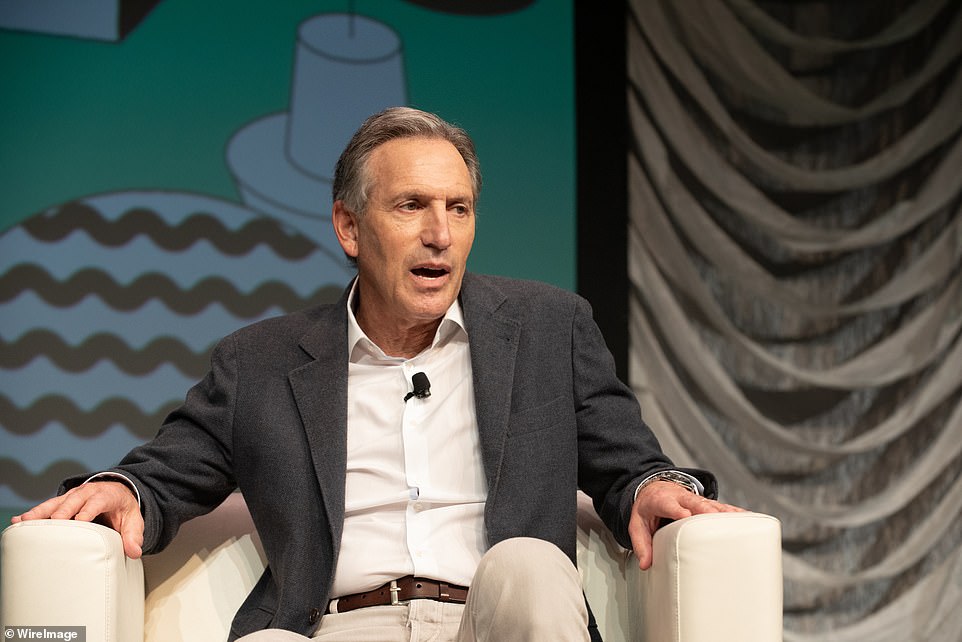 The CEO of Starbucks is shuttering 16 profitable stores nationwide over disruptions that he’s blamed on the cities’ woke leaders for ‘abdicating their responsibility’ to fight crime. Howard Schultz (pictured) said ‘America has become unsafe’ after he announced that 16 stores will close in several left-leaning cities across the country because staff are being attacked and reports of drug use at the popular cafés. 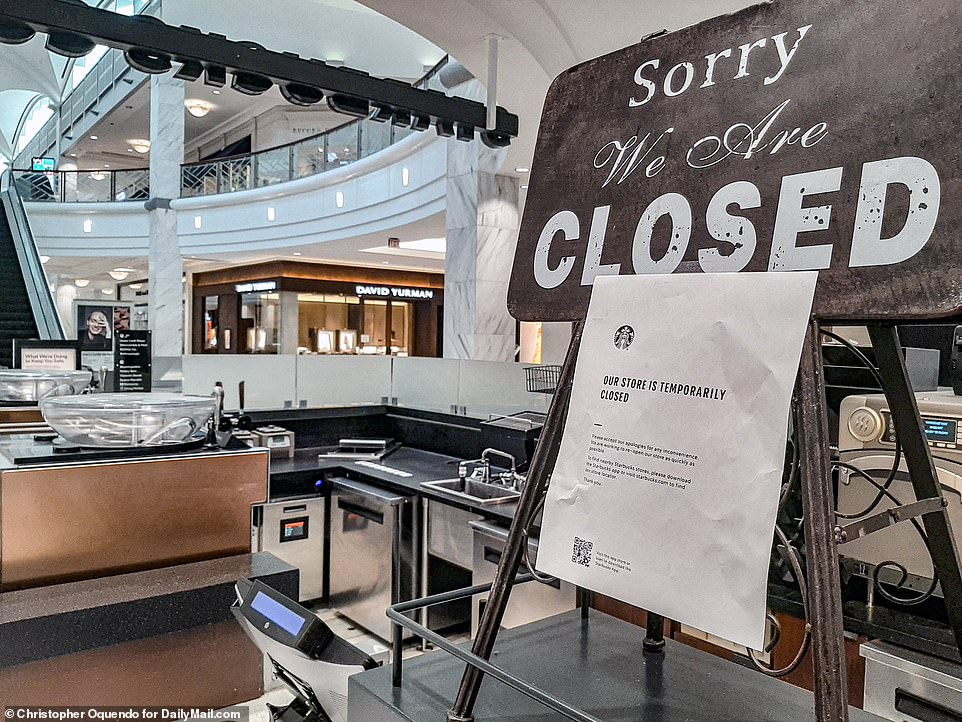 The cities set to see closures include the company’s hometown of Seattle, as well as four other liberal-run municipalities – Los Angeles, Philadelphia, Portland and D.C – where crime rates have soared due to woke policies including police cuts. Schultz warned that this is ‘just the beginning’ of store closures and said there ‘would be many more’ as staff fear for their own safety amid a rise in crime, homeless and people with mental health issues. 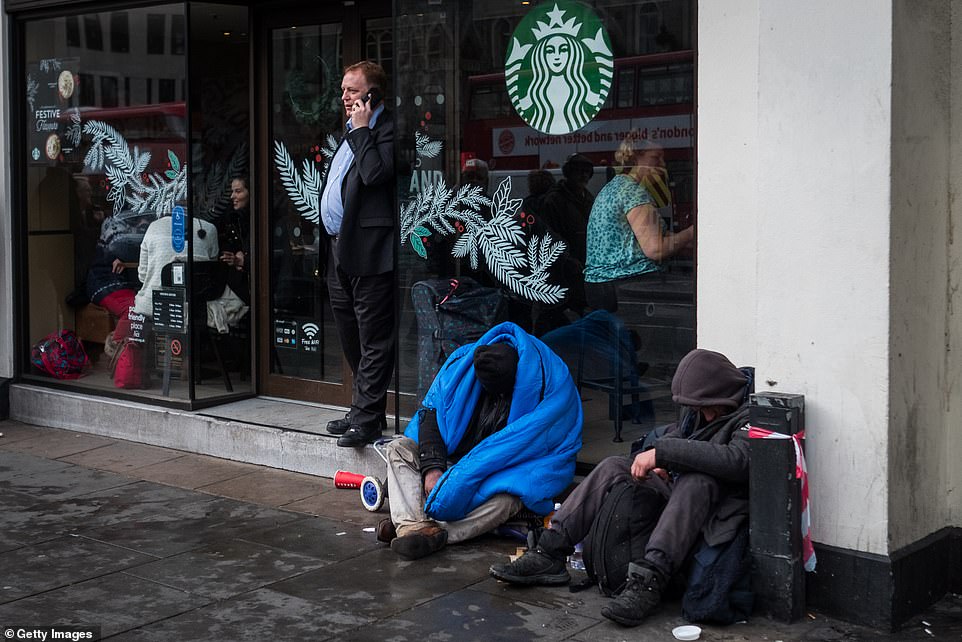 In two leaked video excerpts of Schultz speaking at an internal meeting, shared by Ari Hoffman of KVI-AM talk radio in Seattle, Schultz said he was shocked to hear that one of the primary concerns of their retail partners is their ‘own personal safety.’ The reported disruptions include drug use by paying customers and, more often than not, members of the public – who often take advantage of the company’s open bathroom policy, which allows nonpaying patrons to use their facilities. 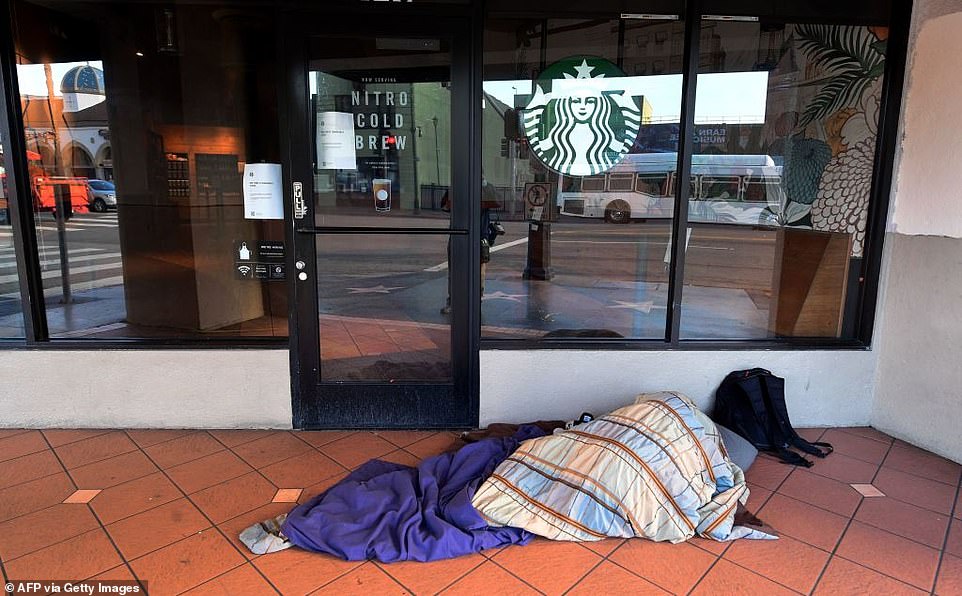 As a result, the bathrooms have in large part devolved into dens of debauchery, regularly used by vagrants and homeless to do drugs and engage in other illicit behavior. In the leaked video excerpts, Schultz said: ‘In my view at the local, state, and federal level, these governments across the country and leaders, mayors, and governors and city councils have abdicated their responsibility in fighting crime and addressing mental illness. And we’re going to have to refine and transform and modernize many of the things we do to meet the needs of our customers in a very changing operating environment.’ He added that the demand for Starbucks by their customers has ‘never been greater.’ 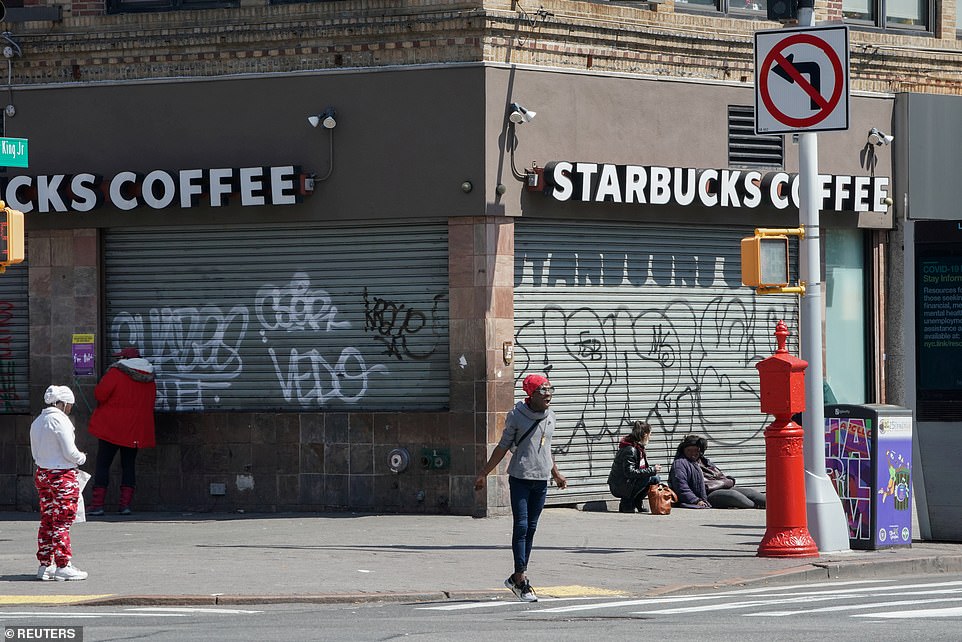 In another short video, Schultz said: ‘I don’t have to spend too much time on what’s going on in the country and how America has become unsafe, but you all read the press release the last couple of days about the fact that we are beginning to close stores that are not unprofitable.’ He added: ‘I t has shocked me that one of the primary concerns that our retail partners have is their own personal safety. And then we heard the stories about what happens in our bathrooms, the issues with mental illness, homelessness and crime. Starbucks is a window into America, we have stores in every community… we are facing things in which the stores were not built for. We’re listening to our people and closing stores, & this is just the beginning. There are going be many more.’ 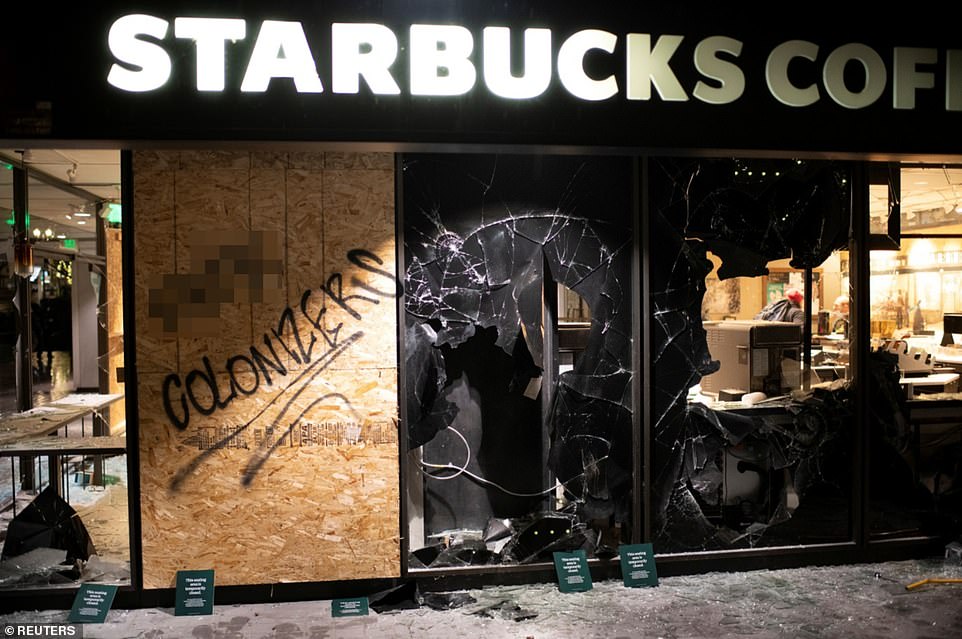 All of the stores set to be closed have seen an influx of crime – with many attributing the rise to a recent wave of ‘woke’ policies implemented by progressive politicians. The result are cities that border on lawlessness – with employees at the stores reportedly complaining in droves that they feel unsafe at work. The closures were announced in an internal email sent to employees at the company Monday. 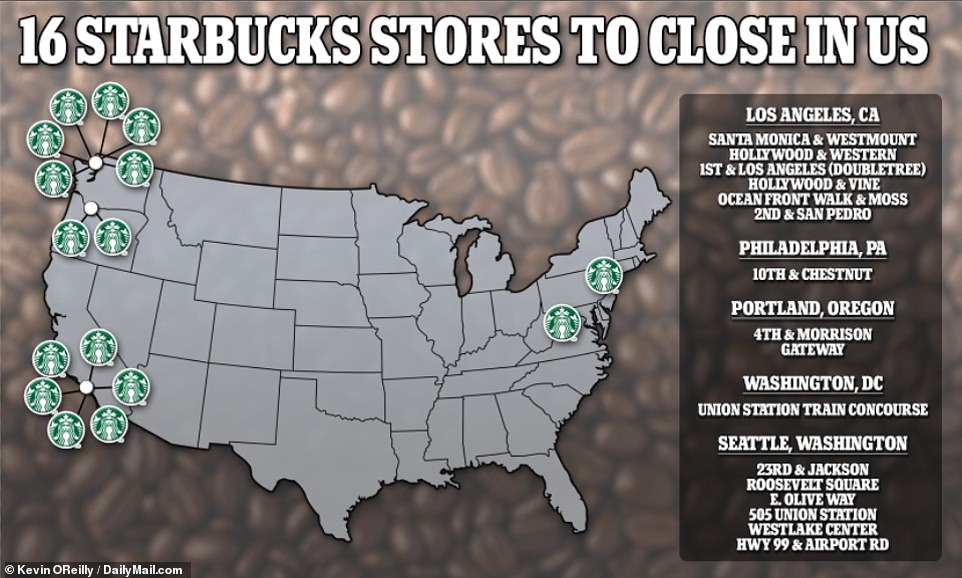 The correspondence saw Debbie Stroud and Denise Nelson, both senior vice presidents of the chains’ US operations, cite questionable safety conditions at Starbucks stores in the aforementioned locations. The memo remarked how staffers at other stores across the country have experienced similar unrest as a result of ‘the challenges facing our communities.’ Those challenges, they wrote, include ‘personal safety, racism, lack of access to healthcare, a growing mental health crisis, rising drug use, and more.’ The officials added that ‘with stores in thousands of communities across the country, we know these challenges can, at times, play out within our stores too. 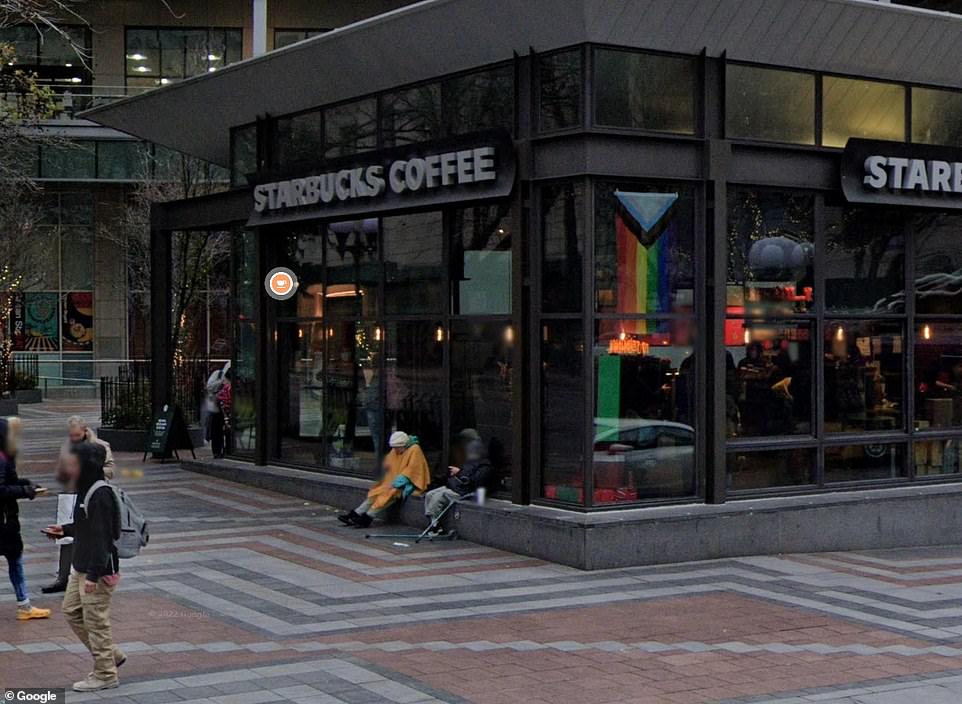 ‘We read every incident report you file – it’s a lot,’ the operations heads wrote. ‘We cannot serve as partners if we don’t first feel safe at work.’ Aside from the closures – which will see staffers at the stores transferred to other locations nearby – the company said it will now give staffers discretion to deny free access to the store’s bathrooms. Last month, Starbucks new interim CEO Howard Schultz – who has sought to improve company culture since being appointed in April, amid recent pushes from staffers to unionize – said the company was rethinking its ‘open bathroom’ policy due to mounting safety concerns. 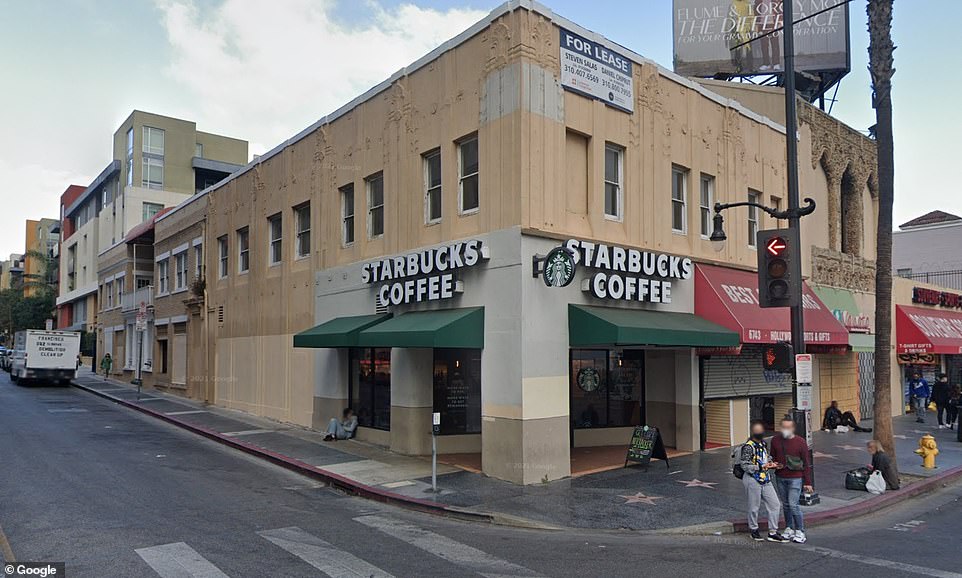 ‘There is an issue of, just, safety in our stores, in terms of people coming in who use our stores as a public bathroom,’ Schultz said during a New York Times DealBook event last month. ‘We have to provide a safe environment for our people and our customers. The mental health crisis in the country is severe, acute and getting worse.’ Managers will also now have the freedom to adjust seating layouts and even adjust hours of operation in order to address staffers’ safety concerns. 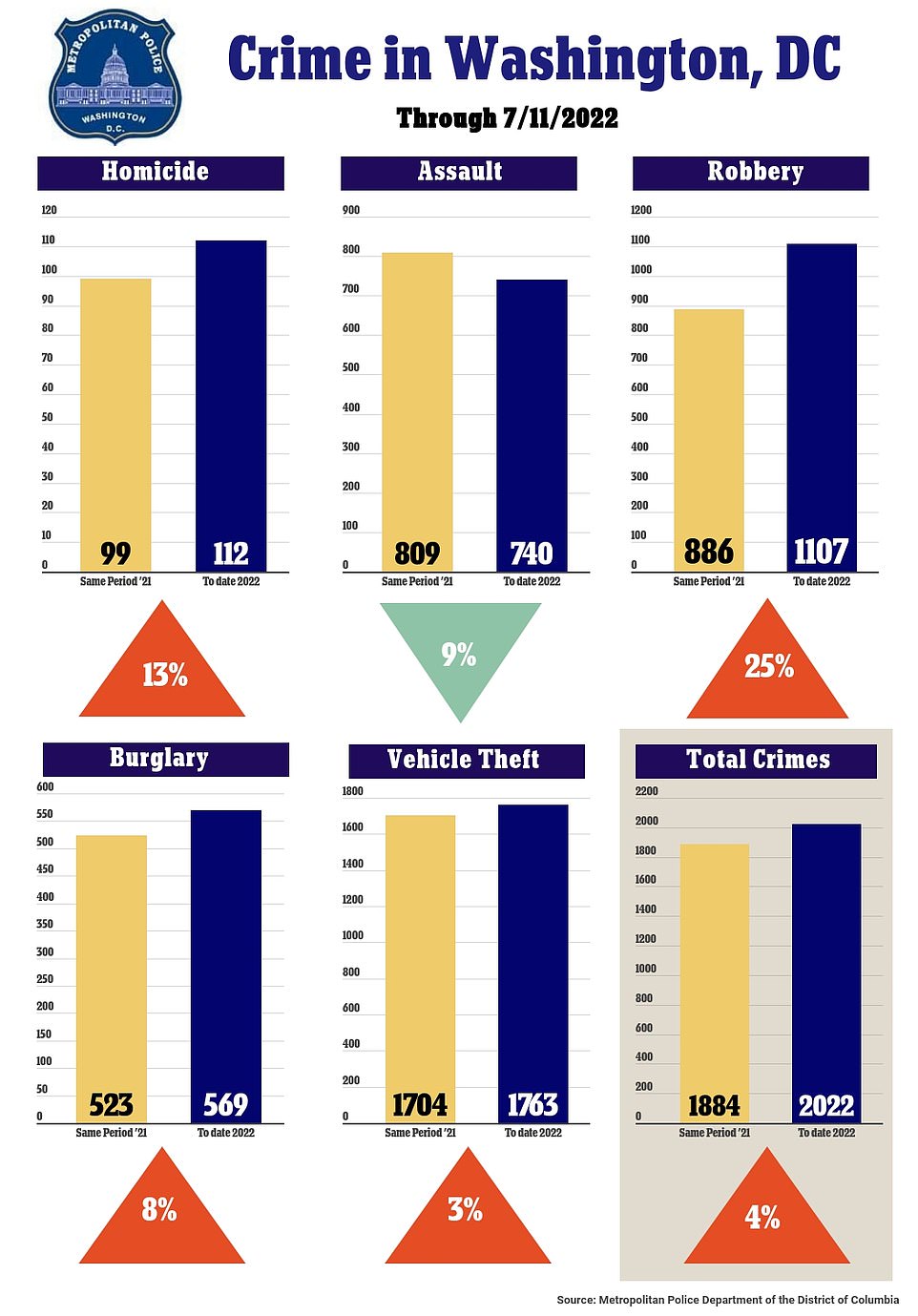 The closures come as cities across the nation have seen a drastic rise in crime over the past two years – spurred by the pandemic and recent soft-on-crime policies implemented by woke DA’s who have sought to find alternatives to incarceration. Seattle – the city where Starbucks was founded – has seen a surge in both violent and property crime since the start of the pandemic, with cops already recording 302 shootings so far this year – a 75 percent increase from last year. In Washington, DC there has already been 93 murders, compared to 82 last year, signaling a 13 percent jump. Robberies are also up in the nation’s capital by a marked 25 percent. 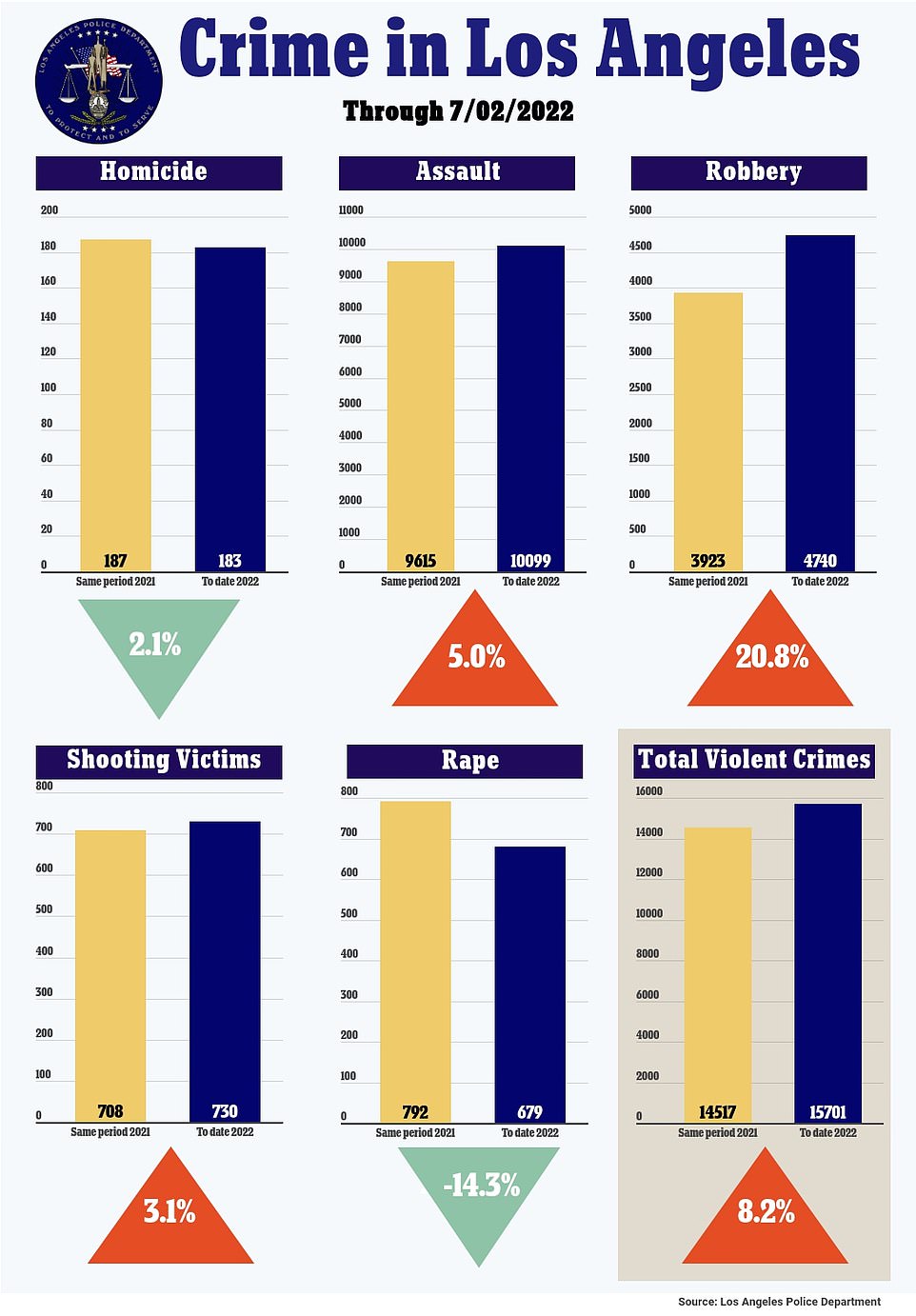 Los Angeles, meanwhile, has arguably been hurt the most by woke politicians, with its District Attorney George Gascon now almost certain to face a recall election for soft policies. The City of Angels has seen more people killed by guns during the first six months of 2022 than during the same period in any of the past 15 years, police say – while robberies are also rife, due to lax punishments on repeat offenders. Gascon has been vocal about his belief that the criminal justice system needs to focus more on intervention and rehabilitation, blasting ‘tough on crime’ policies as racist and a failure. And following his first 100 days in office, he touted the changes he has made to the city’s justice system – including limiting the use of sentencing enhancements. 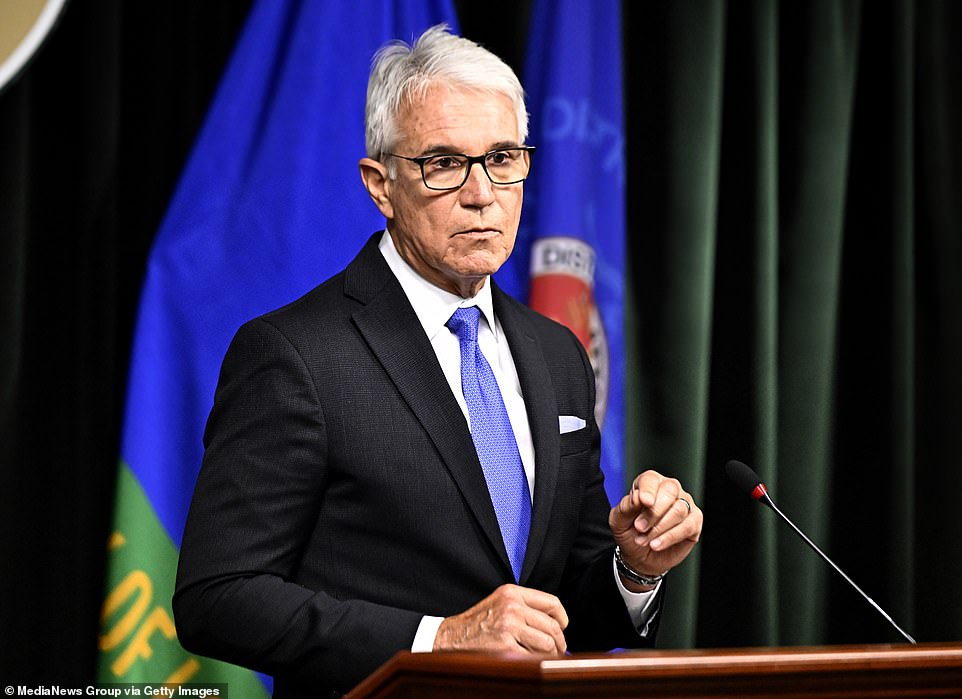 The California penal code has more than 100 enhancements that could add time to a convict’s sentence depending on the situation, most of which date back to when California was facing soaring crime in the 1980s and 1990s. But under Gascon’s (pictured) reign, the use of those enhancements have been greatly reduced, with the Los Angeles County District Attorney’s Office 5,138 enhancements during his first three months – a 71 percent drop when compared to the same time the year before. His first three months also saw prosecutors filing only 106 gun enhancements – an 85 percent decrease. 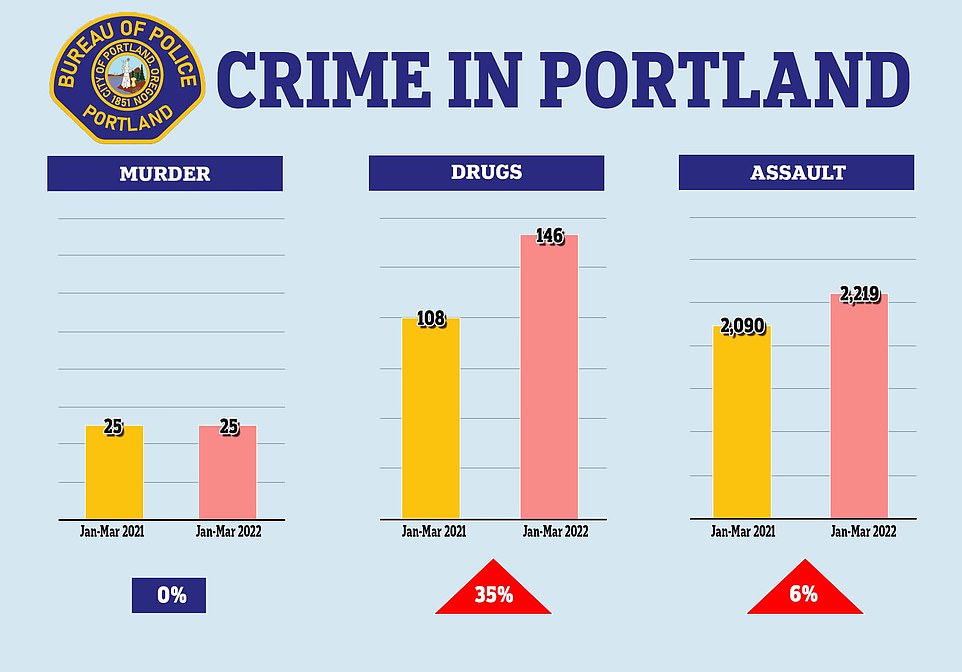 In Portland, robberies have increased 56 per cent year-on-year, rising from 234 in January to March 2021 to 366 for the same period in 2022. Similar rises took place in drug crime numbers which rose 30 per cent this year up 146 in 2022 on 108 in 2021 and assault cases which were up six per cent year-on-year. The Portland Police Bureau suffered through a rash of retirements and resignations after Portland politicians embraced calls to defund the police. A total of $15million was initially chopped from the city’s budget, with progressive Portland prosecutors also blamed for the spiraling crime for refusing to charge 70 percent of people arrested by the city’s police. 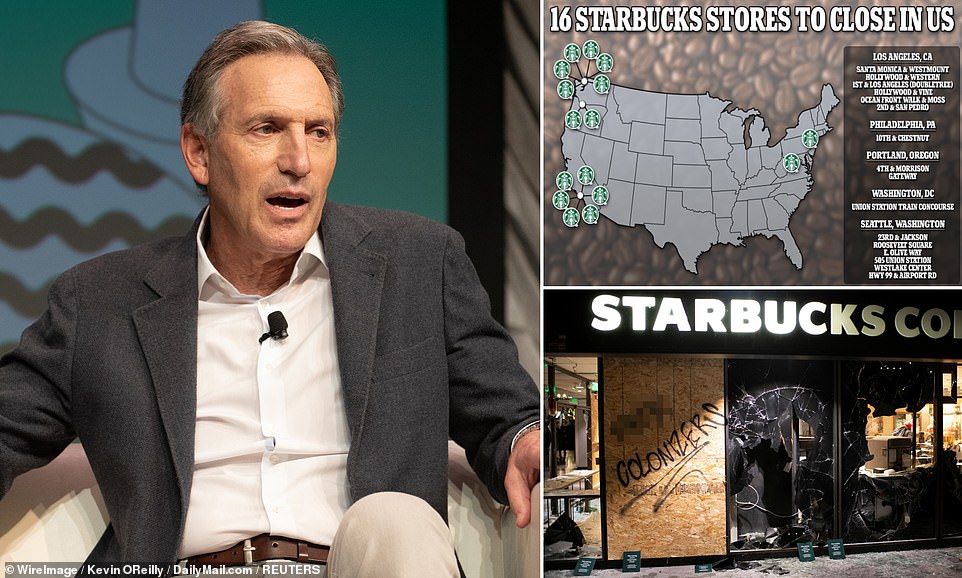 The moves by Starbucks come in direct response to these crime surges, but are also part of a broader effort to revamp the company, Schultz said in a Monday letter to staff. ‘We need to reinvent Starbucks for the future,’ he wrote, adding that the company will need to ‘radically’ improve employee experiences in the coming months. He added that based on feedback from employees, the company will strive to create ‘safety, welcoming and kindness for our stores.’ During its latest fiscal year, Starbucks closed 424 of its more than 15,000 US stores, about 5 percent of its total, while also opening 449 new locations.