A major alleged ‘dial-a-dealer’ drug syndicate has been shut down by police with 20 properties raided across Sydney and accused members of the Alameddine crime network arrested.

The blitz follows a ten-month-long investigation into the south-west Sydney-based organised crime group, which NSW Police will allege has been distributing drugs throughout the city.

Police, desperate for a ‘win’ after a series of fatal shootings almost weekly in the city’s south-west, claimed an ‘entire’ syndicate has been shut down as a result of Tuesday’s arrests.

Those allegedly involved have been taken to police stations with charges expected to be laid on Tuesday.

Among those arrested are alleged members of the Alameddine crime crew, including Rafat Alameddine’s brother-in-law, Assaad Alahmad.

Trent Jeske, another alleged mid-ranking member of the group, was also arrested.

The crime network had allegedly been operating a sophisticated ‘dial-a-dealer’ scheme, which police allege was involved in supplying prohibited and prescription drugs across the state.

The raids were carried out as part of a large police investigation ran by Taskforce Erebus, the group recently established to coordinate investigations into a spate of fatal shootings in Sydney involving rival organised crime gangs. 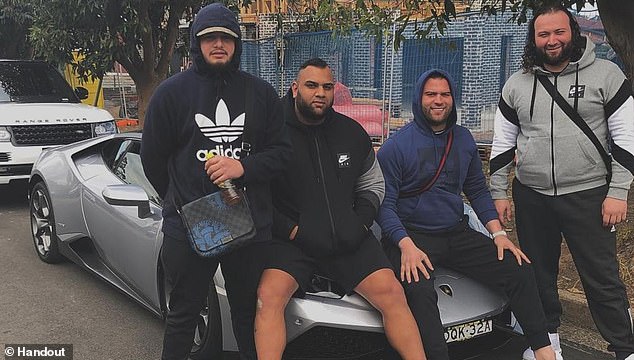 Pictured from left to right are alleged Alameddine associates Ali Younes and Masood Zakaria, and Rafat Alameddine and Hamdi Alameddine. None were arrested in today’s raids 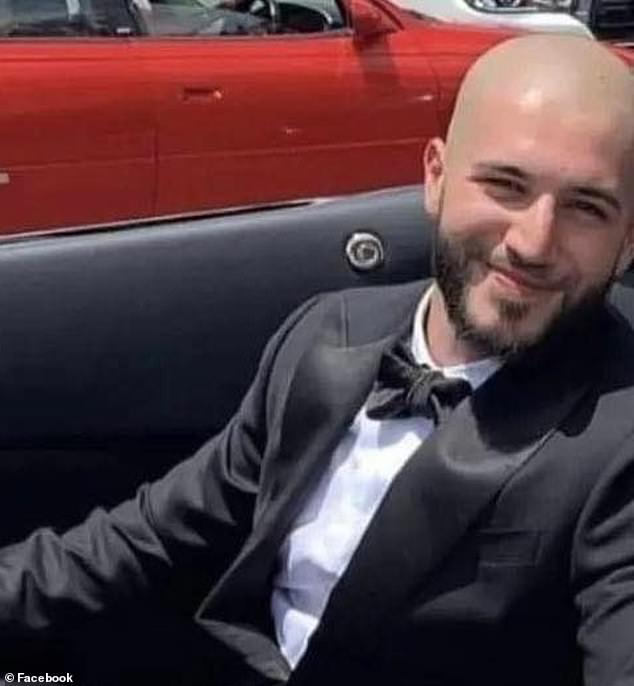 A new taskforce has been set up to investigate the fatal shooting of Rami Iskander, 23. Taskforce Erebus helped coordinate the raids of 20 properties across Sydney this week

Over the past 18 months, 13 people have been killed in gang violence in Sydney’s west and southwest. Three executions have occurred in recent weeks.

The latest shooting occurred on May 14 when Rami Iskander, the nephew of slain gangland figure Mahmoud ‘Brownie’ Ahmad, was shot dead at his western Sydney home.

Iskander, 23, was shot in the chest in front of his pregnant wife and two-year-old child at his home on Knox Street at Belmore.

The young father was killed just weeks after his uncle Ahmad was sprayed with bullets outside a Greenacre home on April 27 after a $1million bounty was placed on his head. 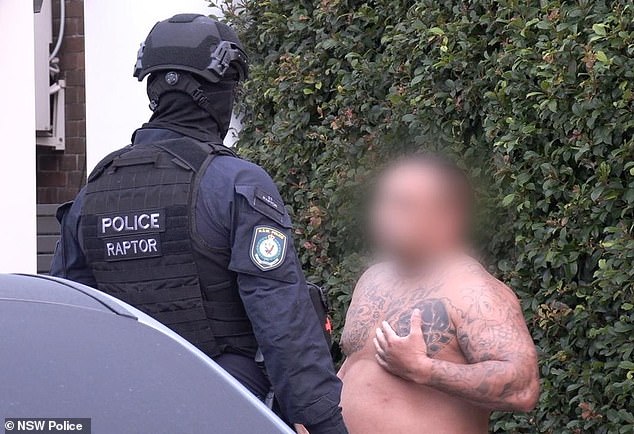 Detectives are chasing down three theories trying to explain why Iskander was killed, including whether or not his enemies were trying to prevent him from avenging his father’s death.

Taskforce Erebus is examining the circumstances and links between recent fatal shootings as well as dozens of acts of violence and the supply of prohibited drugs, illicit firearms, vehicle theft and various other criminal activities.

It also involves bikie busting strike force Raptor, which has made a name for itself with its heavy-handed tactics in recent years.

The 23-year-old man who was shot in Belmore, Sydney’s south-west, was identified as Rami Iskander – the nephew of underworld figure Mahmoud ‘Brownie’ Ahmad.

It marks the 13th gangland-style execution to rock Sydney in the last 18 months.

Comanchero bikie Fares Abounader was the first victim in the long spate of shootings after he was killed in a drive-by attack in Panania, south-west Sydney, on August 29, 2020.

Mejid Hamzy was shot dead in Condell Park on October 19, 2020 and then Mustafa Naaman was killed in a suspected mistaken identity attack on Ibrahem Hamze on January 31, 2021.

Mejed Derbas, Shady Kanj, Ghassan Amoun and Mahmoud ‘Brownie’ Ahmad are among the people who have also been shot.

Comanchero bikies with links to the Alameddine clan, Tarek Zahed and his brother Omar were the latest to be shot after they were gunned down while leaving a gym in Auburn on May 10, 2022.