Sydney’s crazy weather has turned a beachside suburb into what appears to be a ‘winter wonderland’.

Gale force winds dumped some 70cm of sand onto Maroubra Road in the city’s eastern suburbs on Sunday evening.

The mountains of sand blown in from the beaches made the suburb look more like a ski field – with trucks brought in to clean it up on Monday. 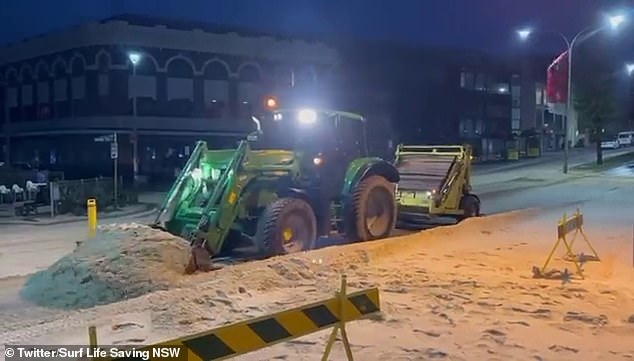 On Sunday, the strong wild winds dumped 70cm of sand onto Maroubra Road in Sydney (pictured) 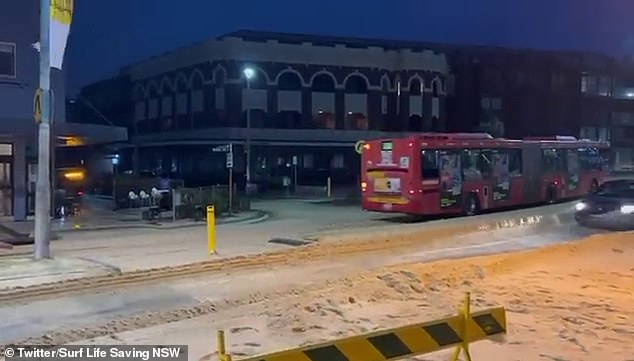 The wild scenes came as major flooding occurs along the banks of the Hawkesbury and Nepean Rivers and Menangle, Wallacia and North Richmond, in the city’s greater west.

Further surges are expected at Windsor and Lower Portland on Monday evening and at Wisemans Ferry on Tuesday.

Severe weather warnings for damaging winds and hazardous surf remain current for NSW and there remains the risk of flash flooding and landslips.

More than 32,000 people across the state were today urged to leave their homes while another 6,000 told to be on alert and ready to leave.

Camden, in the city’s far-west, is among the worst places hit with the town submerged for the fourth time this year while parts of Lansvale, Chipping Norton and Moorebank have also gone under water. 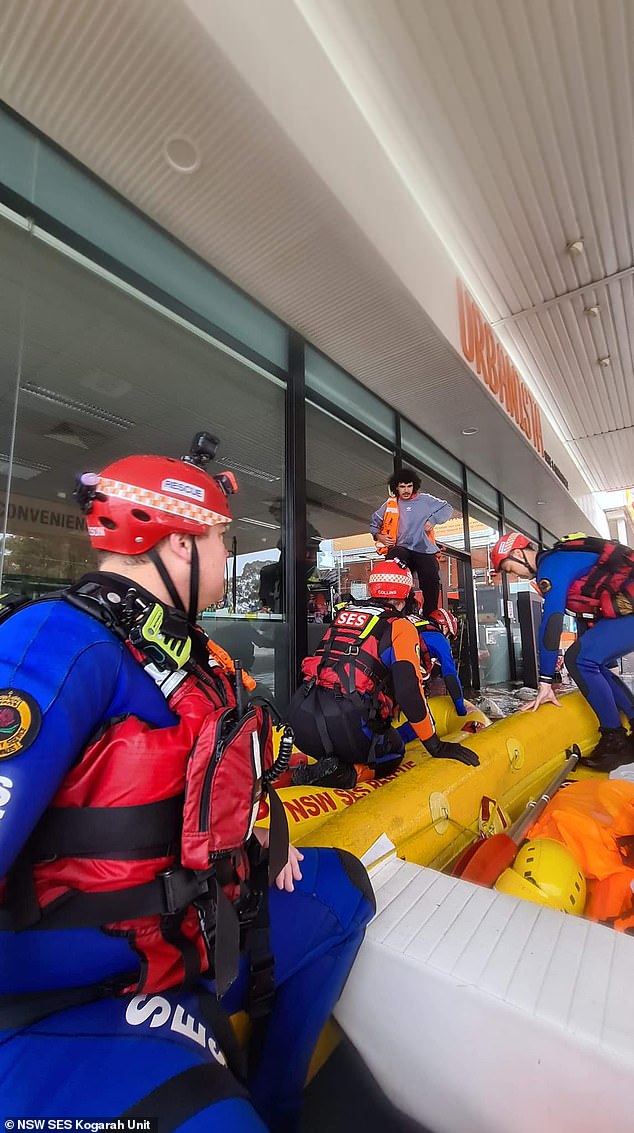 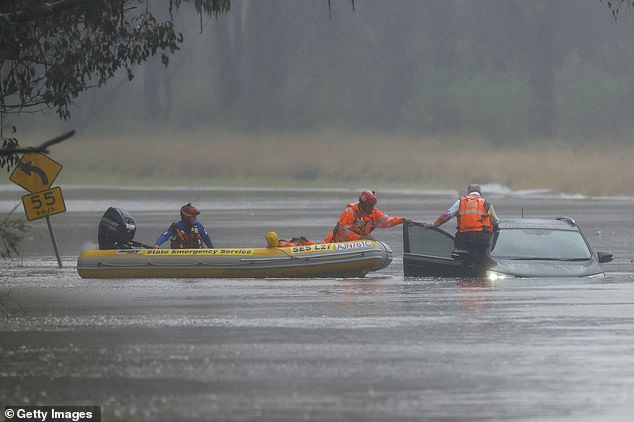 The Bureau of Meteorology is also investigating whether a tornado or waterspout damaged 40 homes in Bellambi and Corrimal, in the Illawarra region, on Sunday.

The rough conditions have forced rescue crews to postpone plans to transport 21 crew members trapped on a cargo ship stranded off the coast of NSW.

The Portland Bay bulk carrier is about one kilometre off Garie Beach in the Royal National Park, south of Sydney, and lost power on Monday morning. 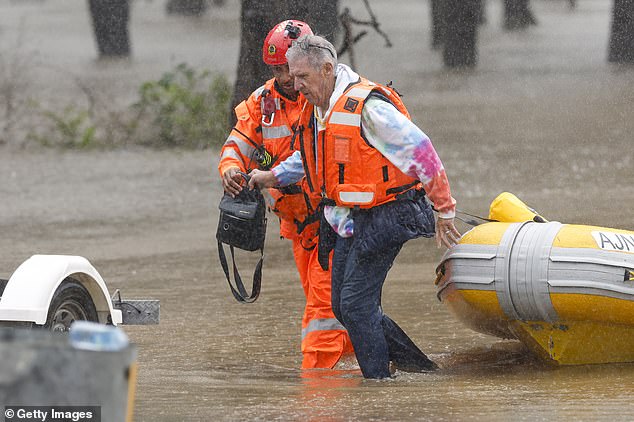 The driver rescued from his car trapped in floodwaters was ferried to safety by SES personnel in Windsor, north-west of Sydney 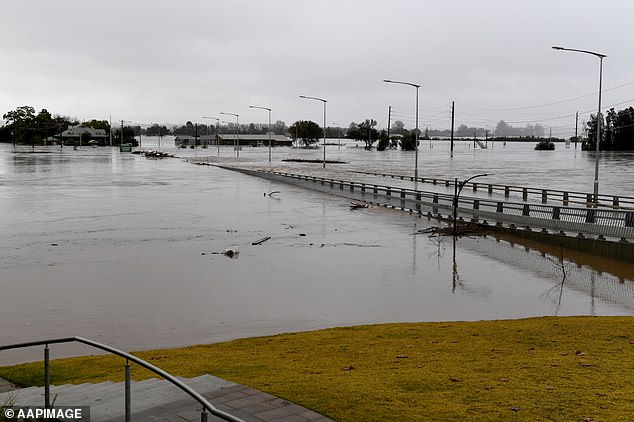 The Bureau of Meteorology has warned the rainfall is expected to continue to fall along the coast for the remainder of the week with more downpours coming throughout winter and possibly the spring.

BoM blamed the prolonged conditions on the combination of a possible negative Indian Ocean Dipole and positive Southern Annular Mode.

SES spokesman Ashley Sullivan says even if the rain eases this week, as predicted, rivers will continue to rise because the already saturated flood plains cannot absorb any water.

‘Things are happening quicker. The risk … has increased significantly.’