Although thought to be a recent phenomenon, the eshays started out some 40 years ago in Adelaide when they were known as earchers or searchers.

In the 90s, the culture spread to some of the poorer areas of Melbourne and Sydney, especially around inner city suburbs like Waterloo, where the use of pig latin – reversing the order of syllables and adding extra syllables to create a mock new language – earned them the name ‘adlays’, pig latin for ‘lads’.

In recent years, the craze took off in Sydney’s west, where the name evolved from adlays to eshays, pig latin for ‘yes’. 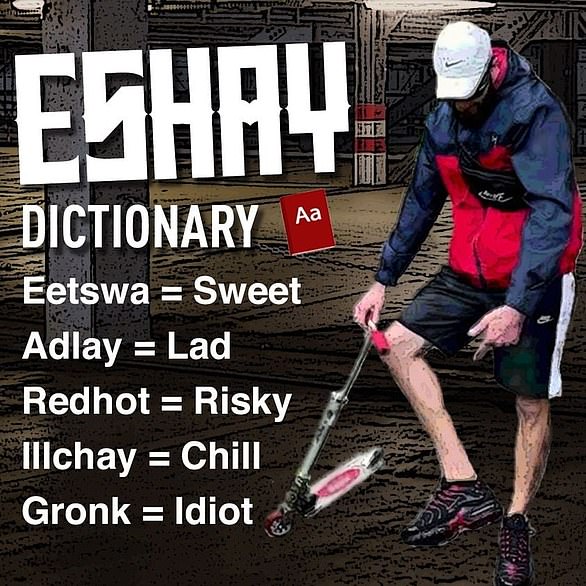 Some eshays scramble words and put ‘ay’ on the end in a form of pig Latin. ‘Eetswa’ means ‘sweet’ and ‘chill’ becomes ‘illchay’ 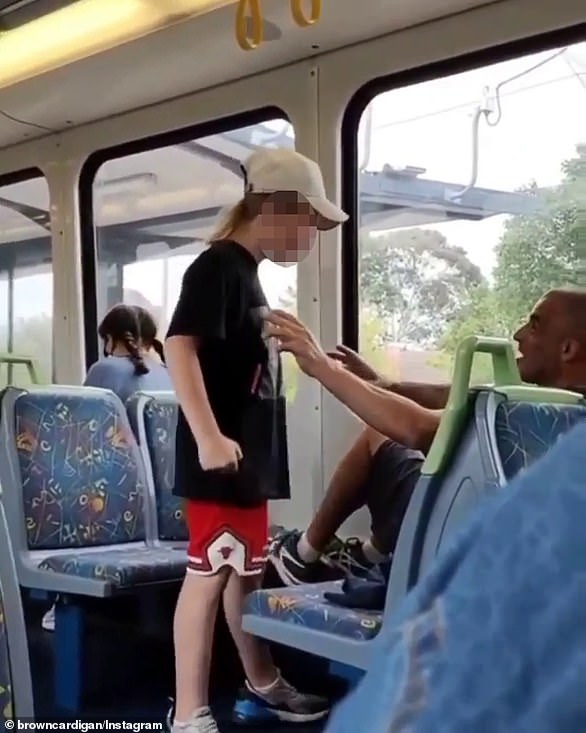 The retro mullet of the original earchers and adlays has now evolved into a more home-made look, with shaved sides and longer, spindlier hair, compared with the bouffant mullets of old. An old school dead slug-style moustache completes the look.

But it’s the fashion which makes eshays stand out.

The vital trademark is the cross-chest manbag, paired with three-quarter length designer tracky daks and sweatshirt, with a trucker-style cap.

The essential finishing touch is a pair of Nike Air Max Plus TN sneakers which can sell for $450 or more. Marshall Brown’s pair of bright red TNs were a birthday gift, he said, and cost $160.

Dr Terry Goldsworthy, Associate Professor of Criminology at Bond University told the Telegraph eshays had become prominent in the past seven or so years.

‘Like any subculture there are influencers on social media,’ the onetime detective inspector said. ‘It’s monkey see, monkey do.

‘A few years ago I’d never heard the term eshay, but I think social media has something to do with it.’

Just like punks in the 1970s and 1980s the eshay will one day be replaced by another set of clothes and taste in music, with a new name and similar anti-authoritarian demeanour.

‘Like any subculture, today’s eshay will be tomorrow’s nerd,’ Dr Goldsworthy said.