Every week our Holiday Hero Neil Simpson takes an in-depth look at a brilliant holiday topic, doing all the legwork so you don’t have to. This week: Last-minute holidays to Las Vegas.

Leaving Las Vegas to the last minute could pay off this summer, with plenty of deals on offer as the city fights to get visitor numbers back to pre-pandemic highs.

Prices tend to edge down as temperatures rise (it can top 100F in summer), but holidaymakers now get their pick of hotels with new attractions, renovated rooms and added extras. 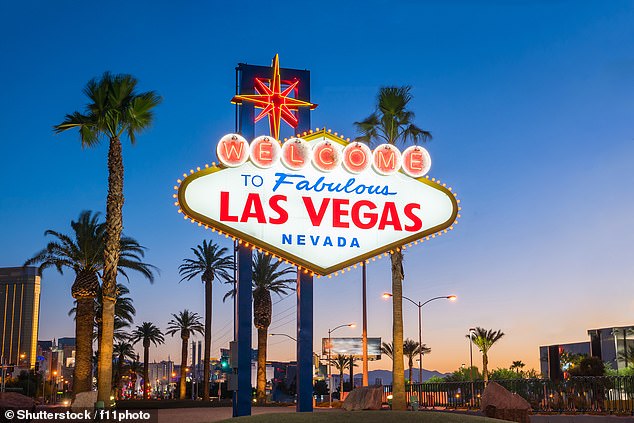 Book a last-minute trip to Las Vegas this summer and you might bag a bargain – prices tend to edge down as temperatures rise, and there are deals on offer as the city fights to get visitor numbers back to pre-pandemic highs

Check in to The Strat – formerly The Stratosphere – and you’ll stay in a sleek, modern hotel that’s visible from all across the city.

While rooms are not huge by Vegas standards, each has been refurbished during the pandemic and they give easy access to the city’s SkyPod and Observation Deck set 1,149ft above the Las Vegas Strip.

Thrill-seekers can take a rollercoaster ride in the sky on the SkyPod, or can brave the hotel’s other mile-high attractions such as Insanity, Sky Jump and X-Scream. For a more serene experience, sip on cocktails at Level 108 Bar or dine at the retro, revolving restaurant on Level 106 with knockout views.

The Strat hotel is best for thrill-seekers as it has its own amusement rides, such as Insanity (pictured) 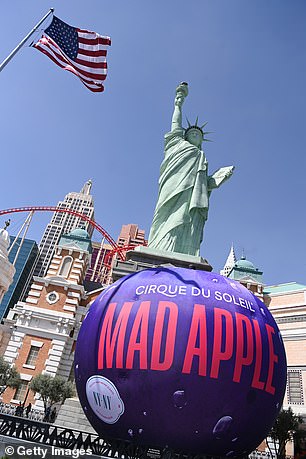 Mad Apple, a just-opened Cirque du Soleil show with close-up magic performers, is the hot new attraction at New York New York hotel. Another of the hotel’s recent claims to fame is the Nine Fine Irishmen pub. The interiors were made in Dublin, shipped to Vegas and rebuilt in the heart of the hotel. Book a table for the likes of shepherd’s pie and bangers and mash with imported beers and whiskeys.

Look across the road from the hotel lobby for something far more American: a huge branch of M&M World.

Nearly 25 years after first opening its doors, and two decades after appearing in Ocean’s Eleven, The Bellagio remains one of the ultimate Las Vegas hotels.

This year guests check in to remodelled rooms, with hand-made mattresses and a mix of granite, marble and mother-of-pearl in the bathrooms. Eat in restaurants such as Picasso, with the artist’s paintings and ceramics adorning the walls, book a private cabana by the pool or wait till dusk to see the Bellagio fountains – one of the most photographed events in America. Book ahead to get flights and five nights later this year from £1,059pp (dialaflight.com). 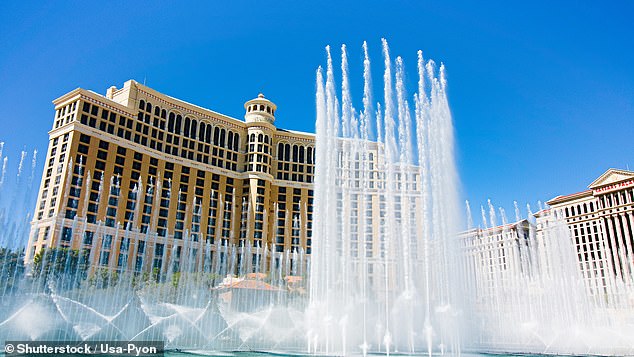 The Bellagio (above) remains one of the ultimate Las Vegas hotels, and this year guests check in to remodelled rooms

Find a younger, even more opulent vibe at the new Virgin Hotels outpost a few blocks down the Las Vegas Strip. The hotel’s restaurants include a steakhouse, a branch of celebrity-friendly Nobu, a juice bar and a branch of After’s Ice Cream, one of the most colourful, and Instagram-friendly, new brands in America.

You can head outdoors to find DJs playing at the poolside Elia Beach Club, book hot stones, warm scalp or other treatments in the spa, or see emerging acts perform in 24 Oxford, a nod to Virgin Records’ beginning on London’s Oxford Street.

Book a seven-night stay, including direct flights on Virgin Atlantic, from £1,070pp this summer (virginholidays.co.uk).