As my coach joins the long convoy of other coaches on the edge of Oberammergau in southern Germany, I feel a twinge of panic.

What horrors lie ahead? Jostling at the entrance? Endless security checks?

The Passion Play has been performed in this Roman Catholic Bavarian village every ten years since 1633, and it has been on the tourist beat since the 19th century. 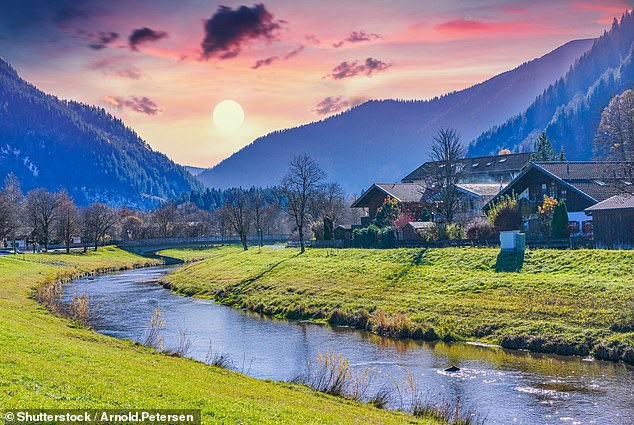 Captivating: Max Davidson visits the village of Oberammergau in Germany (above) on a coach tour. ‘The Passion Play has been performed in this Roman Catholic Bavarian village every ten years since 1633,’ he reveals

The 2020 staging had to be postponed because of Covid which, as the original play commemorated the villagers’ deliverance from the bubonic plague, gives the 2022 performances special poignancy. Hence the throngs of tourists descending on the village, expectation written on every face.

For my fellow Leger travellers, visiting Oberammergau on their way to Austria (I join them just for three nights), this is the highlight of a ten-day itinerary. They are an engaging lot and, as the banter flows on the coach, they could be medieval pilgrims on their way to Canterbury.

From twinkle-eyed Siobhan, from Ireland, who nearly became a nun in her youth, to salt-of-the-earth Dave and Diane from Yorkshire who have welcomed a Ukrainian family into their home, everyone has a great story to tell — though those stories are about to pale in comparison beside the Greatest Story of All, as re-told by the villagers of Oberammergau.

Scene after scene is thrillingly delivered, from the entrance of Pontius Pilate on horseback to the Last Supper.

But how can a cast of amateurs, every one of them born in the village, by long tradition, possibly be equal to such a challenge?

After an excellent lunch at a traditional German restaurant, we are shepherded into the vast purpose-built auditorium.

At 2.30pm on the dot, the orchestra strikes up and a large choir, soberly dressed in black, files on to the stage to sing the opening chorus. They are good, very good.

Then Jesus makes his first appearance, borne into Jerusalem on a donkey on Palm Sunday, surrounded by cheering crowds of men, women and children.

You can hear a pin drop as he starts to speak. The text is in German, but we have an English translation, so it is easy to follow.

Never has the Bible felt more immediate or more relevant. Scene after scene is thrillingly delivered, from the entrance of Pontius Pilate on horseback to the Last Supper. 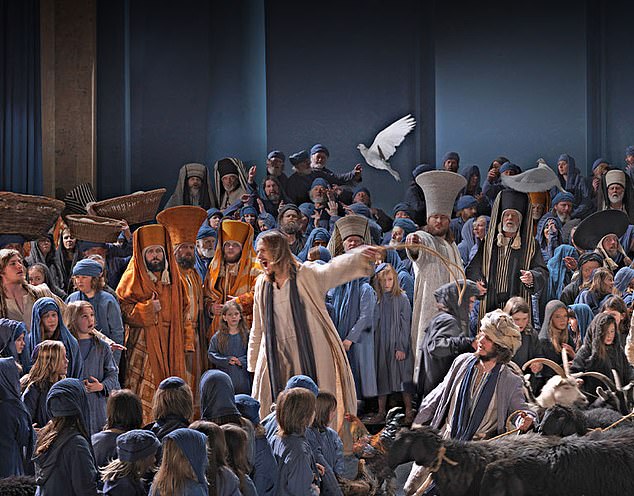 After two and a half hours, we break for dinner. Every restaurant is packed and, on the wall of ours, there is a picture of the head chef playing one of the Disciples in an earlier production.

The second half of the play extends for nearly three hours, but such is the quality of the performance that the audience never gets fidgety.

From the trial before Pilate, watched by an indignant, churning crowd, to the Crucifixion itself, staged in harrowing detail, every scene is a triumph of storytelling.

At the end of the performance, as the huge cast melts away into the wings, we know that they will not be returning for a curtain call. And quite right too.

They are not wannabes, desperate for the limelight, but ordinary villagers called to bear witness to an extraordinary life. ‘Wow,’ whispers Siobhan, as we make our way back to our super-luxury coach. There is no need to say more.

If you want to see the Oberammergau Passion Play you had better hurry as performances finish at the end of September and then won’t be on again until 2030.