A heated argument has erupted on The Project over having the Aboriginal flag on the Sydney Harbour Bridge and potentially making it the national flag.

A segment was aired on 10’s panel show about the NSW government’s decision to permanently replace the NSW flag with the Aboriginal flag over the Harbour Bridge.

But the panel’s discussion over whether Australia was at a point of ’embracing’ the Indigenous flag as the national flag turned fiery when Steve Price rejected the idea. 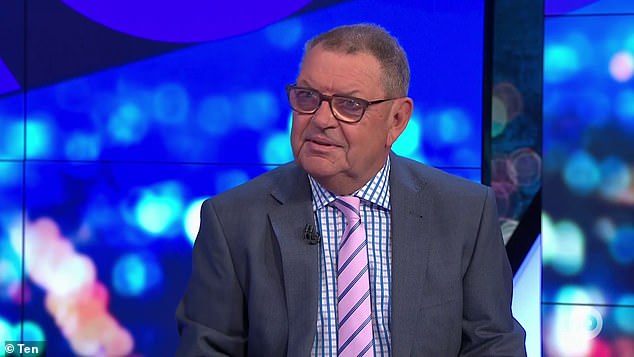 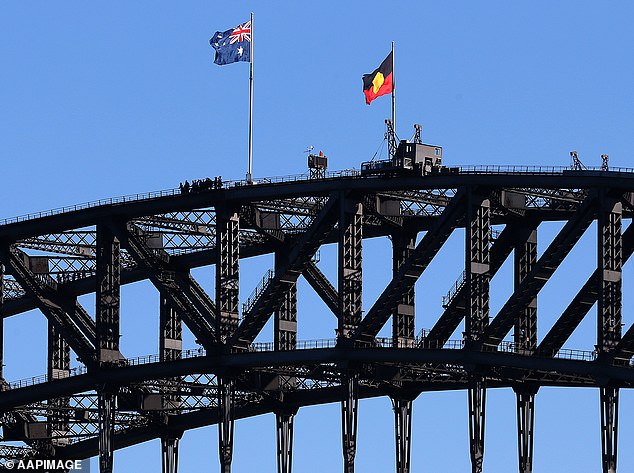 Price’s co-hosts, Carrie Bickmore and Peter Helliar, try to provide a response to his question before he continued with his rant.

‘We have one flag, and that’s the Australian flag. You want to have a referendum on the flag? Good luck, buddy.’

Helliar sided with Bickmore over the possibility that the Australian flag may be changed in the future to the Indigenous flag. 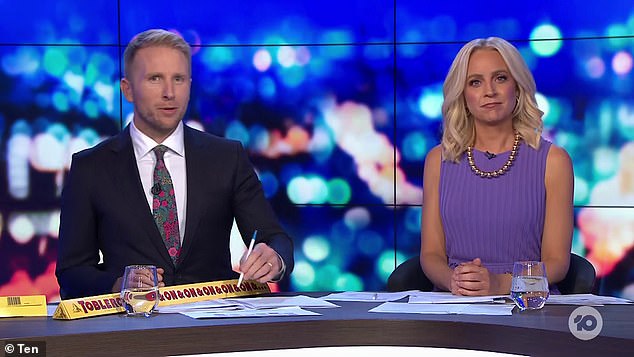 Hamish McDonald (left) has opened the discussion to the panel about having the indigenous flag as the national flag, which Price swiftly rejected

The NSW government had initially planned to have the Australian, NSW and Aboriginal flag all flying together over the Harbour Bridge until revelations an addition flag pole would cost an astonishing $25million.

Mr Perrottet backflipped on the plan and said the money would be better spend on initiatives to close the gap for Indigenous Australians.

‘This is a practical and pragmatic solution which makes sense and ensures that we celebrate our nation’s ancient heritage alongside its modern history in a continuing story, which we can all be part of, and celebrate together as one,’ Mr Perrottet said. 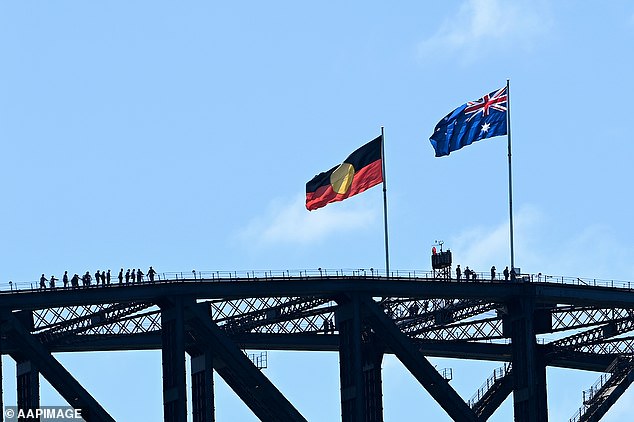 The Aboriginal flag has been flying above the bridge for the past week as part of NAIDOC celebrations and was due to be pulled down. Instead, it will remain there permanently.

Lauren Mace, from the Sydney pole company, said she guessed there were safety concerns behind the mammoth price.

‘It is a lot (of money) … I think there’s quite a lot of work that needs to go into it, for a flag to stand on the harbour bridge securely,’ she told The Daily Telegraph.

She suggested the bridge – one of Sydney’s busiest thoroughfares – would need to be closed if the work was carried out which could account for a large part of the huge cost.

The premier said the price ‘doesn’t seem to pass the pub test’ and immediately ordered the NSW Transport Department to review the contract, before deciding against it.

The state flag will be relocated to the Macquarie Street East redevelopment, near the Barracks at Hyde Park.

Mr Perrottet is hoping to establish the site as a new historical hub for the city.

‘The work that we’re doing on Macquarie Street – I will ensure that the NSW flag has a place there of prominence so that people can see it, appreciate it, learn from it and value it,’ he said. 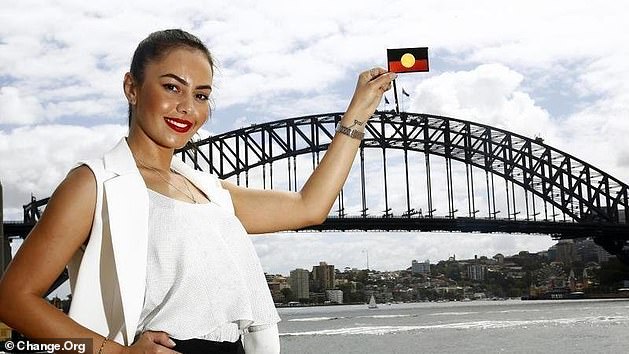 Cheree Toka (pictured) organised a successful petition and raised more than $300,000 towards the cost

The Herald reported the price was actually $10million lower than the figure Mr Perrottet made public, but he still decided to channel the funds elsewhere.

The extra $25million money will be moved into the $400million redevelopment of Goat Island in Sydney which will be handed back to traditional owners.