A man with aThree weeks to our wedding, I feel like calling it off after sleeping with her sister” – Anonymous

A man with a pseudonym has recounted his dilemma after sleeping with his bride’s sister with three weeks at their wedding.

My name is Friday (of course not my real name) I am from the middle-belt. So please save your tribalism with all those una Igbo, Yoruba, and Hausa insults. I met Grace(my wife-to-be) a few years ago. It was love at 1st sight. She was everything and is still everything I had hoped a woman should be. There is this crass about her that makes her effortlessly better than any lady around her. My type in the true sense of the word. Tall, busty, curvy, sassy, elegant, personable, and above all, she has a graceful soul. From the 1st date to this day, I still pinch myself like. What in God’s green earth is a beauty like her doing with a Shrek like me.

But then, true perfection is always a utopia. Grace in all her graceful demeanor and aura has a flaw; Indecision! More so, blind trust seems to be her albatross. (I swear she can even take Lai Muhammad’s word to the bank) Though, I still love her; flaws and all. Her complete or should I say blind trust for me and Abigail became one of the reasons Abigail(her younger sister) has become an unending chapter in our relationship. Even though the blame for what happened squarely falls on me.

Abigail just shies off 20, is too savvy for her age. Not the outright outstanding beauty like my Grace. Whatever little she lacks in beauty, she more than makes up for it in her mentality. For she is truly a smart and intelligent girl. Just five years younger than Grace. One who expects them at least to be close and be like Asaba and Onisha but then…they are the direct opposite of each other. While Grace is an introverted shy person, Abigail is quite the extrovert and likes to make friends for Africa. It is only fair to believe their formative time in secondary school played a part in their output towards life. Grace likes to conform like most day school students. Abigail on the other hand is the boarding school nightmare all parents hope not to experience: the deviant.

Through the 1st years we dated, Abigail was in secondary school and was never in the picture. For some odd or strange reason, Grace was not ready to fully commit. Not that I blame her or something. At 23, Most girls her age are like Alice in wonderland; they crush on celebrities and Chase childhood dreams and fantasies. The vile ones, if truth be told…tend to live out their hoė phase. At 28, I was already grounded to know what I wanted and it was Grace and marriage. Sometimes, you do all you can do but then life has a way of throwing in a curveball. Moreover, “No be say because I wan chop egg I go begin dey worship chicken.” Sensing her shakara, I pulled the hand brakes on us and walked out of the relationship.

***2 years later***
Fortunately or unfortunately after letting go, Grace became incensed and started to want me back. I hardly do any social media at this point. Pride won’t let her call me, so there was no way to send coded messages on WhatsApp status to me. Being the introvert that she is and the all trusting graceful Grace, she started to send Abigail over to my place to bridge the gap. In just over two years, Abigail had changed and developed into a sexy hippie bohemian. Not that I fancy her in an erotic way or something. It’s just that in our contemporary Naija society where mostly everyone conforms, it is hard not to notice a bohemian.

Knowing I would do no better than Grace even with a million dollars and in a hundred years of searching, I mended fences with Grace and our relationship became stronger than ever. Over time, Abigail became a bridge between us. At first, Grace would send her over to run errands for her. After a while, it became second nature for her to come over and fidget with my electronics. Courtesy demands you be nice to your in-laws to be and so I was nice to Abigail.

Abigail’s posturing over time made it difficult for me to say no to her especially during their Nengi and Laycon days in the house. She was a fan of big brother lockdown. And would always ask for my keys to watch the silly show for she was equally as silly to be gushing over that vanity fair. Grace seems not to have any issues with her coming over and I also did not for I was hardly home and God knows the sub was kinda wasting away.

Some things in life are not planned. They just happen! My boss at work then tested positive for Covid and we were all asked to quarantine at home. Grace still had to go to work while Abigail was always free because of the ASSU strike. Suddenly, I started to be alone with Abigail. She would come over “for big brother” around 9 am and leave around 7 pm in time to beat her curfew at home. It was awkward staying all day with Abigail. Grace too predictable, only comes over on Sunday. For some strange reasons, on Sundays, Abigail will never show up.

There were times, and I am sure it could just be my imagination, that she enjoyed teasing me. She would come dressed as a sister Mary Amaka from home but after a while, she would take her bath and transform into a Kardashian. Wearing skimpy clothes and heavy make-up. I tried to give her her space.

I was in quarantine and therefore, had practically nowhere to go. I am the type that doesn’t flock with co-workers and I hardly keep any friends except for Grace. I am not one to be neighborly with my neighbors so I was stuck with Abigail all day. Humans are social animals and we tend to gravitate towards each other especially when we are alone with someone. Gradually, she won me over and I started to watch the big brother show with her.

While she was rooting for Nengi after her Erica left, I was simply for Neo for he had my height. And the bond between us grew. God knows I had no vile motives and evil intentions. It is hard not to enjoy Abigail’s company for she is a smart, gleeful, and witty girl. While I do all the talking with Grace, Abigail on the other hand does all the talking with me and it was a welcome change.

*** D Day ***
It became obvious Abigail was not telling the truth at home. She would pick their calls and tell them she was in her female friend’s house. And in the spirit of our newfound big brother bond. We kept the secret. On this faithful day, it had rained all day and Nepa had struck and the plugin my generator was no good. The rain had brought with it a cool breeze and some magical thunder.

Seemingly, we could not watch our show so I took a blanket because of the cold and buried my attention on my PC (laptop) re-watching season 5 of game of thrones.
Naively, Abigail joined me and entered the blanket with me. I use the word ‘naive’ because I honestly do not want to qualify her as a minx. And I know she does not see me as a Justine Bieber of a crystal ball for her to be drooling at. While in that warm blanket watching the movies in such a compromising position, One thing led to another and a lot of that one thing opened up her Pandora’s box, and I… I ate the most forbidden fruit there ever was. There is no telling how wonderful making love to her was at the heat of the moment and there’s no shame in the world that equates to the shame that immediately dwells and still dwells in my soul shortly after even to this day.

There’s a lot to blame our mistake and betrayal on. Could it just be the moment? the weather? the chemistry? the devil? (laughs) my opportunistic habit? Her feminine warmth in such proximity? my placing a hand on her thigh and meeting no resistance? My foggy mind and grown erection? Her racing and panting heart? Her feisty zeal and deviant nature? My libido? Hers? My morals? Buhari? Herdsmen? IPOB? Sunday Igboho? Dstv and big brother? NEPA? Game of Thrones? Was she after all a minx? In all fairness, she is just a little naive girl that does not deserve to be pilloried for my betrayal. As an adult, I should have known better and acted a lot better.

Climbing down from our lustful climax, we both knew immediately what we had done, the gravity and the implications it could have on not just us, but grace and the whole family. In the most contrite way possible, we apologized to ourselves and vowed never to repeat it. We felt it would be better not to tell Grace or anyone and we agreed Abigail would stop coming over. I started to avoid Abigail at all costs. I did not just release cum after my despicable act with Abigail, I released everything good in me and every form of happiness. I felt much less of a man and wished I had died as a child or better still was aborted.
I hardly could face Grace after.

The more I try to ghost her, the more she held on tightly. It became awkward visiting their family house for I was not comfortable around them trusting and accepting me. Not for the fear that they would find out…just my conscience eating me up. I stayed away and made peace with my gross mistake. For over six to seven months. I did my penance and nothing happened with Abigail. I know I am in a better place now to make sane decisions about cheating. To give something back to Grace, I have vowed never to sleep with anyone till die. We know how cheating amongst married men is common these days. I no call Adekunle Gold name oh!

I and Grace are set to do our wedding on the 17th of this April. The thing is…Abigail is her chief bridesmaid and preparation demands I see her most times. She still has a look in her eyes…dunno what to make of it. A look of blackmail? Of you could still hit it if you want? We have an unfinished business kinda look? You should be paying a bride price for two looks? I die inside every time I see Grace happy she again got us back to talking terms because of the wedding. Ignorance is truly bliss.

I have doubts about going through with this wedding. Folks may laugh and say I chickened out because of the inflation and money, others might blame Grace. It may ruin Grace forever. How do I do this knowing Abigail will always be family? 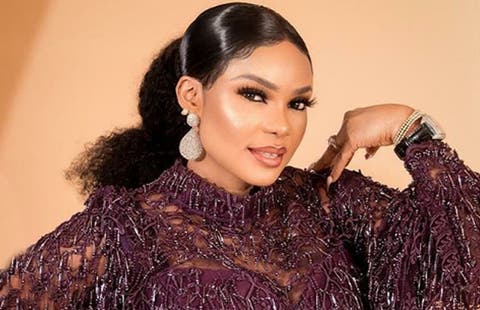 Iyabo Ojo said she might no be academically sound or brilliant but God blessed her with wisdom, knowledge and grace such that she now employs… 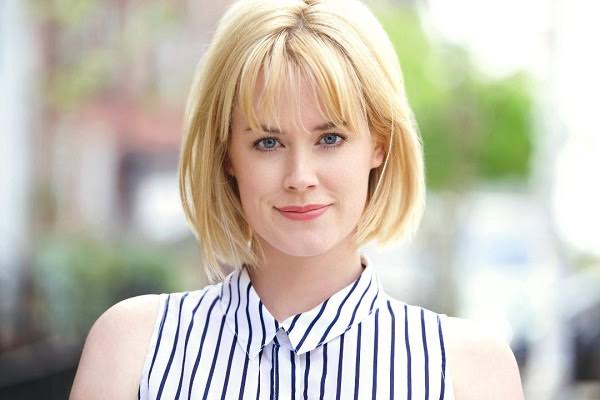 Abigail Hawk Body Measurements and other interesting facts about one of America’s finest Actress. There are a good number of reasons that make fans talk… 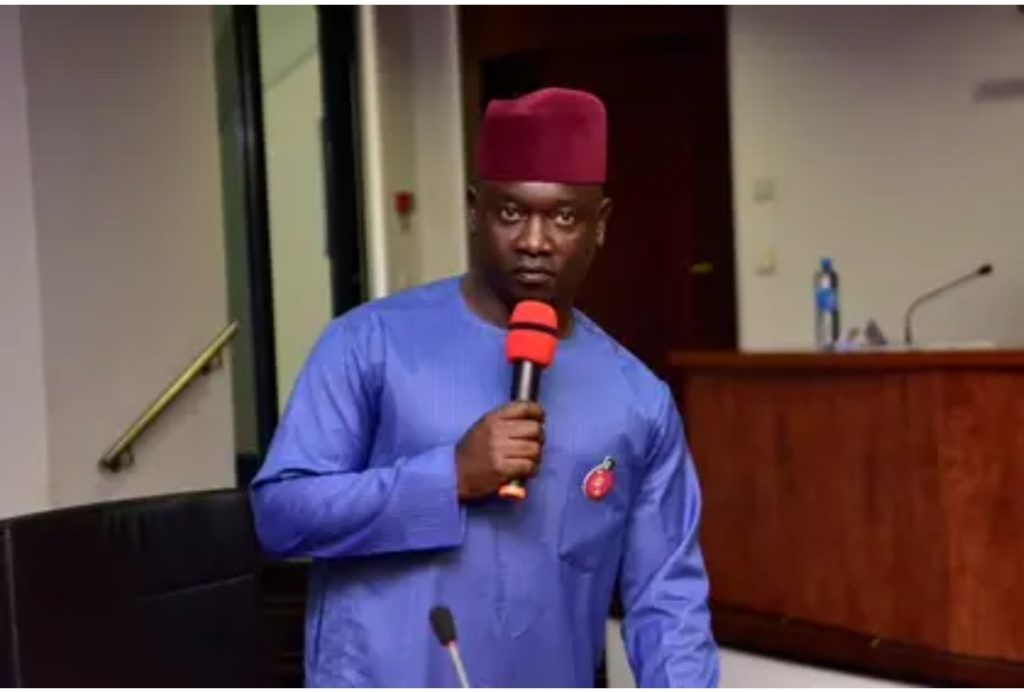 Kaduna State Commissioner for Internal Security and Home Affairs, Samuel Aruwan, and his convoy couldn’t address the parents of the abducted children of Bethel Secondary… 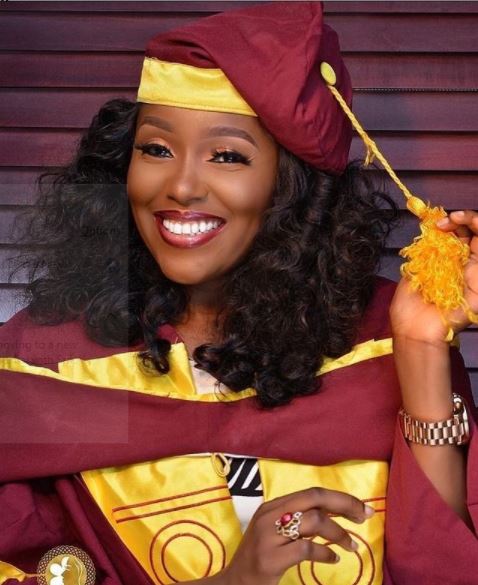 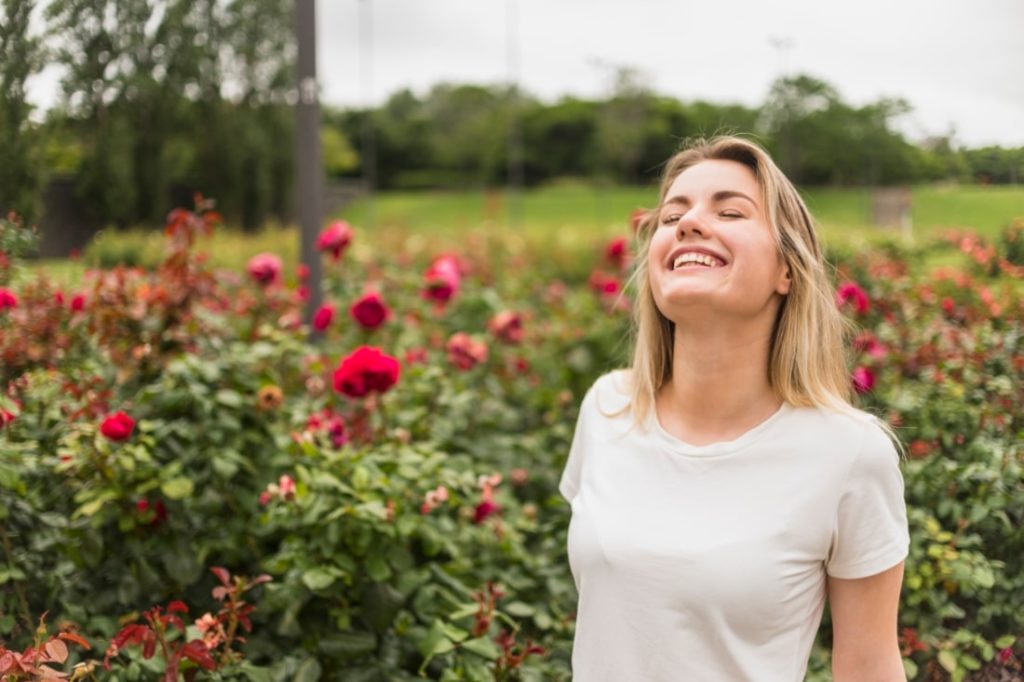 60 ‘you are beautiful’ quotes to show that you care There is a need to know more about beautiful quotes. In this article, we will…