A gang of thugs used baseball bats and metal bars to bash a trainee nurse before posting the video of the callous attack online.

There are fears it could be a continuation of a spate of attacks by Hindu nationalists against Sikhs within Australia in echoes of conflict in India.

Rahul Kumar, 30, was viciously set upon by a group of hooded men outside the Plus Fitness Westmead gym in Sydney’s west on Saturday afternoon while another filmed the assault.

Mr Kumar, who is a member of the Sikh charity group Turbans 4 Australia, was about to get in his car after a workout when the men suddenly ambushed him and mercilessly beat him before scattering. 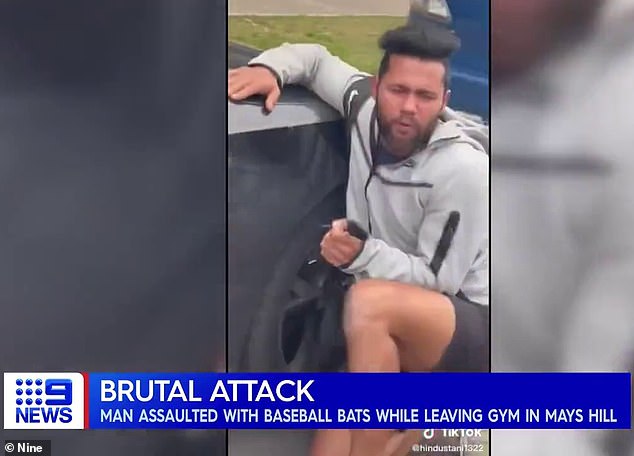 He was left with a broken arm and needing eight stitches to a head and also suffered severe bruising on his legs.

Mr Kuman said he is now afraid to leave his home.

‘They bashed me badly,’ he told Seven News.

‘My head was bleeding, my shirt was totally red in blood.’

‘That was the worst time I have suffered with.’

Video of the attack was later posted on social media platform TikTok leading to concerns the assault on Mr Kumar was politically motivated.

Turbans 4 Australia spokesperson Amar Singh said the ordeal was similar to those carried out across western Sydney last year by a hate group who targeted Indian people seen as not supportive enough of the country’s government. 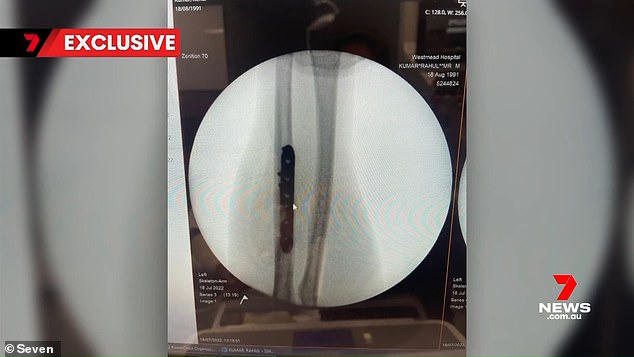 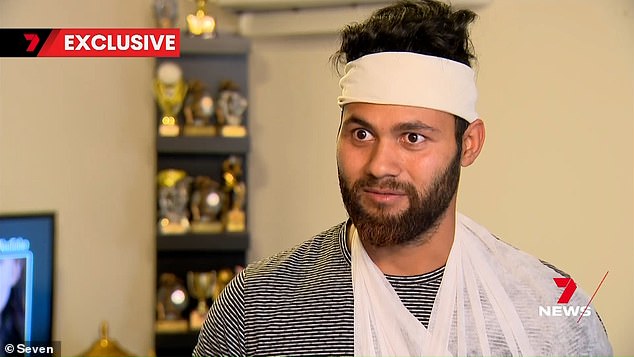 ‘It feels like a similar gang,’ Mr Singh said.

‘They’ve had the same modus operandi since last year, attacking random people from within the Indian community.

‘I think this gang needs to be controlled.’

Police are asking for anyone who witnessed the attack or can identify those responsible to come forward.