The model, 21 – who was dubbed ‘the most beautiful girl in the world’ at the age of six – looked incredible as she donned some quirky flower-patterned jeans.

She teamed it with a matching oversized zip-up jacket, worn over a simple white tank-top. 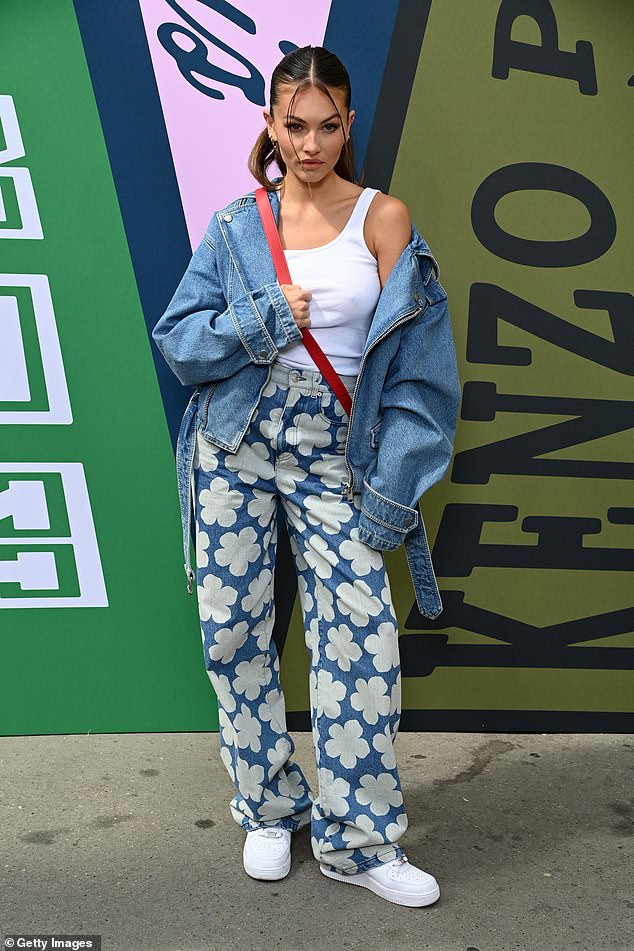 The stunner added a pop of colour with a scarlet cross-body bag, finishing the look off with some white chunky trainers.

Thylane wore her silky chestnut tresses up in a slicked back ponytail, leaving out a few face framing strands.

The star opted for a soft glam make-up look with a smoked out eye and a plum lipstick. 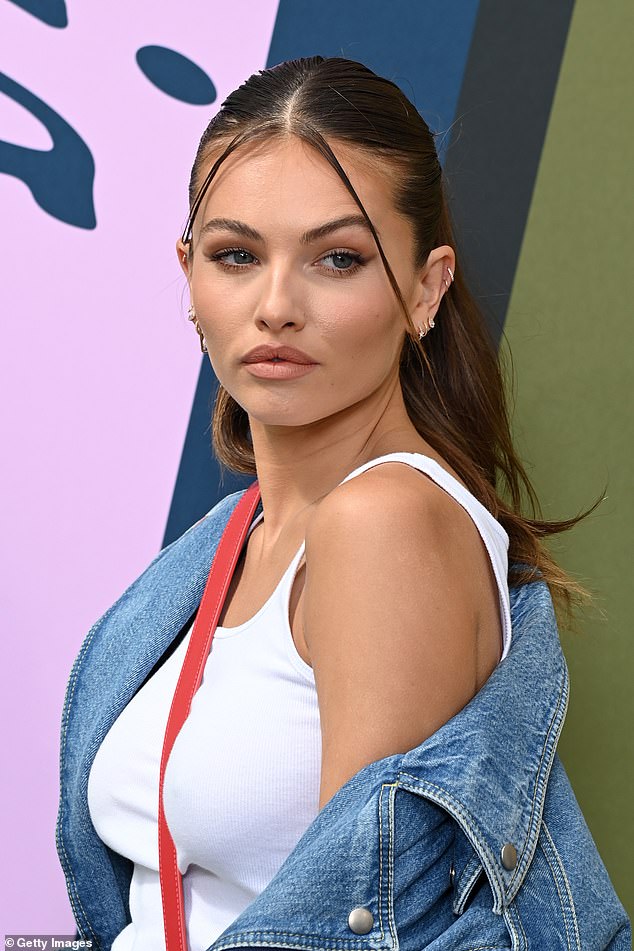 Stunner: The model, 21 – who was dubbed ‘the most beautiful girl in the world’ at the age of six – looked incredible as she donned some quirky flower-patterned jeans

Trendy: She teamed it with a matching oversized zip-up jacket, worn over a simple white tank-top

She accessorised with a series of stacked earrings.

Late in 2021, Thylane revealed she has had multiple surgeries over the past year for complications with ovarian cysts.

The model shared an Instagram post detailing her health problems, and posting photos from her hospital bed. 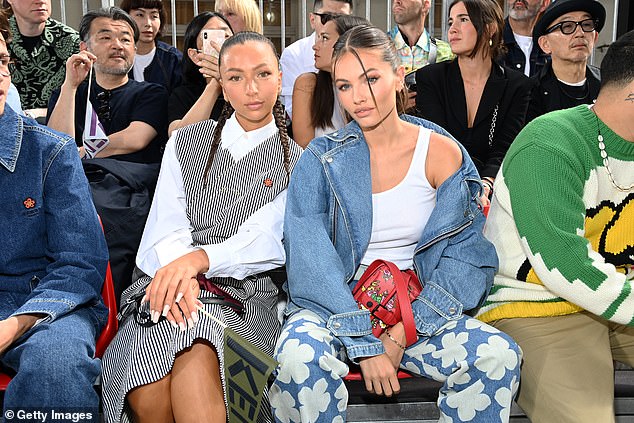 Enjoying the show: Thylane wore her silky chestnut tresses up in a slicked back ponytail, leaving out a few face framing strands

The French beauty explained that she had surgery after an ovarian cyst ‘exploded in my stomach’.

Sharing photos of herself in her hospital gown and an image of her scan, Thylane went on to explain that she began experiencing pain again three months after her first surgery.

‘At the beginning everyone ( and I ofc ) thought it was because of the operation,’ she wrote. ‘This year I saw three different gynecologists, I’ve seen more than 4 radiology centers in Paris and all of them said the same thing, “don’t worry U have nothing it’s all in your head”. 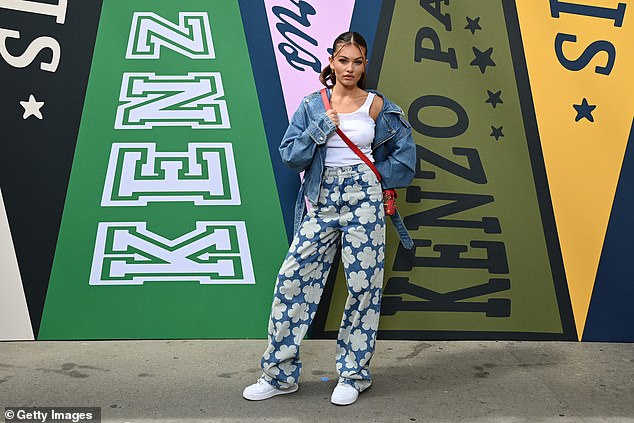 Chic: The French star opted for a soft glam make-up look with a smoked out eye and a plum lipstick

Earlier, Thylane had said she had to go to the ER ‘because my belly was hurting so Much I couldn’t handle it anymore and they said that everything was fine and that I had a lil kyste and I will have to do a check up in 2-3 months.’

‘The day after this I had this appointment with an amazing doctor ( Olivier Kadoch ) who directly saw that I had a kyste of 5,6 cm who was touching my ovary so he sent me to do an IRM and an hour after this , the doctor called me and ask me to go straight to the hospital to do an emergency operation .’ 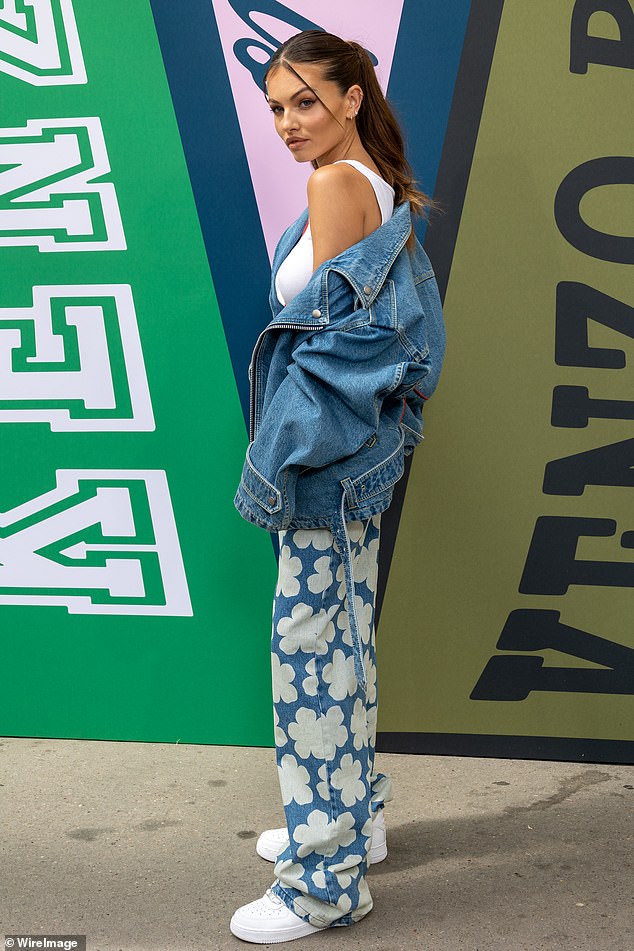 Model: Thylane posed up a storm in a chic double-denim ensemble as the beauty collected her hair back in a slicked style 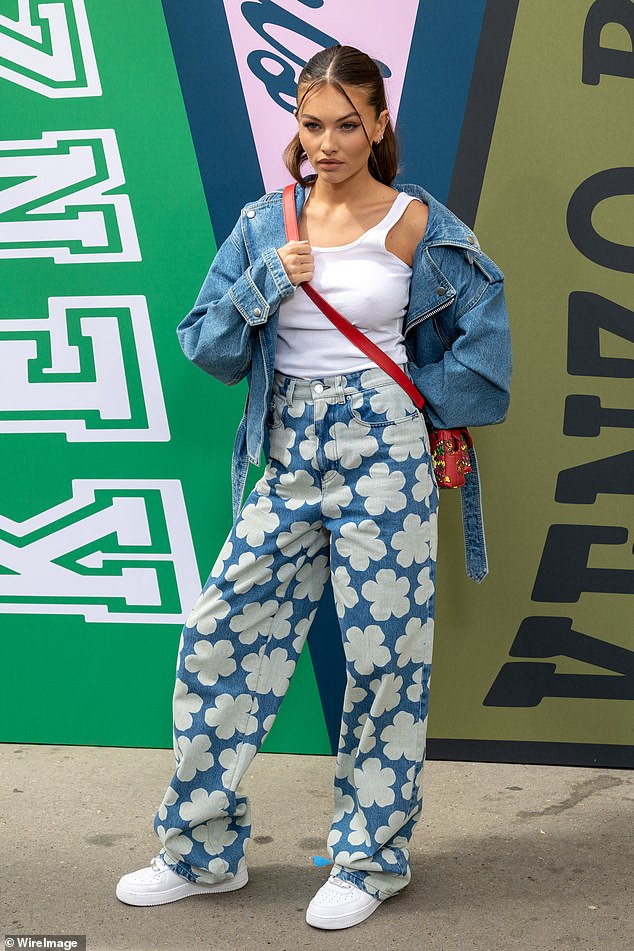 Double denim: The star sported some fun jeans and a matching zip-up jacket as she attended the event

‘From this experience I’ve learned that when you’re body hurts, don’t let it slide and take care of it, you must see different doctors until some of them find the problem and heals it. Any pain even the little ones can hide something way more important.’

Thylane went on to thank her doctor ‘who literally saved my life,’ as well as her mother for travelling from the South of France to be with her. She ended her post by paying tribute to boyfriend Ben Attal ‘who helped me since 1 year ago with my belly problems ❤️.’

The fashionista is the daughter of football player Patrick Blondeau, and rocketed to fame in 2007 at the age of six after being named the ‘most beautiful girl in the world’. 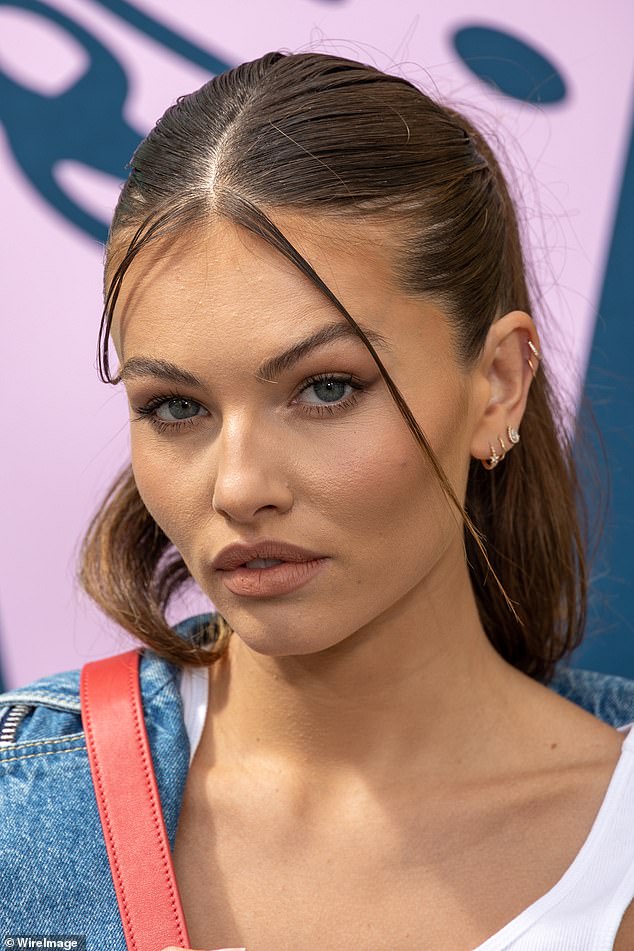 Glam: Thylane kept her make-up look simple yet glam with a smokey wing and some muted lipstick

The awards, which began in 1990, pride themselves on being among the most ‘diverse’ beauty awards.

Taking to Instagram at the time, a delighted Thylane thanked the competition for the award, admitting that she ‘couldn’t believe it’.

She wrote: ‘I just can’t believe it myself, thanks so much @tccandler and everyone who voted.

‘I never thought I was once number one! I’m thankful to all of you I really hope you’re having great holidays and spend nice Christmas with your family ..all the best to all of you guys lots of love (sic)’. 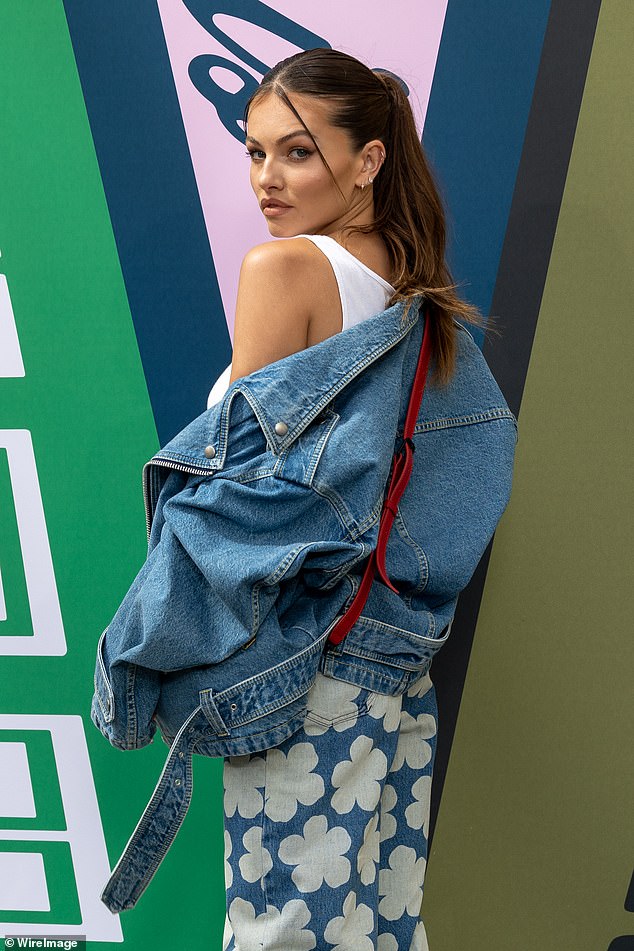 Posing: Thylane flaunted her sense of style in the fun outfit as she attended the Paris Fashion Week show