By Tom Brown For Mailonline

A Tibetan woman has died after a man on board a bus in Toronto allegedly poured flammable liquid on her and set her on fire.

Toronto paramedics rushed the woman suffering second and third-degree burns to Sunnybrook Health Sciences Centre after a half-dressed stranger approached her and set her alight.

She was attacked at Kipling station, which is near Kipling Avenue and Dundas Avenue West, at about 12:25pm on June 17.

Police arrested Tenzin Norbu, 33, and charged him with attempted murder and assault with a weapon. Toronto police are treating the incident as a hate crime. 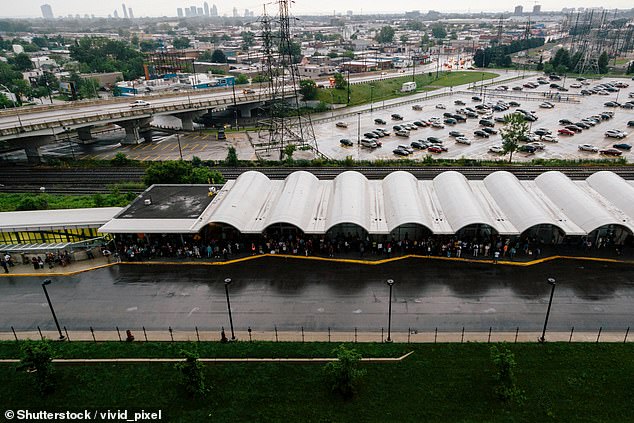 A file photo of Toronto Kipling subway station, where a woman was doused in liquid and set on fire on June 17, is shown

Constable Alex Li, spokesperson for the Toronto Police Service, said she died Tuesday and that homicide officers are now deciding whether to upgrade the charge to murder.

In a statement posted to an online fundraiser, the woman’s sister says: ‘Thank you everyone for all the support. We are so grateful, and it has been a difficult time. My sister lived a life of service to others and cared for many people.’

The statement says says donations have now reached more than $34,000 and will be used for funeral expenses and health-care costs.

‘To my sister, we love you and we miss you. We wish her soul to rest in peace.’

At an event celebrating the 87th birthday of the Dalai Lama, the Tibetan spiritual leader, community members marked a moment of silence in commemoration of the victim, who has not been named. 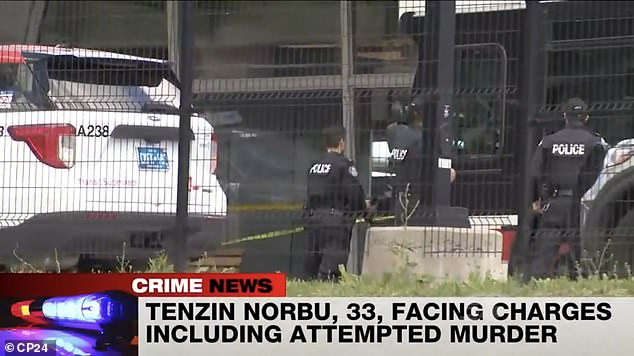 ‘Nobody expected something like this to happen,’ Kalsang Phuntsok, president of the Tibetan Association of Ontario, told CBC News.

‘It’s really unfortunate and a very sad event. A lot of Tibetans don’t expect something like that to happen randomly. Most of them are quite shocked.’

Toronto Mayor John Tory said: ‘We all pray for the woman attacked at Kipling Station. This is a shocking criminal act that shouldn’t happen anywhere in our city.’

He thanked TTC employees and bystanders for rushing to help the woman.

A link to the GoFundMe campaign for the woman’s family can be found here.