If you want to read a woman who embodies elegance, bravery courage, intelligence, beauty and most importantly godliness, then don’t have to look any further. All you need to to do is enter the keywords; Tori Moore.

Tori Moore was having a beautiful career until she was faced with a challenge which will be discussed later on. Despite the challenge which affected her career, she didn’t allow it pull her down or force her into depression, instead, she rose against all odds as she withstood it firmly with the help of her famous husband.

Other women, children and men became inspired because of how Tori Moore shielded off all the fiery darts her situation threw at her at a very pivotal point in her very young career. 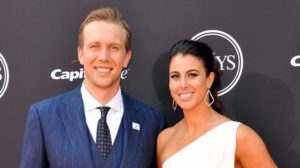 Also, Tori Moore can be counted as one of those worthy women who can be described as the pillar of support for their husbands especially in terms of their successes or achievements in their respective fields.

In the next paragraphs, we shall be providing you with answers to the questions on your mind like; Who is Tori Moore? Where is she from? Who is her husband? We shall also be revealing some other details about her.

Tori Moore was catapulted into the limelight when she married famous NFL quarterback, Nick Foles. Her real name is victoria Danielle Moore. She was born on June 6th 1990. She is the youngest of three children born to parents Rosina (nee. Cota) and Daniel Moore. She is a native of California and she has two older brothers; Evans and Ryan Moore. 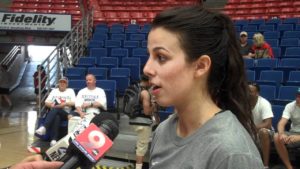 She attended Brea Olinda High School where she played volleyball. Tori Moore later became team captain and was named MVP in her sophomore year. Tori proceeded with her brilliant performance on the court to college where she also joined the school’s volleyball team at the University of Arizona.

After graduating from the University of Arizona, she worked as a Digital Marketer for popular Sports brand, Nike at Beaverton, Oregon. However, her career cut short after she was diagnosed with a health challenge – Postural Orthostatic Tachycardia Syndrome, that resulted in Lyme Disease. 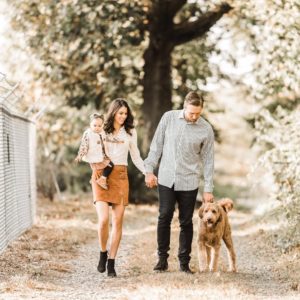 The couple had their first child, Lily James Fole three years later and the NFL star described the birth of his daughter as the most beautiful moment of his life. He also praised his wife for her courage despite battling with a disease at that time. He dedicated a chapter to her in his 2018 book, Believe It: My Journey of Success, Failure, and Overcoming the Odds, which debuted at No. 5 on the New York Times best-seller list.

Tori Moore had a lengthy battle with Lyme disease and Postural Orthostatic Tachycardia Syndrome, (POTS), right after college which made her leave her job with Nike.  Many were not aware of Tori’s health issues until after the Eagles’ stunning 2018 Super Bowl run where her quarterback husband won the Super Bowl best player. After the season, Tori and her husband used various programs to raise awareness for those battling with POTS disease. She also began a blog called Healing As We Go. 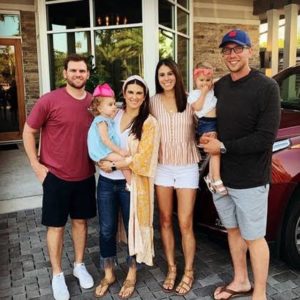 Details about her net worth are unknown but it is evident that she is living a very comfortable life with her husband. Nick Foles net worth is estimated to be in the region of $17m.

Tori Moore values her family above all else and her favourite fun activities are spending time with her family, reading, shopping watching TV, eating, and sleeping.