Schoolchildren who call themselves transgender are going through ‘nothing more than a phase’, says Tory MP as he urges schools to ‘push back’ against trans campaigners

By Tom Pyman For Mailonline

A Tory MP says schoolchildren who call themselves transgender are going through ‘nothing more than a phase’ as he urges schools to ‘push back’ against campaigners.

Nick Fletcher, who made headlines when he claimed young men are being turned towards a life of crime because Dr Who is a woman, has sent letters to every school in his constituency.

He insisted a ‘transgender lifestyle’ is being glamorised in books and in the media and claimed he would stand up for head teachers who didn’t indulge in the same way.

The MP for Don Valley in South Yorkshire said in his letter: ‘I believe that quite simply boys are boys and girls are girls. 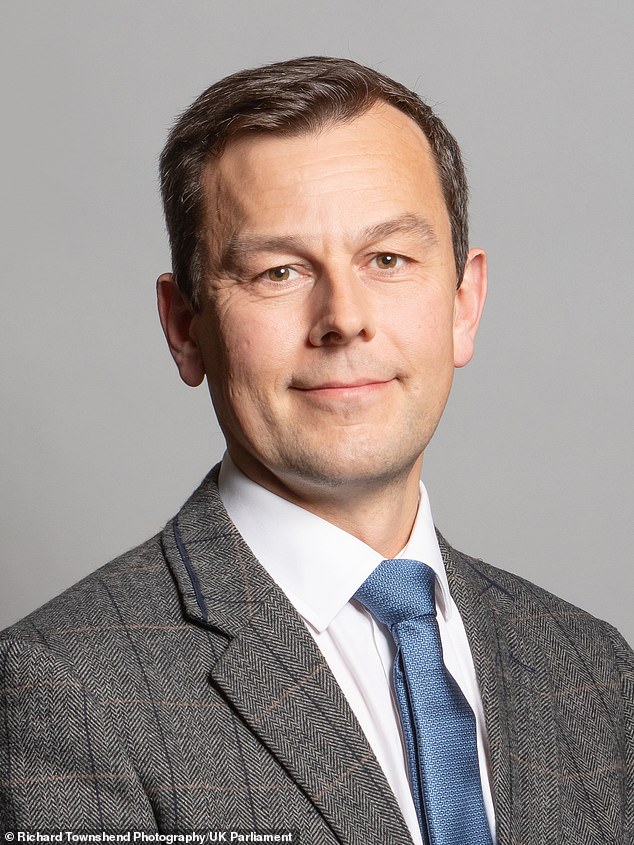 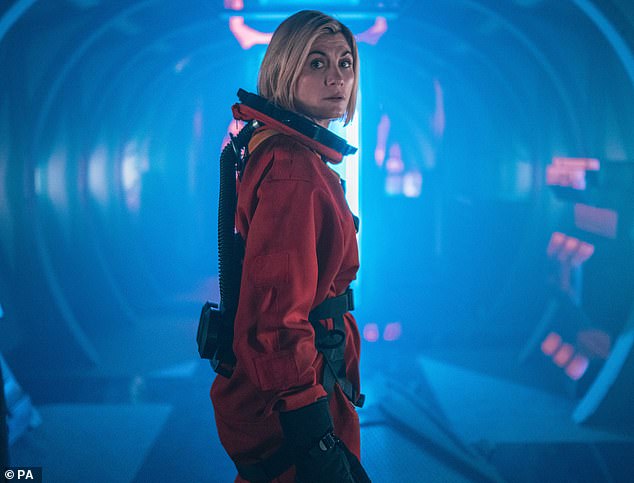 Mr Fletcher has often been outspoken over women taking traditionally male roles in films and television, most notably when Jodie Whittaker was named as the first female Dr Who, which he claimed was forcing young men towards a life of crime 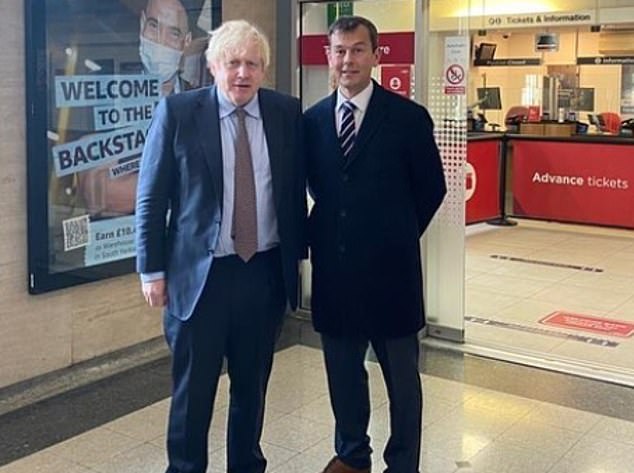 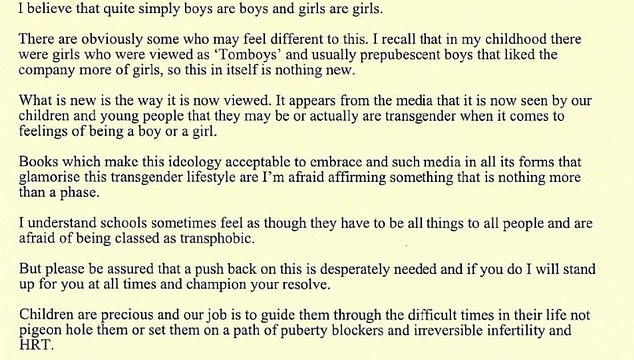 ‘There are obviously some who may feel different to this.

‘I recall that in my childhood there were girls who were viewed as ‘Tomboys’ and usually or probably prepubescent boys that liked the company more of girls, so this in itself is nothing new.

‘What is new is the way it is now viewed. It appears from the media that it is now seen by our children and young people that they may be or actually are transgender when it comes to feelings of being a boy or a girl.

‘Books which make this ideology acceptable to embrace and such media in all its forms that glamorise this transgender lifestyle are I’m afraid reaffirming something that is nothing more than a phase.

‘I understand schools sometimes feel as though they have to be all things to all people and are afraid of being classed as transphobic.

‘But please be assured that a push back on this is desperately needed and if you do I will stand up for you at all times and champion your resolve.’

Mr Fletcher has often been outspoken over women taking traditionally male roles in films and television, most notably when Jodie Whittaker was named as the first female Dr Who, which he claimed was forcing young men towards a life of crime.

The MP used a debate about International Men’s Day to bemoan a lack of positive male role models on the big screen.

And he drew a link between crimes committed by young men with a slew of previously male on-screen roles shown in a positive light being taken on or replaced by women in the lead.

Among those he cited were Dr Who, the Ghostbusters – whose original all-male team was replaced by an all-female one for a 2016 reboot – and Luke Skywalker being replaced by Daisy Ridley’s Rey.

He said that more positive male role models could help combat violence against women and girls, the vast majority of which is carried out by men and boys.

Last year, Mr Fletcher was caught out posting the same selfie for the third time to publicise a constituency visit after residents spotted Christmas trees in the background. 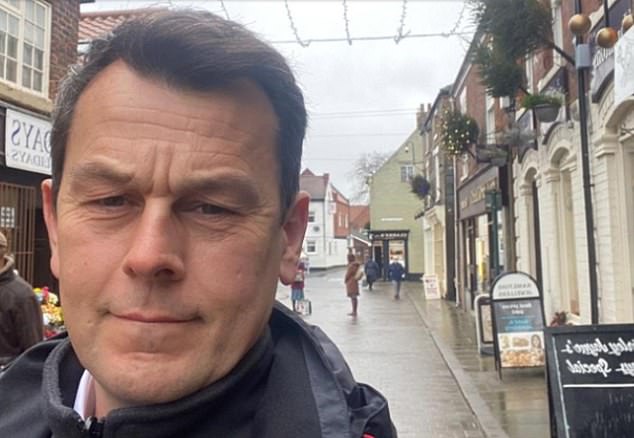 The selfie posted by Tory MP Nick Fletcher, 39, with Christmas trees and festive lights in the background 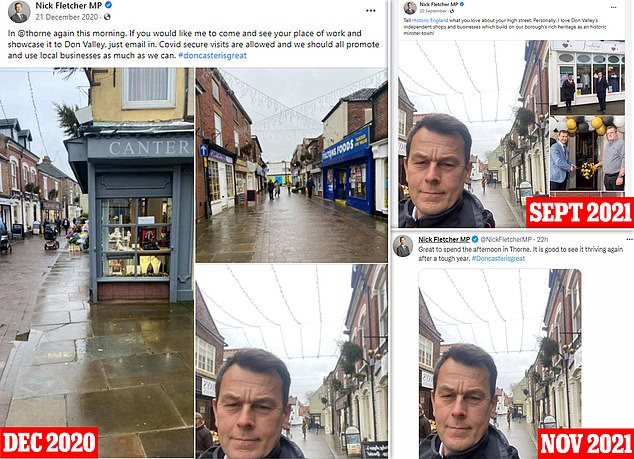 The Conservative posted a picture on his Facebook page that claimed was taken in the small town of Thorne, near Doncaster.

However, constituents quickly spotted Christmas trees and festive lights in the back of the photo, despite decorations not yet having been erected in the town this year.

The selfie, showing the MP smiling, is actually an old picture that he has posted to his social media on two previous occasions within the last year – leading to residents accusing him of faking the visit.

Mr Fletcher quickly apologised for the error claiming he had ‘forgotten’ to take a photo during the visit so, instead, used an older one.