A Tory Police and Crime Commissioner who was caught speeding five times in 12 weeks has vowed to crack down on errant motorists.

Caroline Henry, PCC for Nottinghamshire, pleaded guilty to the five offences, which all happened since she was elected to her £76,000-a-year post. Her husband is the Tory MP for Broxtowe, Darren Henry.

During a meeting with of Nottinghamshire’s Police and Crime Panel at County Hall councillor Michael Edwards asked Ms Henry about her commitment to tackling speeding.

She replied: ‘There are about 100,000 people in Nottinghamshire each year that break the speed limit and out of those 40,000 are entitled to a speeding awareness course.

‘As part of the next round of my community grants there will be an opportunity for people to bid in to do community speedwatch. I am absolutely committed to doing this.’ 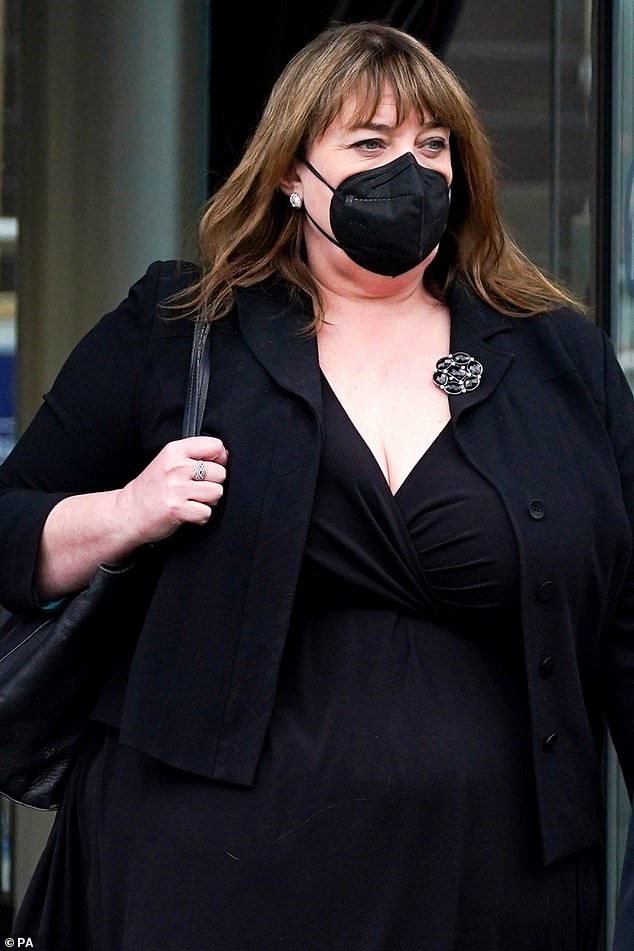 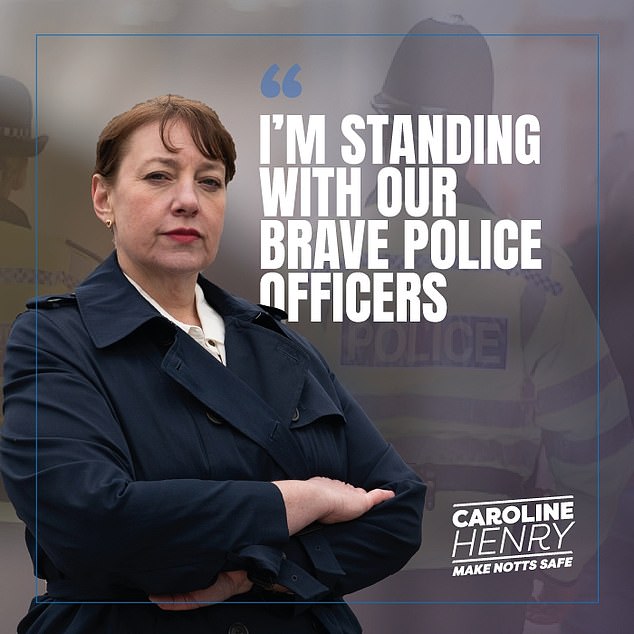 Ms Henry, pictured, will be sentenced on July 19 where she faces losing her driving licence

The crime tsar has spoken publicly for the first time since she appeared before Nottingham magistrates in early May for speeding at various locations across the county between March, May and June last year.

Speed cameras clocked her going as fast as 40mph in a 30mph zone. She will be sentenced on July.

She said: ‘I am very ashamed, embarrassed and sorry.’

Speaking during the meeting with Nottinghamshire Police’s chief constable Craig Guildford sitting behind her, she said ‘Members of the police and crime panel, before my update is presented to you, I think it is only right to formally acknowledge the matter of the court case, of which I am involved as a private citizen, given that some of the information is already in the public domain.

‘Unfortunately, because this matter has not formally been concluded at court, I cannot discuss it or take questions on the matter because I have to avoid any possible interference with the judicial outcome of the case which will be concluded in approximately six weeks time.

‘What I am able to do, however, is to restate the apology that has been publicly reported already.

‘I am very ashamed, embarrassed and sorry. I remain passionate about fulfilling the responsibilities expected of me as the police and crime commissioner for Nottinghamshire.’

On May 24, three weeks to the day from her first court appearance, Mrs Henry introduced a board to investigate the police over how it prevents criminal activity.

At the time, the former police and crime panel member Alex Norris, Nottingham North’s Labour MP, said ‘The hypocrisy of Caroline Henry doing so the same month as having pled guilty to multiple crimes shows how untenable her position is.’

The Labour councillor for the Ernehale ward, David Ellis, who’s vice-chairman of the panel, said ‘It does make it difficult to try and ask the chief constable about what he is doing about speeding, for instance.’

Mrs Henry’s lawyer, Noel Philo, has argued that sentencing should be dealt with by a district judge and two of the incidents should be challenged under ‘special reasons’.

She could have up to 15 points added to her licence, which can result in a ban from driving of a minimum of six months.

At the crime panel meeting, members discussed a rise in violent crime involving weapons, such as knives, which jumped by 25 per cent.

Particular concern over incidents occurring in Nottingham city centre and Broxtowe were mentioned.

Independent councillor Richard MacRae, for Stapleford North, asked ‘what reassurance would be given as to the effectiveness of interventions in violent crime’.

Mrs Henry replied ‘Nationally there has been an increase in knife crime too.. Night time economy has started up again and I think that has affected things.’

At the May court hearing, magistrates heard she broke the 30mph limit five times in just 12 weeks, including twice on consecutive days, and twice near a primary school.

Mrs Henry, who was elected to the post in May last year, was caught speeding in a blue Mercedes and a silver Lexus with a personalised number plate.

Speed cameras clocked her going as high as 40mph in a 30mph zone, with the other speeds recorded at 35mph and 38mph.

She is expected to argue that two of the five offences were due to ’emergencies’, with one being when she was ‘very concerned for one of her children’.

On her official PCC website, she listed ensuring an ‘effective and efficient’ police response to speeding as one of her priorities.

She campaigned for election using the slogan ‘Make Notts Safe’ and promised to ‘reduce crime with action, not words’.