By Brett Lackey For Daily Mail Australia and Aap

A stolen car believed to have carried an injured 12-year-old boy away from a car crash before he was dropped off at a friend’s house and later died has been recovered by police.

Wayne Russell, 12, was in a Holden Barina when it smashed into a power pole at Towradgi, near Wollongong, at 1.30am on Tuesday morning.

Police arrived at the crash site but found the wreckage empty and believe the boy was pulled out of it and transported by a stolen Ford Focus to a friend’s house.

The vehicle was later found abandoned by police in the nearby suburb of Bellambi on Thursday, The Daily Telegraph reported. 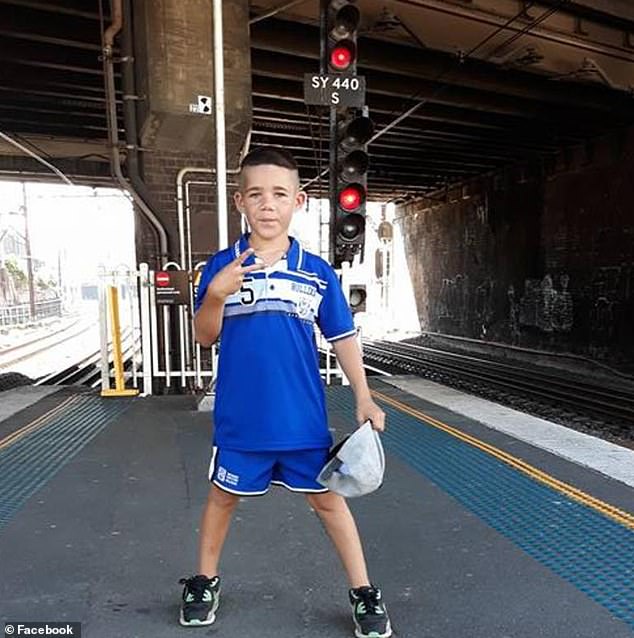 Wayne Russell (pictured), 12, is believed to have been a passenger in the car and the other occupants pulled him from the wreck

An hour-and-a-half after witnesses heard the crash, emergency services were called to a house in Balgownie and found the boy with significant head and internal injuries.

Wayne was treated by paramedics and transferred to Wollongong Hospital, but did not survive.

NSW Police Detective Acting Inspector Jason Hogan told reporters the boy was a passenger and was dropped off at a friend’s house, who then made the triple zero call as the other occupants fled.

Detective Hogan was asked if the crash was linked to a recent Tik Tok trend where children dared each other to steal cars and lure police into high speed chases.

Using the hashtag #creepingwhileyousleeping, youths brazenly show off their illegal behaviour through the platform.

‘We’d appeal for anyone that might have social media content that would cover the incidents that’s happened this morning to come forward,’ he said. 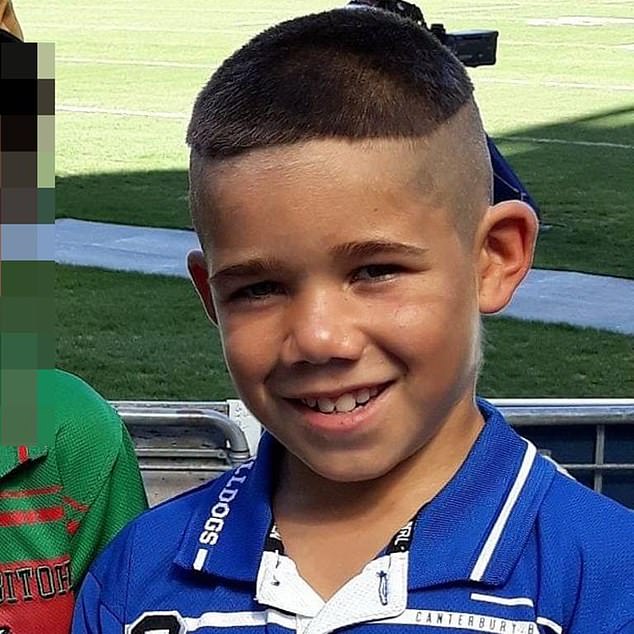 Thirty minutes after witnesses heard the crash, emergency services were called to a house in Balgownie and found the boy with significant injuries 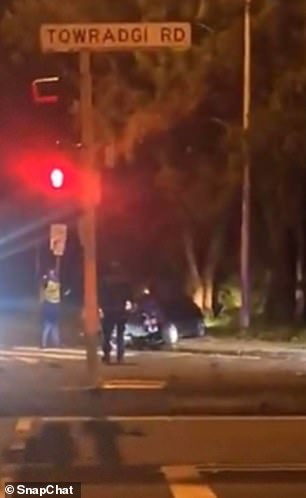 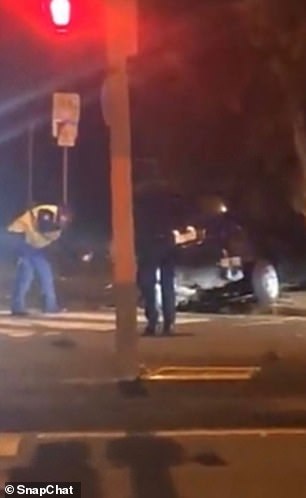 A stolen black Holden Barina crashed into a traffic light at Towradgi, in Wollongong, south of Sydney, in the early hours of Tuesday morning, half an hour before the boy was dropped at a friend’s house by a silver car

‘In one case we had four children in a car, one child had the pedals to control the speed and the other child had the steering wheel for visibility so they were relying on each other,’ Commissioner Webb said.

A Gold Coast couple recently saw a group of young thieves break into their home while filming themselves under the social media craze.

‘You could see they were on their phones and filming it the whole time,’ Sue Geary told A Current Affair.

‘I got up and could hear running and I got up and I could see four thieves that were running upstairs.’