Vanessa Feltz, 60, jokes it’s time to trade in her hot toyboy as he celebrates his 50th birthday

By Katie Hind Consultant Editor Showbusiness For The Mail On Sunday

Vanessa Feltz has often boasted about the benefits of having a much younger partner.

But the BBC presenter says fiance Ben Ofoedu’s recent 50th birthday means he is now too old to qualify as a toyboy and jokingly suggested it may be time to trade him in for a younger model.

Ms Feltz, 60, has been dating the singer for 16 years and has frequently spoken about their adventurous sex life.

When her partner was about to celebrate his milestone, the broadcaster said: ‘We have nothing in common and obviously everybody thought it couldn’t possibly work, even us. 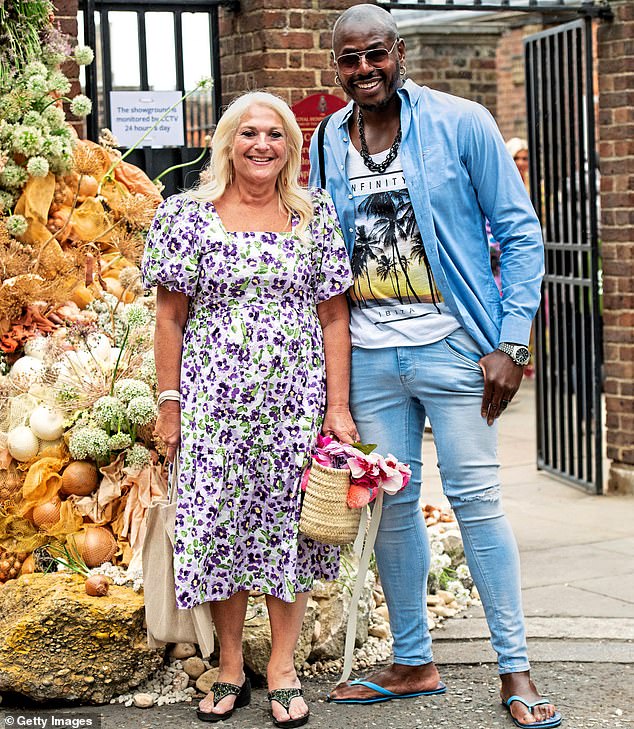 All in jest: Vanessa Feltz, 60, joked it was time to trade in her beau as fiance Ben Ofoedu’s 50th birthday means he is now officially too old to be a ‘toyboy’

‘I know I don’t look it, of course, and I’m a walking miracle, but I was 60 in February and you’ll know that that means he’s about to be 50, and for a toyboy that’s old, right?

‘And I reckon it’s time to trade him in, don’t you think so? He’s done good service for 16 years but, you know, he’s outgrown the role, hasn’t he?’

Ms Feltz, who also presents the breakfast show on BBC Radio London, also made a veiled reference to her partner’s impressive physique while admitting they shared few interests.

She told the Table Manners podcast: ‘We’re not married but we’ve been engaged for 16 hellish years. We’ve got nothing in common. 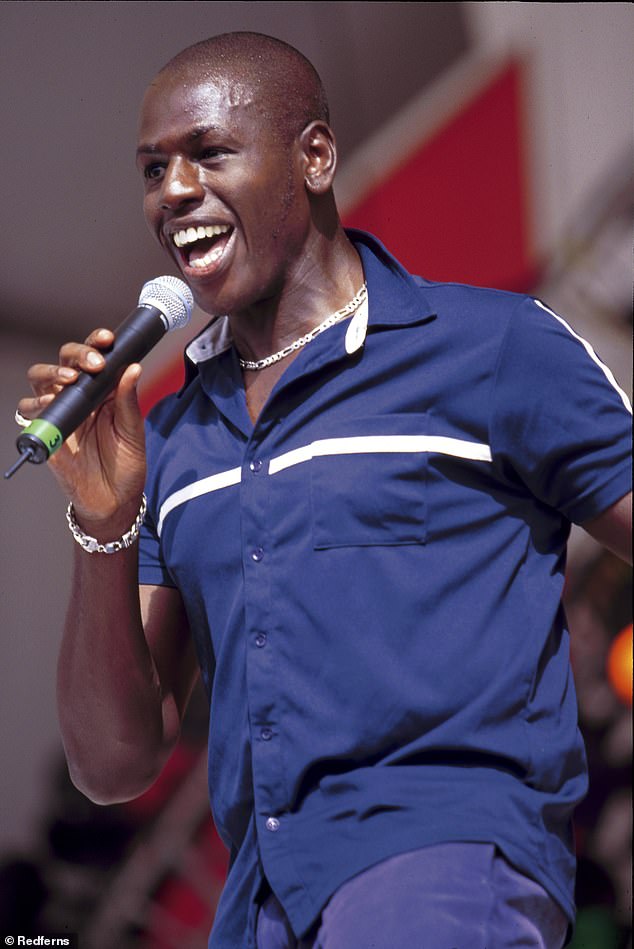 Ms Feltz began dating Ofoedu, who became famous in the 1990s with his band Phats and Small, after she was introduced to him by Boyzone singer Keith Duffy

‘Anyone who knows us knows we’ve got nothing in common, nothing to talk about, nothing to stay in and do. Actually, he’s a very good cook, funnily enough.’

She added: ‘He’s from Essex but from Nigerian origin, takes a size 14 and a half shoe. I’m not saying anything else, that’s all I said, all I’m saying is the size of the shoe.’

Ms Feltz, has two daughters – Allegra, 36, and Saskia, 33 – from her marriage to orthopaedic surgeon Michael Kurer. 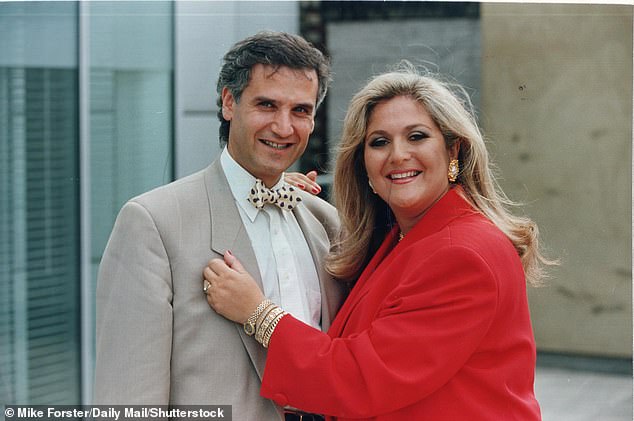 They split in 2000 when Ms Feltz discovered he was having an affair, but she was forced to pay him £1.5million in the divorce settlement.

Recalling her heartache at dis covering her husband’s infidelity, Ms Feltz said: ‘I was so shocked and broken-hearted and rocked to my absolute core. It makes you wary of getting married again.’

Ms Feltz began dating Ofoedu, who became famous in the 1990s with his band Phats and Small, after she was introduced to him by Boyzone singer Keith Duffy.