Advertising standards watchdogs have banned an advert promoting a brand of vegan soup.

The ad, which was shown in January, featured a black and white picture of naked male model.

The agency had superimposed a bottle of the soup onto the model’s genitals above the message: ‘Re:Nourish soup. #NothingToHide Vegan, Fresh Soup &100% Recyclable.’

According to the Advertising Standards authority, the banned ad should not be republished as it ‘objectifies’ the model. 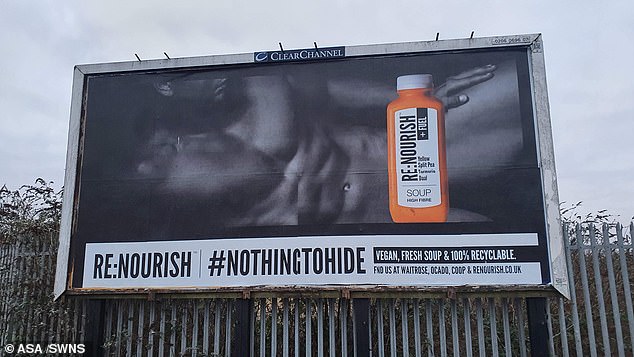 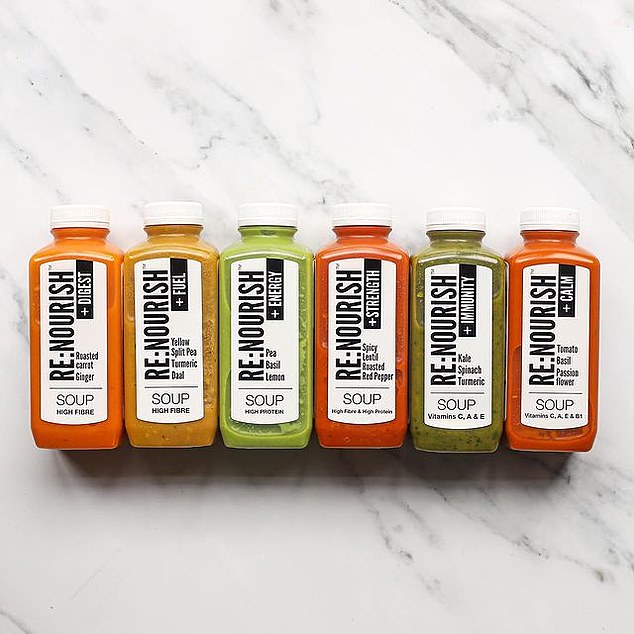 Vegan soup maker Re:Nourish was criticised by the Advertising Standards Authority over a ‘suggestive’ ad featuring a male model whose modesty was covered by a large bottle of soup 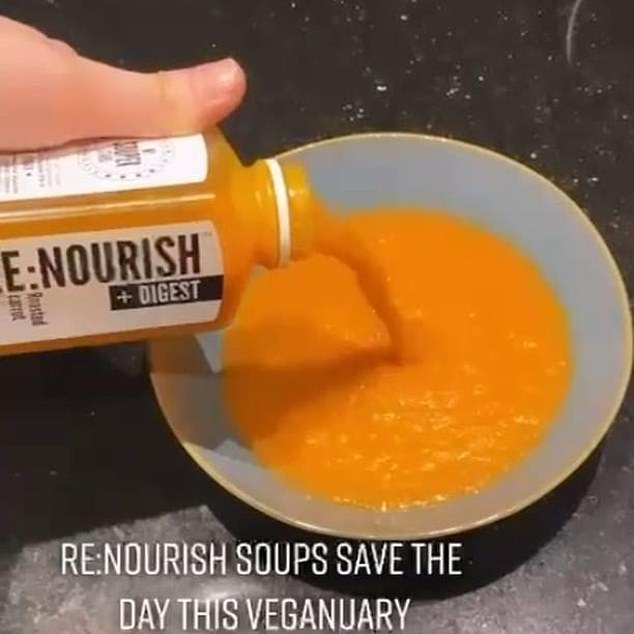 The poster was shown prominently in a city centre location.

The claimant said the location would ensure that many children would be able to see the image, which the objector said might be deemed ‘offensive and irresponsible’.

The company defended the advert claiming the image and hashtag #nothingtohide represented the brand’s values.

According to a report published by the ASA: ‘They did not consider the nudity gratuitous nor overly sexualised and considered that it did not degrade the model.

‘They said that the model was wearing underwear in the original image and that his pelvic area had been deliberately obscured by the bottle to minimise offence.

‘They said that the poster had appeared for two weeks in two city locations that had been chosen in order to avoid causing offence based on local sensitivities.’

The ASA in their ruling upheld the complaint but acknowledged that neither of the locations were within 100 metres of any school.

According to the ASA: ‘We noted that the ad was for soup, and considered the image of a naked man bore no relation to the product advertised. 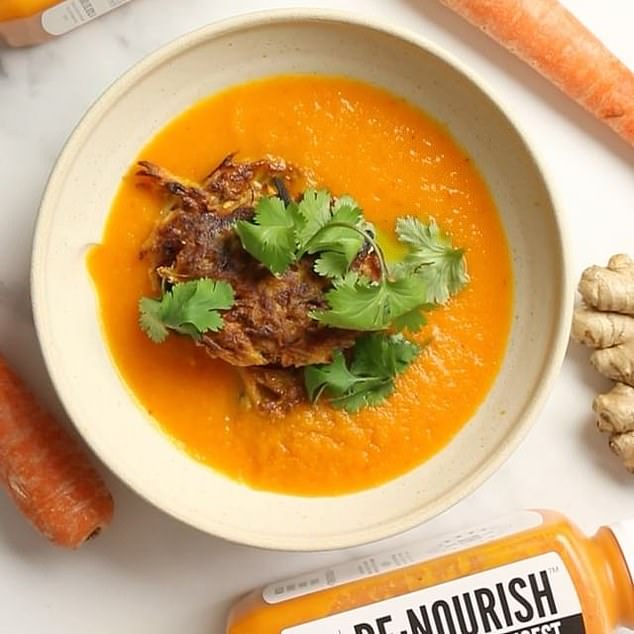 ‘While we considered the pose was only mildly suggestive in nature, we noted that most of the man’s head was cropped out of the picture, which invited viewers to focus on his body.

‘We also considered the text “#nothingtohide” was likely to be understood as a pun about nudity, which some might also consider sexually suggestive.

‘Further, we considered that this line, in combination with the placement of the bottle over the man’s naked crotch, would be understood as a clear reference to male genitalia.

‘Taking the image, the “#nothingtohide” strapline and the placement of the bottle into account, we considered that the ad was likely to have the effect of objectifying the man by using his physical features to draw attention to an unrelated product.

‘We therefore concluded that the ad was irresponsible and likely to cause serious offence to some people.’

The ASA warned Renourish that any future advertising campaigns should be responsible to ‘consumers and to society’ to avoid causing ‘serious or widespread offence or harm’.