Victorian students are once again being told to mask-up in schools as Bill Shorten throws his support behind the move.

Children over the age of eight have been asked to wear a mask classrooms until the end of winter amid a spike in Covid-19 cases.

The state government has insisted the new advice is not a mask mandate with students encouraged to wear a mask indoors and on public transport.

Former Labor Leader Bill Shorten said as a parent he believes kids should be encouraged to wear a mask where possible.

‘We’ve had 300 days of home-schooling and the schools closed,’ he told Karl Stefanovic during an appearance on the Today Show on Tuesday morning.

‘To me its a no-brainer, do you want your child sick at home or do you want them running around wearing a mask?’ 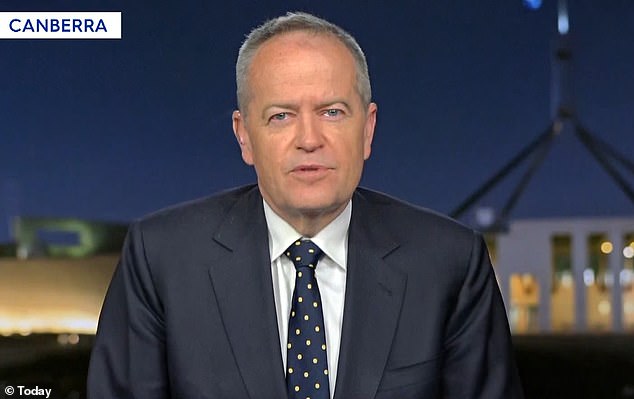 Stefanovic asked how the kids felt about having to wear masks to which Mr Shorten simply replied: ‘We know it’s good for them’.

However, other parents have described the new rules as a ‘mandate by stealth’ after a letter was sent home notifying them of the new advice.

‘We are asking all students aged eight and over and all staff in all schools across Victoria to wear masks in class (except where removing a mask is necessary for clear communication) from now to the end of winter,’ it read.

The letter, signed by the heads of the state, independent and Catholic sectors, said children ‘won’t be required or expected to wear masks when outdoors’.

A government source told the Herald Sun students would not be forced to wear a mask or be sent home if they didn’t follow the new advice.

‘Nobody is being sent anywhere it’s still up to individuals,’ they said. 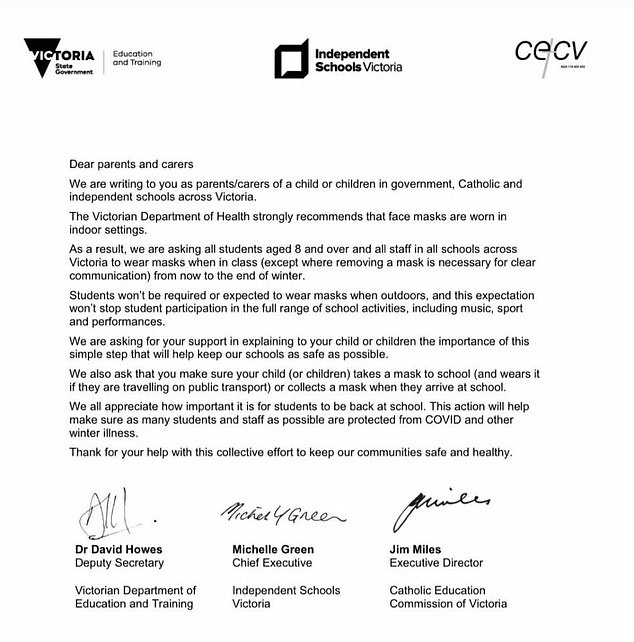 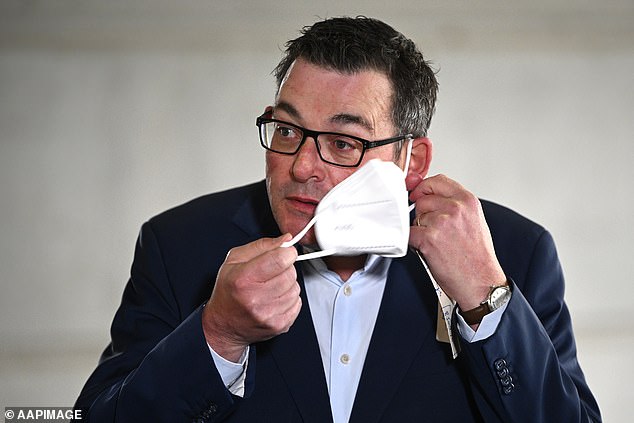 NSW and Victorian health ministers have both so far resisted the growing calls for a return to mask mandates (pictured, Victorian Premier Daniel Andrews)

Education Minister Natalie Hutchins said while masks weren’t mandated, they were strongly recommended for students and staff to wear indoors.

‘We know masks provide good protection against the transmission of Covid, so while they’re not mandated, we’re strongly recommending all staff and students aged 8 and over wear them indoors at school,’ she said.

The letter sent home to parents states the Victorian Department of Health strongly recommends that face masks be worn in indoor settings.

‘We are asking for your support in explaining to your child or children the importance of this simple step that will help keep our schools as safe as possible,’ it reads.

‘We also ask that you make sure your child (or children) takes a mask to school (and wears it if they are travelling on public transport) or collects a mask when they arrive at school.

‘We all appreciate how important it is for students to be back at school. This action will help make sure as many students and staff as possible are protected from Covid and other winter illnesses.’

Covid statistics show that of the 29,000 active cases in Victoria, 6,000 are children and teenagers under the age of 19.

NSW and Victorian health ministers have both so far resisted the growing calls for a return to mask mandates, but critics say the looming state elections in October and November are the main reason behind any delay in bringing them back. 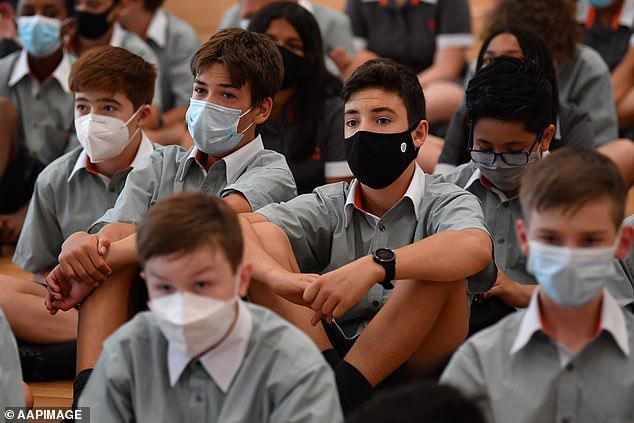 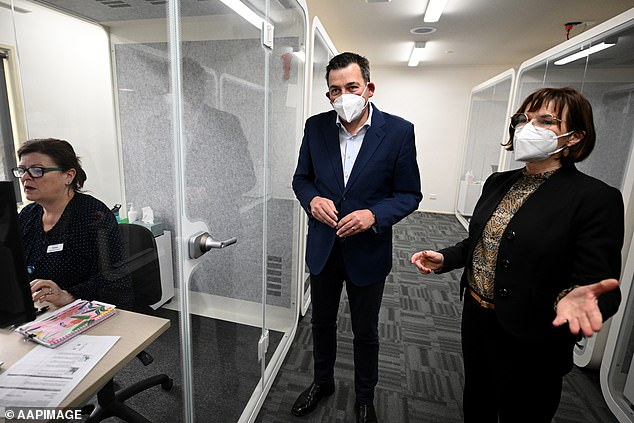 Covid statistics show that of the 29,000 active cases in Victoria, 6,000 are children and teenagers under the age of 19 (pictured, Mr Andrews on Monday)

‘I made a decision based on the advice that I had received that further mandating masks was not the most effective way to get the message out about the importance of mask wearing,’ she said.

However, some parents are choosing to override decisions made by the state government and follow advice from the health minister.

When you put a mask on, it’s a reminder that things aren’t quite normal. It reinforces behaviours like taking a step back from other people,’ she told Seven West media.

‘The mask could be the thing that also helps us stay mindful of those other things … and stay that bit safer.’ 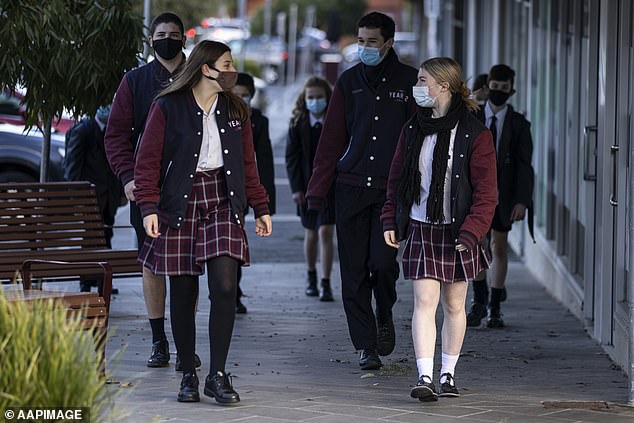 Students over the age of eight have been asked to wear masks in classrooms and on public transport (pictured, Bentleigh Secondary College students last July)

The nation has also just passed the 75million milestone for the number of Covid test results since the pandemic began, almost three each for every single person.

The vast majority of those who have caught Covid are under 50, with 3,121,953 cases so far. Just 293 people under 50 have died of the virus since the pandemic began.

The statistics show that since Australia’s mass vaccination rollout began, those under 50 face a less than one in 10,000 chance of dying from Covid.