Village fury as Tory MP ‘runs over £1,000 cat… and drives away’: Thugs smash windows and throw eggs at Tobias Ellwood’s home after he is accused of hitting Bengal moggie and leaving it for dead

By Neil Sears for the Daily Mail

He was hailed a hero for trying to save the life of a stabbed police officer during the Westminster terror attack.

But now Tobias Ellwood is in disgrace with his own constituents who claim the Tory MP ran over and killed a cat – then drove away without stopping.

The drama began when Mr Ellwood was driving along the narrow lane leading to the village where he lives with his wife, Hannah, and sons. His car is said to have hit the male Bengal cat, whose horrified owners, the Hawa family, were allegedly left cradling their dying pet as the MP drove off.

Police became involved after windows at Mr Ellwood’s £1million converted barn were said to have been smashed with a croquet mallet and eggs thrown at it soon after the incident. 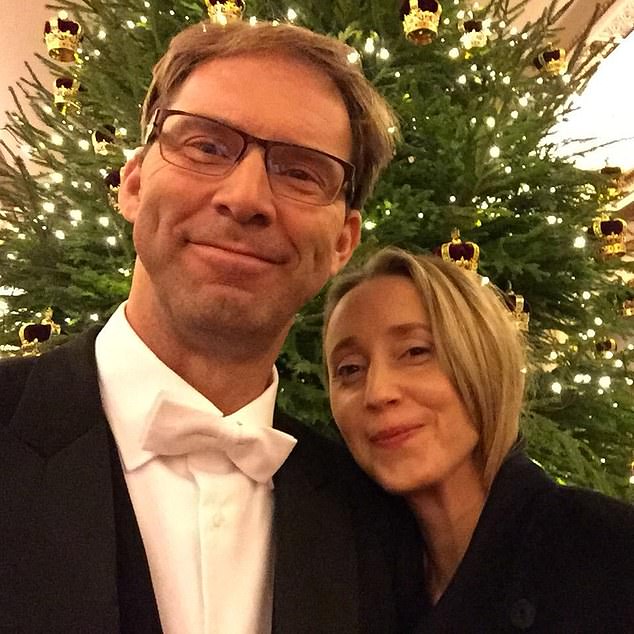 Tobias Ellwood is in disgrace with his own constituents who claim the Tory MP ran over and killed a cat – then drove away without stopping. Pictured with his wife Hannah

Mr Ellwood – a former Army captain who made headlines in 2017 when he went to the aid of PC Keith Palmer who had been fatally stabbed by terrorist Khalid Masood outside the Palace of Westminster – is understood to have offered to provide a replacement Bengal cat – which can cost as much as £1,000.

The historic village of Holdenhurst, near Bournemouth in Dorset, has a population of about 100, including the Ellwoods and the Hawa family.

The Hawas did not want to speak in detail about the incident, but a family member told the Daily Mail: ‘We just want to mourn our cat. We want nothing to do with Tobias Ellwood.’

As well as the late Bengal, who was striped gold and brown, the family have a short-haired pointer dog, Bella, and a turtle called Timmy.

The cat was allowed outside at will into the surrounding countryside through a catflap. 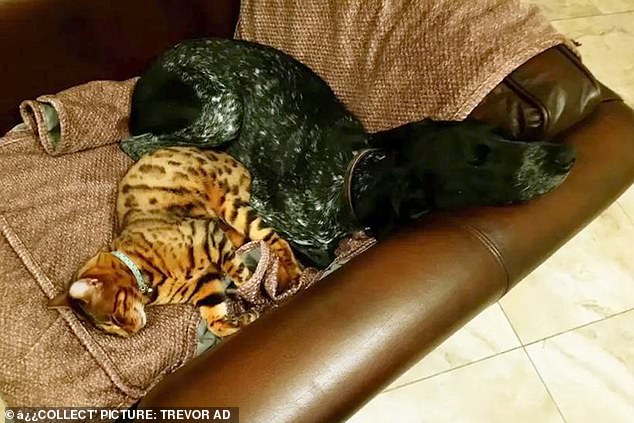 Treasured pets: The Hawa family’s Bengal cat that was run over and their short-haired pointer dog, Bella

A neighbour who asked not to be named said there was a simple reason why Mr Ellwood did not stop the car, saying: ‘Apparently he didn’t know he had done it till afterwards.’

But Julie Holland, 61, who lives opposite the former vicarage owned by Stephanie Hawa, also 61, was less sympathetic. Mrs Holland said: ‘Tobias Ellwood ran over the cat a few weeks ago. Everyone in the village is talking about it.

‘It’s a disgrace. It’s a Bengal cat who used to come over the road to play with my cat Boris, who’s named after the Prime Minister. People drive up here so fast, even though there’s a 30mph limit sign.

‘Apparently Ellwood’s house was attacked after it happened. If he had done that to my cat I would have done something about it.’ 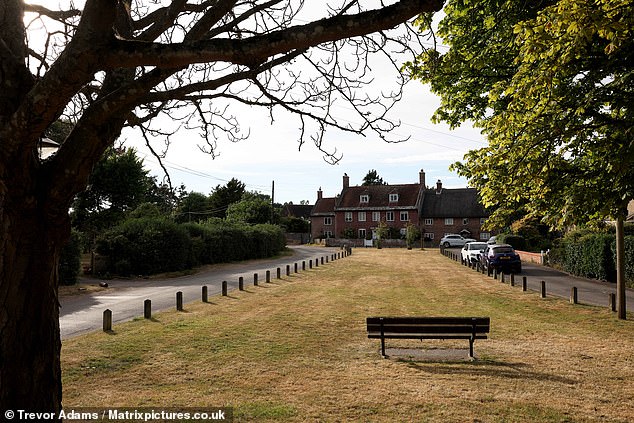 The historic village of Holdenhurst, near Bournemouth in Dorset, has a population of about 100, including the Ellwoods and the Hawa family

Remainer Mr Ellwood, 55, has very much not been a supporter of his former party leader and was one of the first to submit a letter of no confidence in him.

Another neighbour said eggs had been thrown at the Ellwoods’ house in the past few weeks.

A spokesman for Dorset Police said last night: ‘We received a report at 2.47pm on Saturday, 28 May 2022 relating to damage being caused to a property in Holdenhurst village in Bournemouth.

‘Officers conducted inquiries and the parties involved have been identified and spoken to. Following liaison with all parties, the matter was dealt with by way of a community resolution. No arrests were made.’

Mr Ellwood last night declined to comment. A friend of the MP for Bournemouth East said: ‘The matter has been resolved.’