A vintage booze cruise: Board this ‘floating chateau’ in Bordeaux and sample the joys of France’s famous vineyards (and the drinks are all-in!)

By Lesley Bellew For The Daily Mail

Our cruise director comes over the tannoy at the end of our SS Bon Voyage’s Bordeaux sailing and declares: ‘It’s a record. You’ve knocked back 800 bottles of wine.’

I’m among the 90 passengers on this posh, week-long cruise and we’ve also clocked up gastronomical bragging rights — guest chef on our floating chateau is James Martin.

Embarkation starts well. While cases are taken to our cabins, everyone piles into the glitzy lounge. It’s 11am and the orders are specific: ‘Champagne, please.’ Drinks are all-in across Uniworld Boutique River Cruises’ fleet. 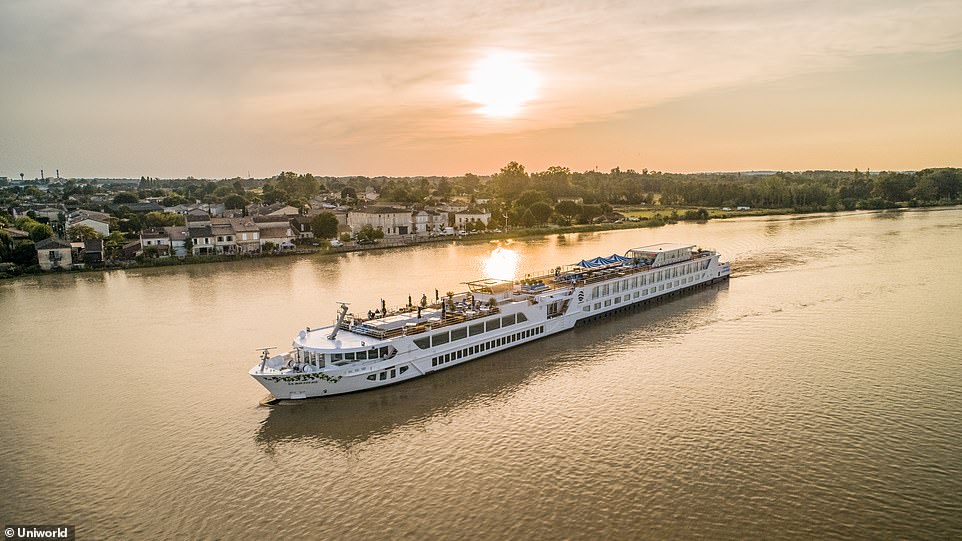 Lesley Bellew boards Uniworld’s SS Bon Voyage in Bordeaux for a tour along the rivers Garonne, Dordogne and Gironde 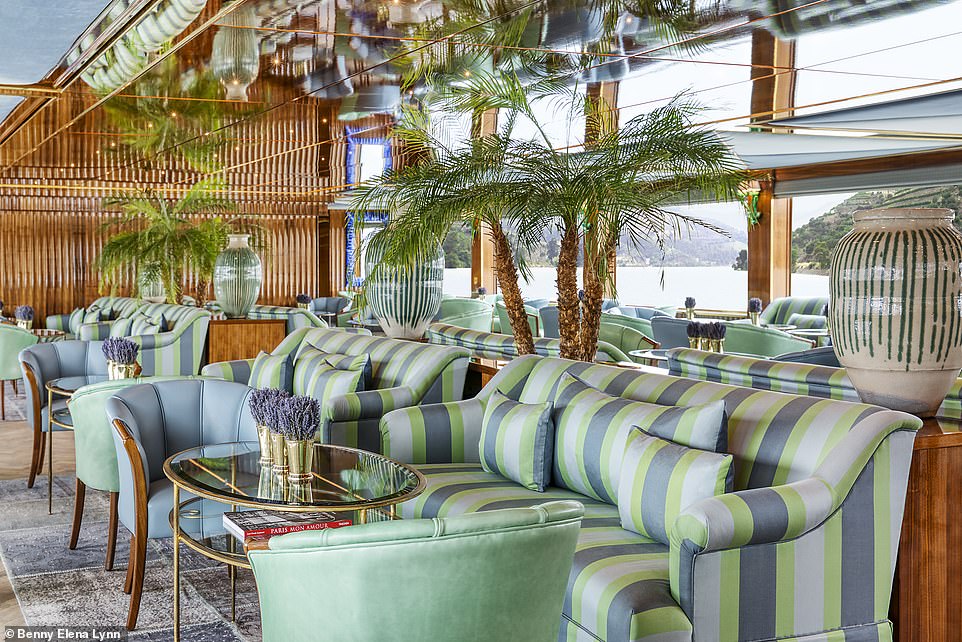 ‘While cases are taken to our cabins, everyone piles into the glitzy lounge (above),’ Lesley says of the beginning of her tour. ‘It’s 11am and the orders are specific: “Champagne, please”‘ 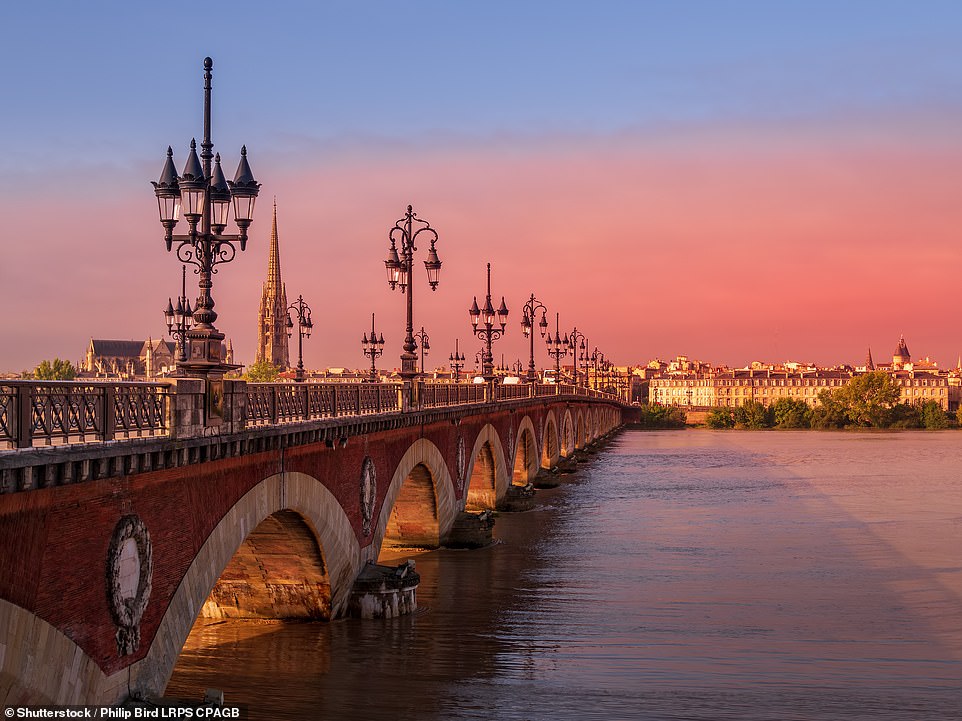 As we leave Bordeaux to sail along the rivers Garonne, Dordogne and Gironde, James treats us to a demo. He also shares a useful cheat; how to make a fruit and cream gateau with a cheap supermarket flan case as the base.

James tells stories of childhood summers in Saint-Emilion. While his father travelled the region tasting wines, he worked in a hotel kitchen.

‘At the age of eight, I came back from France knowing I wanted to be a cook,’ he says. ‘It’s here I learnt to use the best ingredients.’ And that’s what we’re served on James’s menu; Thai-spiced crab risotto, ceviche of monkfish, pan-roasted sea bass and a white chocolate and single malt whisky bread and butter pudding. 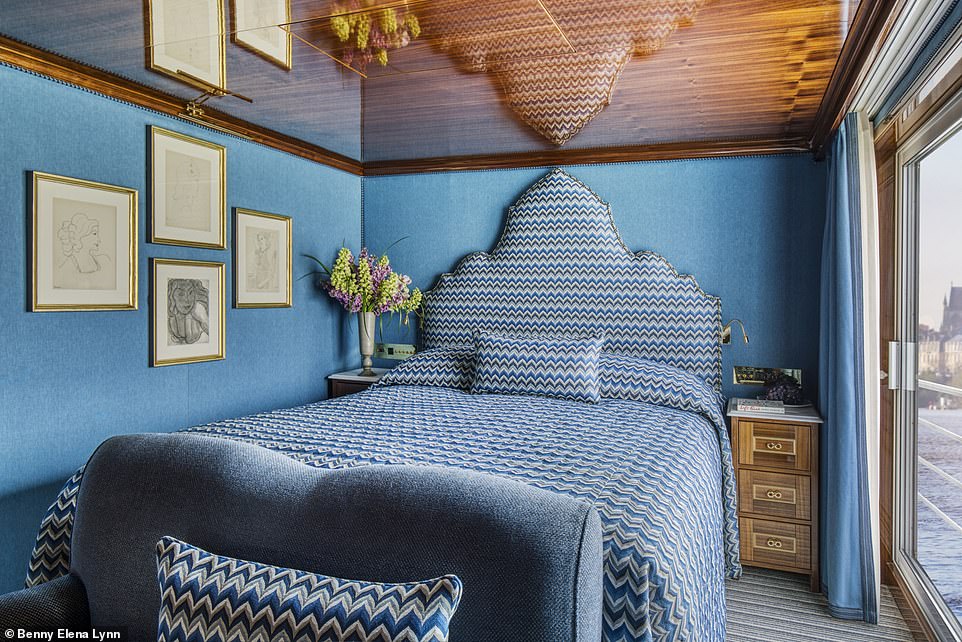 After every outing the crew greet guests back ‘home’ on the ‘beautifully appointed’ SS Bon Voyage. Above is one of the ship’s suites 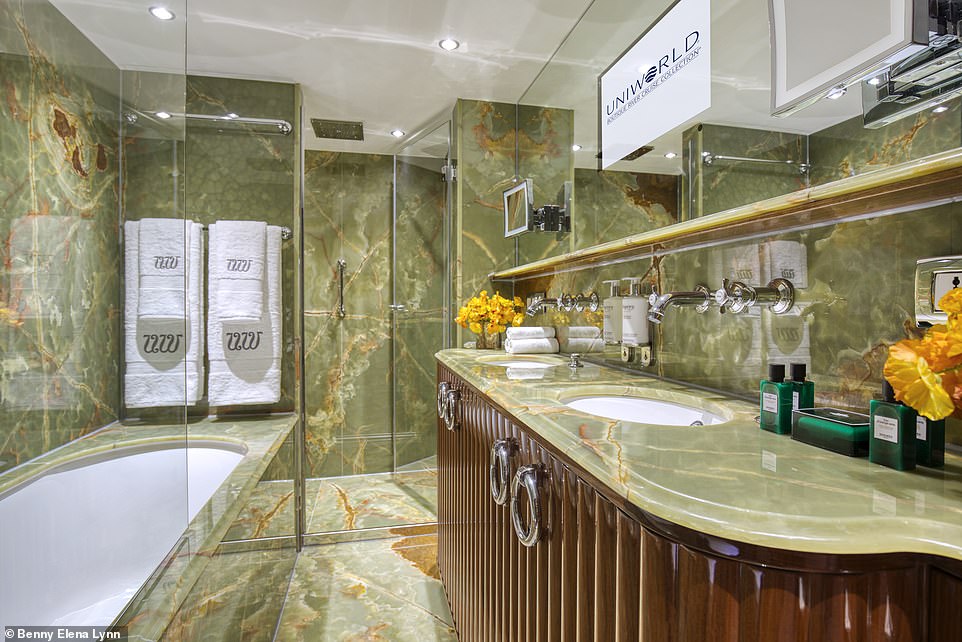 Suites on the SS Bon Voyage have a butler, Lesley reveals. Above is one of the suite bathrooms 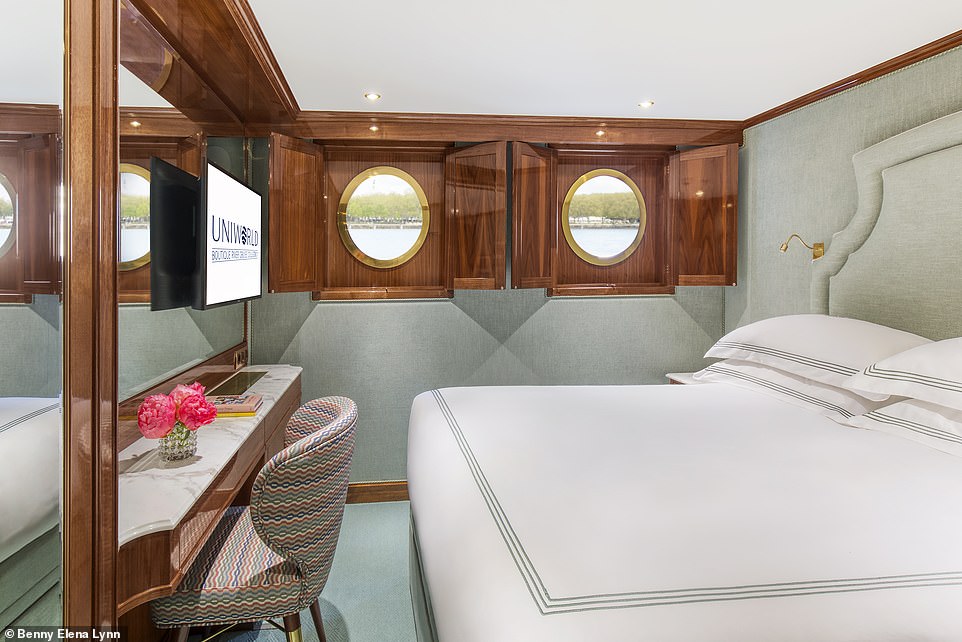 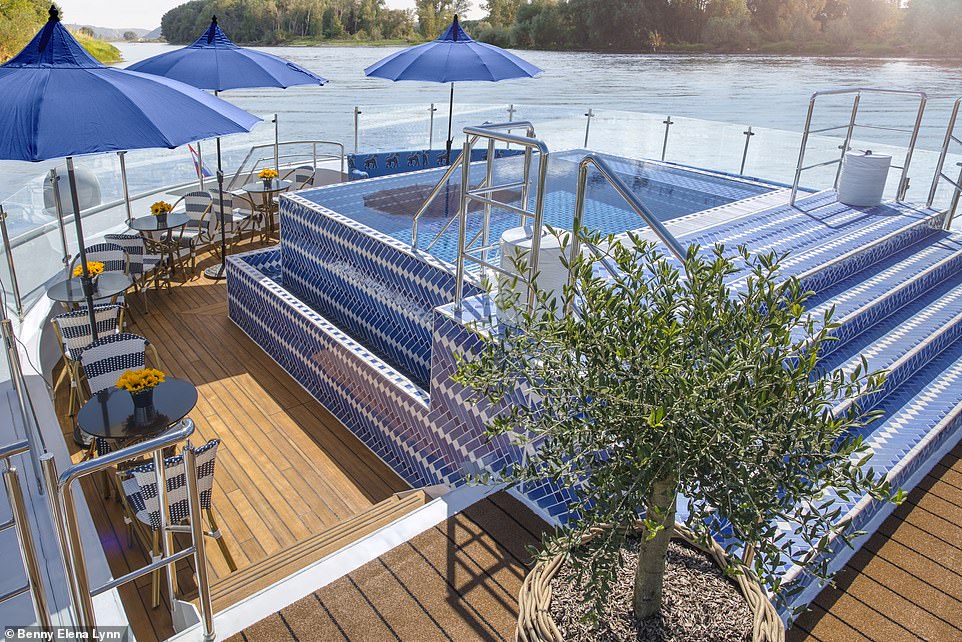 Pictured is the sun deck on the ship. Drinks are all-in across Uniworld Boutique River Cruises’ fleet, Lesley notes

Next, we turn our attention to cognac at the House of Remy Martin, where the old cellars are full of cobwebs so spiders protect the casks from insects.

After every outing the crew greet guests back ‘home’ on the beautifully appointed SS Bon Voyage.

Cabins are no less sumptuous with handmade Savoir beds, fine linen and a marble-clad shower room, while suites have a butler. 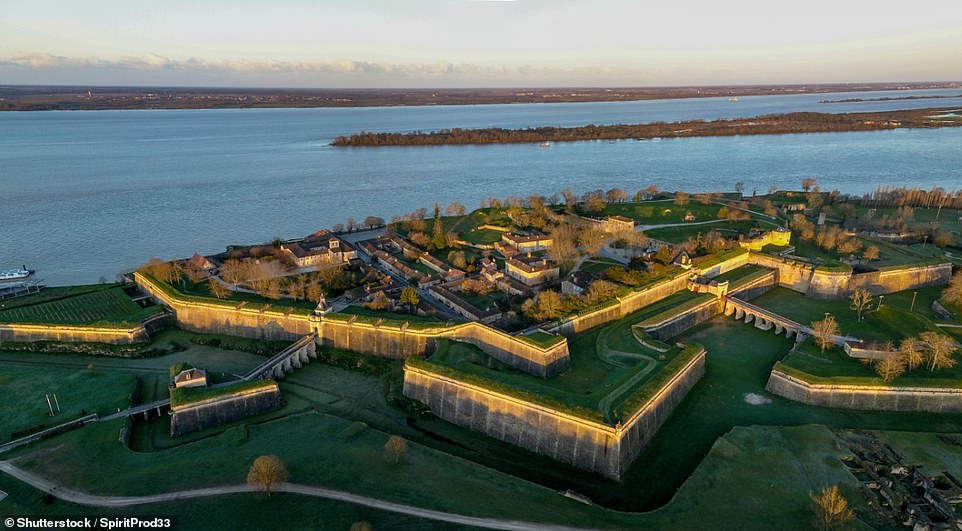 Lesley samples a white wine from Blaye during her tour, before the SS Bon Voyage sails to the French commune (pictured) 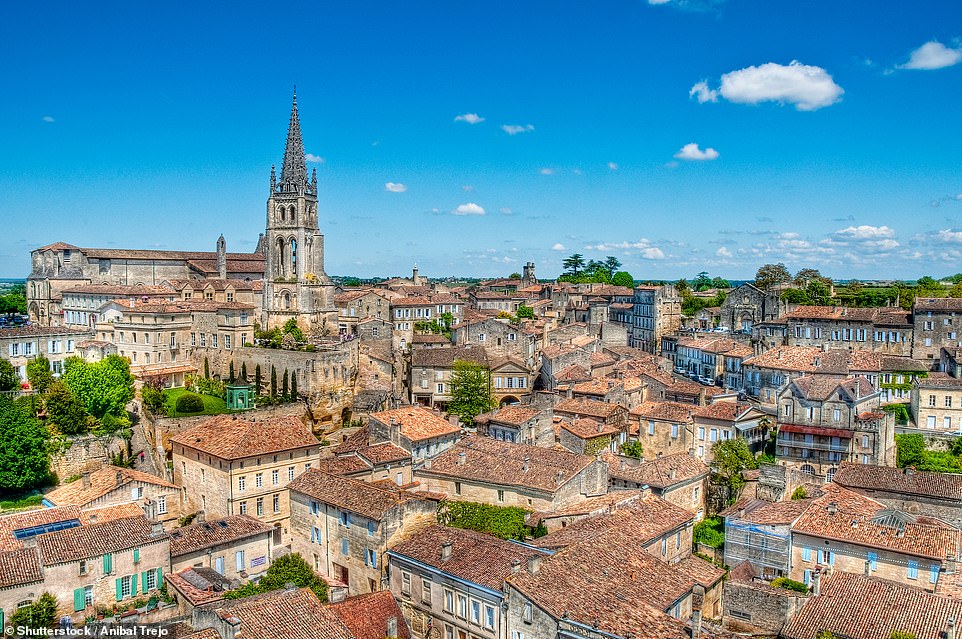 Wine expert Susy Atkins accompanies guests on a tour of 17th-century Chateau d’Abzac, in a region she says is, ‘arguably still the world’s premier wine region’.

We venture into Saint-Emilion, to Le Veritable Macaron De St Emilion, a bakery that uses a centuries-old almond macaron recipe.

We sample them straight from the paper they were baked on — and like James Martin vow to return to this fairy tale village and our floating chateau. 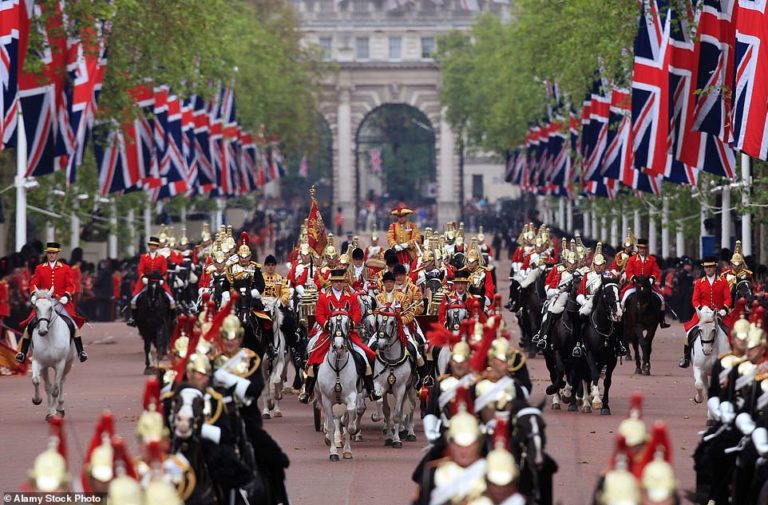 Advertisement It’s going to be a serious knees-up. Picnics, pageants and a party at the Palace will all feature during the four-day Bank Holiday weekend from June 2 to 5 to mark the Queen‘s Platinum Jubilee.  The capital will be at its glorious best as a 41-gun salute from Green Park starts everything off with… 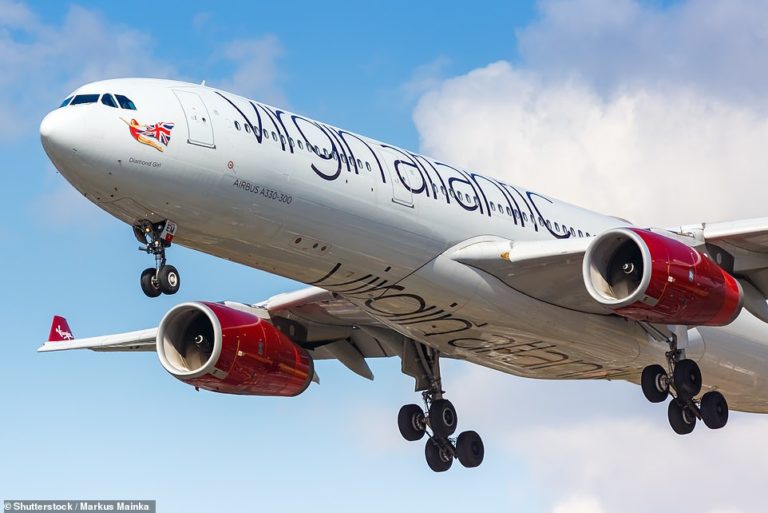 Advertisement A Virgin Atlantic flight to New York was forced to turn back after the co-pilot admitted he hadn’t passed his last flying test. The plane was over Ireland when the captain was told that the first officer had not completed his training. The Airbus A330, just 40 minutes into its flight, was ordered to return…

Advertisement Every week our Holiday Hero Neil Simpson takes an in-depth look at a brilliant holiday topic, doing all the legwork so you don’t have to. This week: Luxury family villas on Corfu.  Large villas with private pools are set to be the stars of summer as families and friends join forces for the perfect… 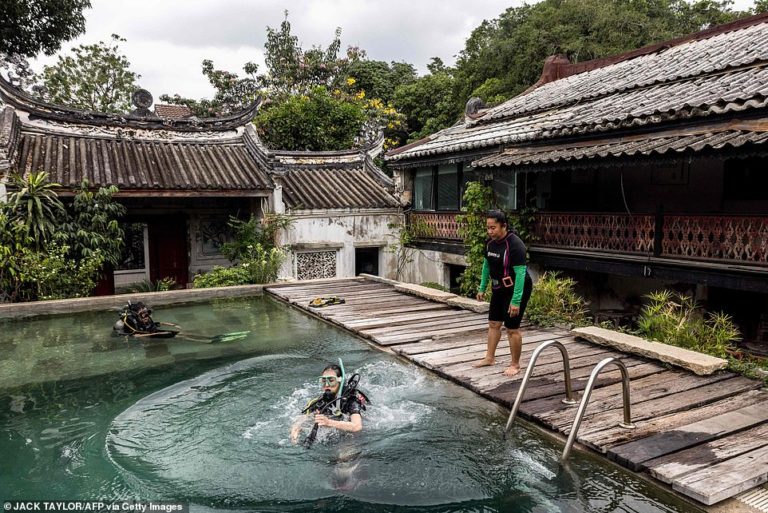 Advertisement A 200-year-old Chinese mansion in Bangkok’s heart isn’t an obvious place for a scuba school, but in a city relentlessly demolishing its architectural heritage the business is helping preserve the historic home. Dive instructor Poosak Posayachinda’s family has owned the traditional teak-walled So Heng Tai for eight generations, but it lives on thanks largely… 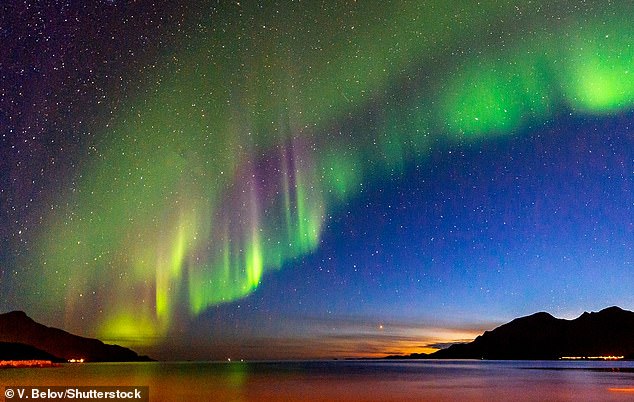 Advertisement A ‘strong’ solar storm could mean the Northern Lights will be seen from the UK early this week, according to experts.  The phenomenon, also known as the aurora borealis, could be visible under clear skies in far northern England and Northern Ireland in the evenings from Sunday to Tuesday, says the Met Office.  The… 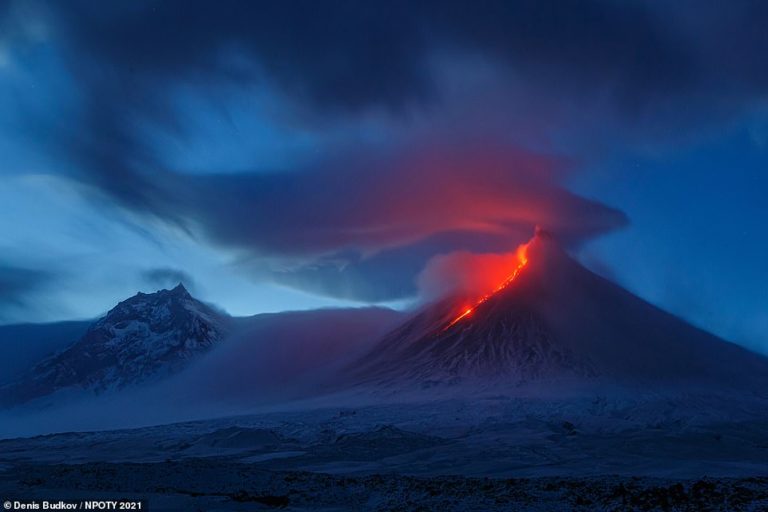 Advertisement Nature can take the breath away in so many ways. As the winning and commended photographs in the prestigious Nature Photographer of the Year 2021 contest reveal.   This year, the contest – which celebrates photographers who capture the ‘joy of nature’s beauty’ – broke its record for submissions, with the judges choosing from over 20,000 photographs…