The city once dubbed ‘Murdertown USA’ has posted major decreases in homicide and violent crime numbers this year as its democratic mayor went on record refusing to defund the police.

A 14 per cent decrease was also posted across all Part 1 felonies which include murder, rape, robbery, aggravated assault and theft, according to the latest city statistics from September 18.

Wilmington mayor Mike Purzycki acknowledged there were some protests against the police department amid calls to defund the police following the death of George Floyd, but said his officers largely enjoy good community support and said he ‘wouldn’t consider’ withdrawing law enforcement funding.

‘Across the board we have one of the finest police departments in America, as far as I’m concerned,’ the mayor told Fox News Digital.

‘People in our community are appreciative of the job police do. Anytime we have police misbehavior, the chief is pretty swift when it comes to weeding those people out.’

Wilmington earned the nickname ‘Murdertown USA’ in 2014 amid sky-high violence rates which marked it out as one of the most crime-ridden areas of the country, particularly given Delaware’s comparatively low crime rate versus other states. 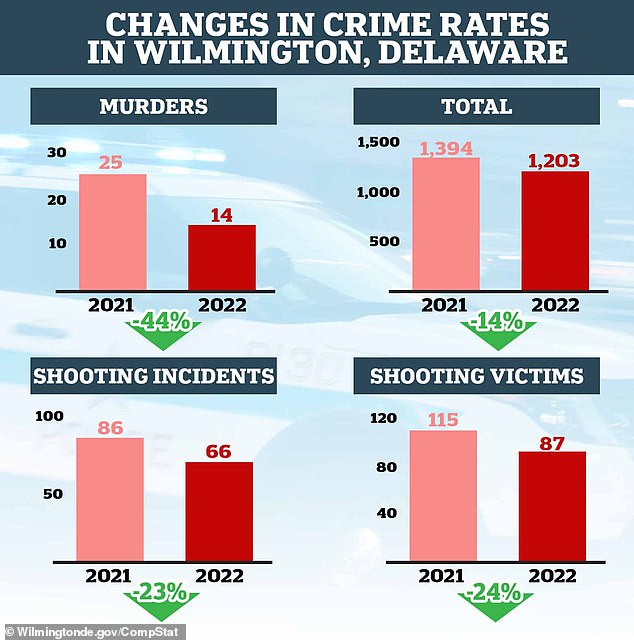 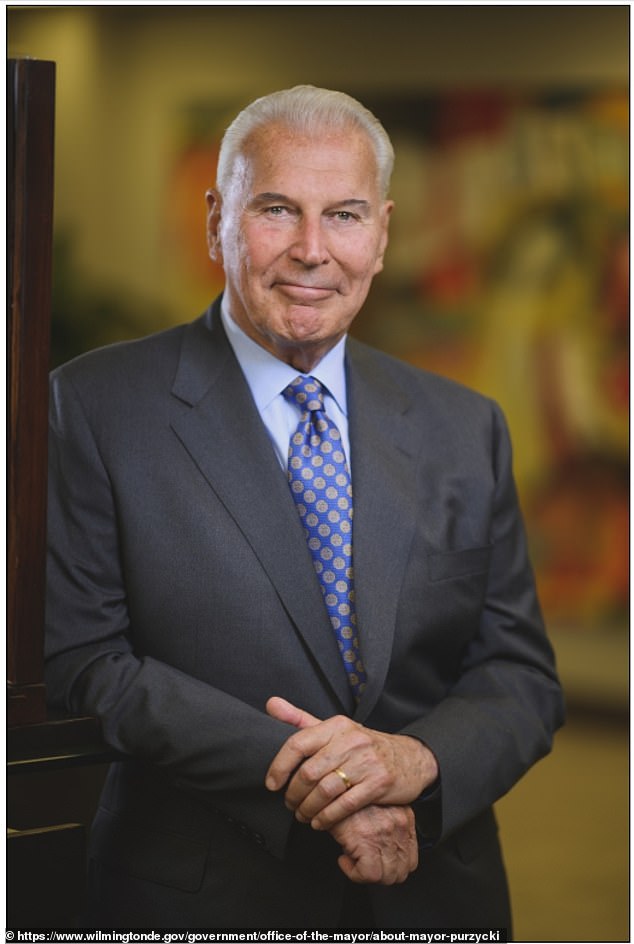 Wilmington mayor Mike Purzycki acknowledged there were some protests against the police department amid calls to defund the police following the death of George Floyd, but said his officers largely enjoy good community support and said he ‘wouldn’t consider’ withdrawing law enforcement funding

Theories on the driving factors behind Wilmington’s historically high crime rates are varied, but many have pointed to considerable poverty levels, as well as its proximity to large cities Baltimore and Philadelphia, both of which are notorious for violent crime but are in different states.

Purzycki said crime took a shark uptick at the end of 2019 and into the pandemic, which he described as ‘catastrophic for us and cities across the country because it closed our courts’.

‘Judges were loath to put people in prison,’ he said, adding that ‘the system completely collapsed’ before recovering towards the end of 2021 as pandemic restrictions abated and Delaware General Assembly passed a bill increasing bail for some offenses.

The mayor praised the police for the work they have done in Wilmington and also claimed the implementation of an initiative focused on prosecuting perpetrators of gun crimes was instrumental in lowering crime figures.

The encouraging decline in Wilmington’s rates of homicide and violent crime comes as retired police chiefs blamed the ‘defund the police’ campaign for increased crime levels elsewhere across the country.

The movement gained momentum in the wake of the death of George Floyd – a black man who was murdered by a white police officer in May 2020 – and called on city officials to divest funds away from law enforcement and towards alternative forms of social support.

But the campaign brought about dangerous ‘ripple effects’ across the sector, the former top officers said, causing a dramatic rise in waiting time for victims of vicious crimes and caused moral to plummet to the lowest it has been in decades.

It comes as crime-ridden cities such as New York City and Portland in Oregon have seen staffing levels plunge in the wake of the campaign.

Retired police chief Jeff Rasche from Greenfield, Indiana, told Fox News Digital that when officers are spread thin, there will be longer response times, and when officers are having to work overtime, there is less time for much-needed training. 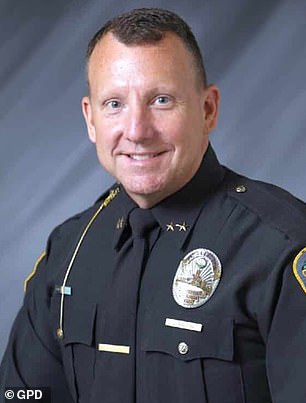 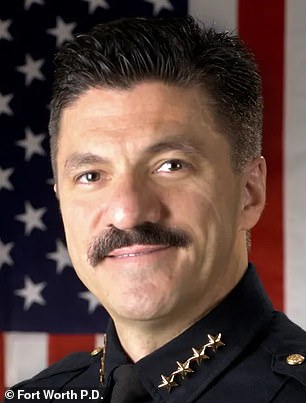 Retired police chief Jeff Rasche (left) said when officers are spread thin, there are longer response times, and when they having to work overtime, there is less time for much-needed training. Meanwhile Retired Fort Worth police chief Jeff Halstead (right), said morale is the lowest he’s ever seen in his 30 years on the force – and said it’s because officers feel their profession has been demonized, and they are concerned about being indicted criminally 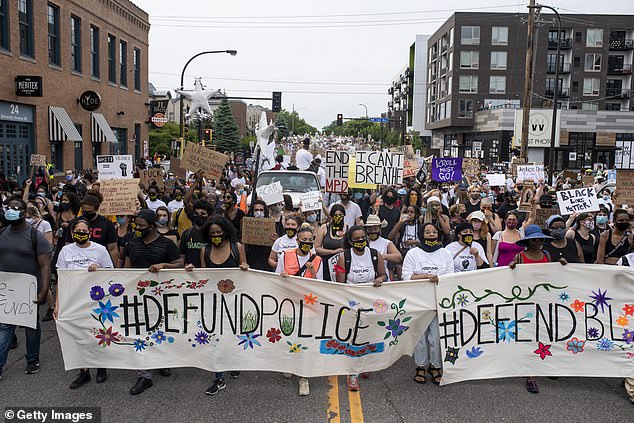 The movement, which led to violent clashes with officers last year, brought about the dangerous ‘ripple effects’ across the sector, the former top officers said 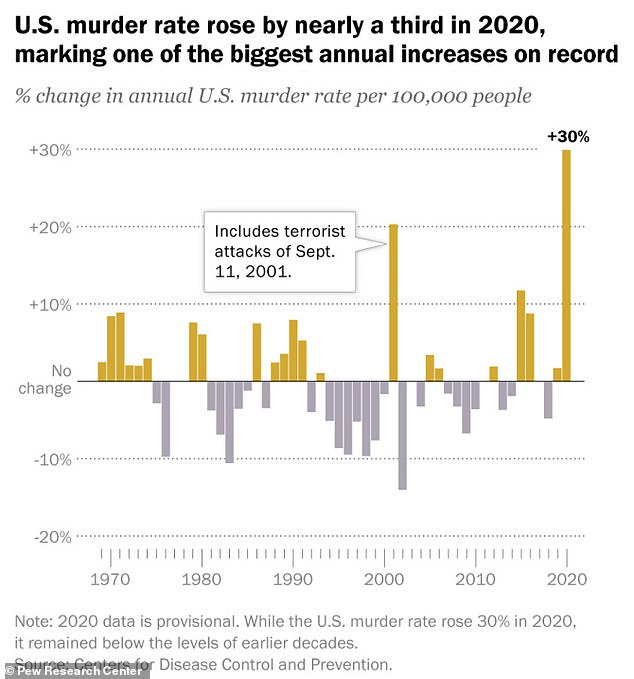 Another retired police chief Jeff Halstead from Fort Worth, Texas, said morale is the lowest he’s ever seen in his 30 years on the force – and said it’s because officers feel their profession has been demonized.

‘I talk to law enforcement leaders on a daily basis. And in today’s world, their No. 1 problem is staffing,’ Halstead said.

‘And what you hear is the same drum being beaten: How are we going get ourselves through this? And what steps are we going to take to get our staffing back?’

Meanwhile, a report by the Manhattan Institute for Policy Research found that the 30 per cent jump in murder rates across the country during the Covid pandemic was felt more sharply in Democrat-leaning states where the ‘defund the police’ movement was most prominent.

The study of data from the Centers for Disease Control and Prevention and other sources, which covered 290 urban counties home to 58 per cent of the US population, found Republican-leaning areas fared better against the homicide surge than others.

‘We find some evidence that suggests that the nation’s political cultures played a role, with homicide increases in GOP-leaning counties tending to be smaller than those in Democratic-leaning counties,’ says the study.

This suggests that local police forces deterred more crimes in areas where they had greater public support, as opposed to such liberal hubs as Portland, Oregon, where officers resigned en-masse in 2020 amid widespread criticism and often-violent race protests. 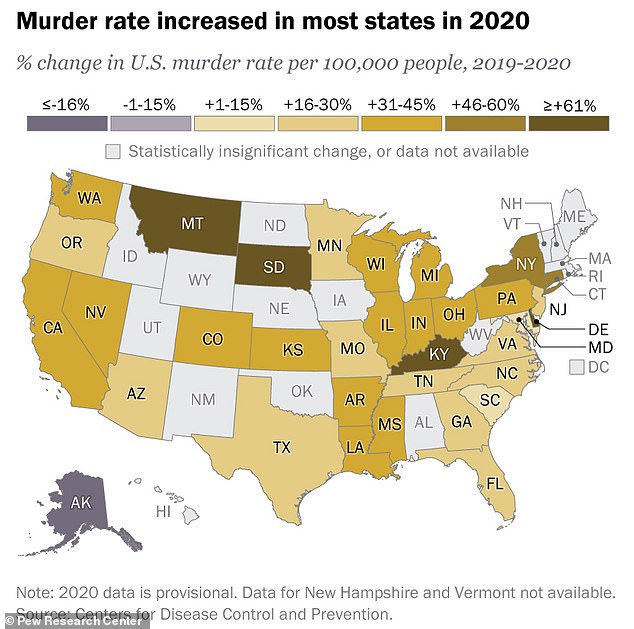 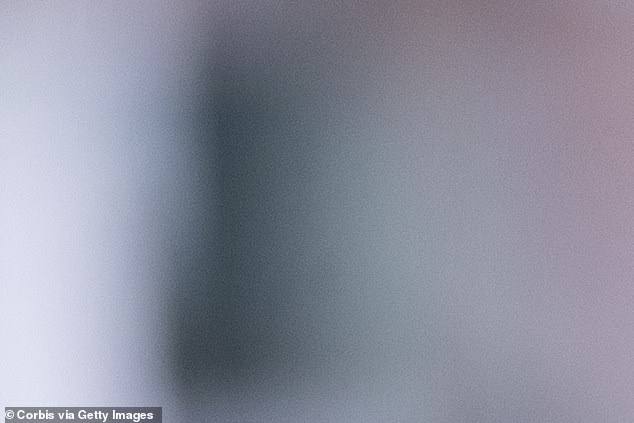 Protestors in New York and other cities campaigned for police funding cuts over the police killings of unarmed black men in 2020, though new research suggests more support for officers helps keep murder rates in check

‘Certain cities have done a better job at governance than others,’ analyst Christos Makridis told DailyMail.com.

‘GOP-leaning counties have slightly stronger enforcement, or give more support to police, and it comes with a whole slew of activities that help the police feel comfortable – that’s certainly one theory.’

The states with the greatest murder rate increases in 2020 included New York, Pennsylvania, California, Montana and South Dakota, according to Pew Research Center, but Makridis says his study is more detailed as it drills down to the county level.

The researchers also weighed other popular explanations for the murder spike, but found no connection either to higher rates of gun sales, which also shot up in 2020, and areas with higher Covid-19 infection rates.

Firearms are used in about three quarters of homicides, according to FBI data.

‘A lot of people like to point to gun ownership as an issue… There isn’t really a strong correlation’ said Makridis.

‘These issues are so complex … it’s a simple thing to point the finger at.’