Car giant Volkswagen is to pay £193 million to more than 90,000 people in a High Court settlement over the ‘dieselgate’ emissions scandal.

Lawyers argued Volkswagen ‘cheated’ European emissions standards, which were designed ‘to save lives’, by installing unlawful ‘defeat devices’ in its diesel vehicles.

It meant the vehicles were emitting up to 40 times the US legal limit of nitrogen dioxide when out on the road.

The claim brought by around 91,000 people, which lawyers said was the biggest consumer group action ever to be brought before the English courts, was due to go to trial in January 2023. 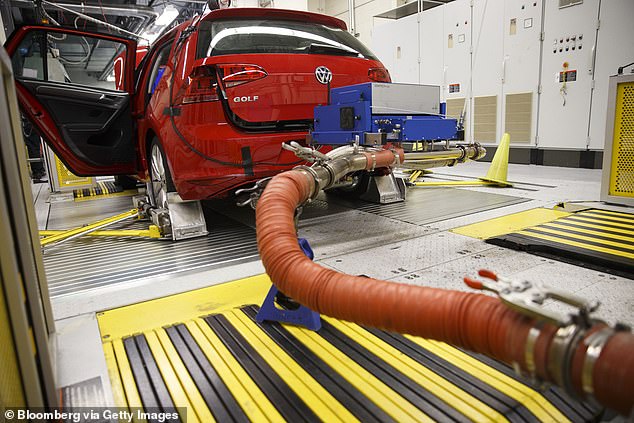 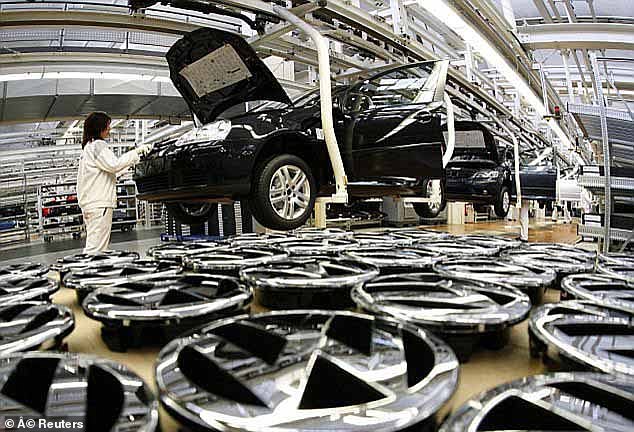 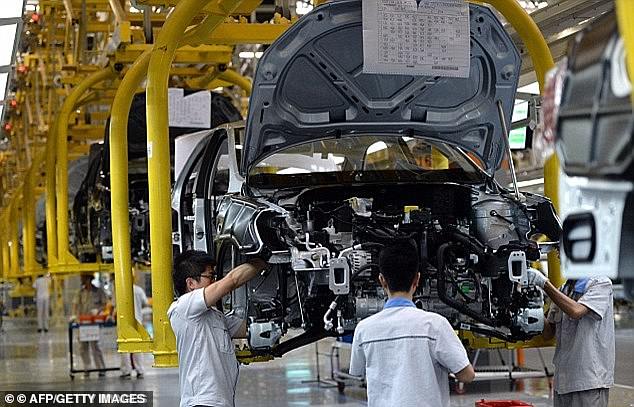 But in a statement today, the car manufacturing group and lawyers acting for the drivers said a multimillion pound out-of-court settlement had been reached.

As well as the nine-figure payment, the statements said the Volkswagen Group will make a separate contribution towards the claimants’ legal costs and other fees.

While the terms of the settlement are confidential, no admissions were made by the car manufacturer about liability, causation or loss.

In the statement published by Volkswagen and lawyers for the drivers, the car manufacturing giant said the legal costs of holding a trial lasting around six months, plus any risk of appeals, made settlement the most prudent course of action commercially. 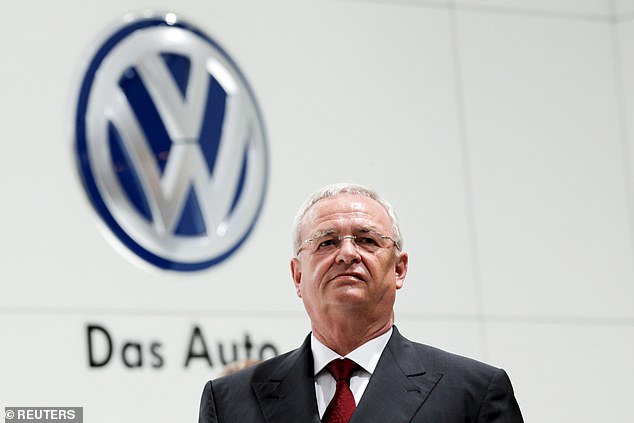 What is ‘dieselgate’ and what are ‘defeat devices’?

‘Dieselgate’ began in September 2015 in the US when federal agency the Environmental Protection Agency (EPA) found that many Volkswagen (VW) cars in America had a so-called ‘defeat device’ installed in diesel vehicles.

Though full details of how the devices work were not revealed, the EPA claimed the vehicles had computer software which could sense when the car was being tested. 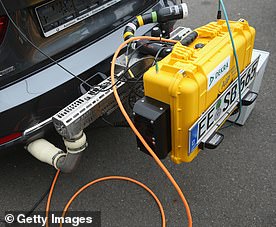 They found that when in test conditions the ‘defeat device’ appeared to lower the vehicle’s engine power and performance.

But the EPA say that when the vehicle was out on the road it ran normally and engines emitted nitrogen oxide pollutants up to 40 times above the legal limit in the US.

Volkswagen later admitted that about 11 million cars worldwide, around three-quarters of which were in Europe, were fitted with the devices.

VW’s chief executive at the time, Martin Winterkorn, resigned, while VW launched an internal inquiry and recalled around 8.5million cars across Europe.

The manufacturing giant also repeated an apology to consumers, adding they will ‘continue to work to rebuild the trust of their customers here in England and Wales’.

Philip Haarmann, Volkswagen Group’s chief legal officer, said: ‘The Volkswagen Group is pleased that we have been able to conclude this long running litigation in England and Wales.

‘The settlement is another important milestone as the Volkswagen Group continues to move beyond the deeply regrettable events leading up to September 2015.’

Lawyers representing the affected drivers said they were ‘delighted’ by the settlement.

Bozena Michalowska and Shazia Yamin, partners at the firm Leigh Day, said: ‘We are pleased that Volkswagen has repeated its sincere apology for the use of the prohibited two mode software.

‘We are delighted that this case has finally been settled for our clients and the claimants in the NOx emissions litigation.

‘We have been unwavering in our belief in our clients’ case, that is why we have fought long and hard for this outcome. We are clear that it was in the interest of our clients to settle this early.’

Ms Yamin added: ‘I hope that other vehicle manufacturers who stand accused of using software to cheat emissions tests think long and hard about what their customers expect and the harm their vehicles may be causing to public health and the environment.’

David Whitmore, chief executive of law firm Slater and Gordon which represented around 70,000 people, said: ‘The settlement avoids the need for a lengthy, complex and expensive trial process and we are delighted to have achieved this settlement for our customers as a result of the group action.’

In September 2015, Volkswagen Group announced that 11 million vehicles worldwide, including almost 1.2 million in the UK, were affected by the scandal, prompting a flurry of litigation around the world.

This group claim litigation was filed back in 2016 but reached what lawyers described as ‘a decisive court battle’ at a preliminary hearing in 2019, when the High Court was asked to decide whether software installed in the cars was a ‘defeat device’ under EU regulations.

In a judgment delivered in April 2020, Mr Justice Waksman ruled that ‘the software function in issue in this case is indeed a defeat device’.

The following month, Volkswagen were refused permission to appeal against the ruling and ordered to pay more than £3 million in legal fees.