Waleed Aly has questioned why Covid restrictions have not returned as cases continue to soar across the country.

The Project star said infections were about to ‘explode into the biggest wave we’ve ever faced’ and described the current approach to Covid as ‘a bit of a mess’.

It comes as the federal government dumps pandemic leave payments and the concessional free rapid test program while health experts warn as many as 600,000 residents could be infected with the virus.

Aly said it was ‘difficult to fathom’ the government’s policy to avoid unpopular Covid restrictions, given the seriousness of the current outbreak.

‘No state government seems to have the appetite for something so simple as expanded mask mandates, even though this puts them at odds with health advice,’ Aly wrote for Sydney Morning Herald on Friday. 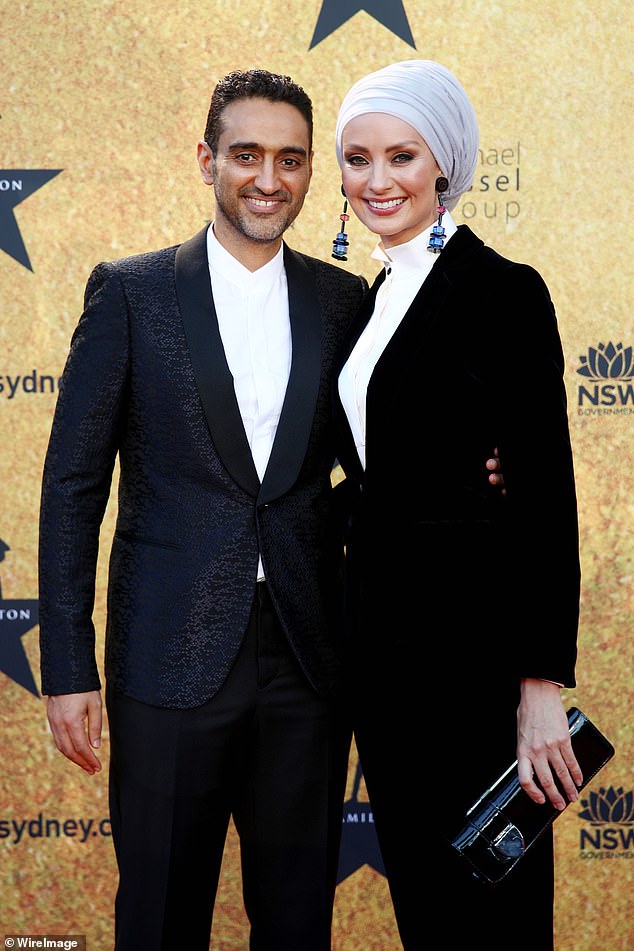 Waleed Aly (pictured, with his wife Susan) said the country’s policy of managing a public health crisis through personal responsibility, without the restrictions we had before puts it in a weak position 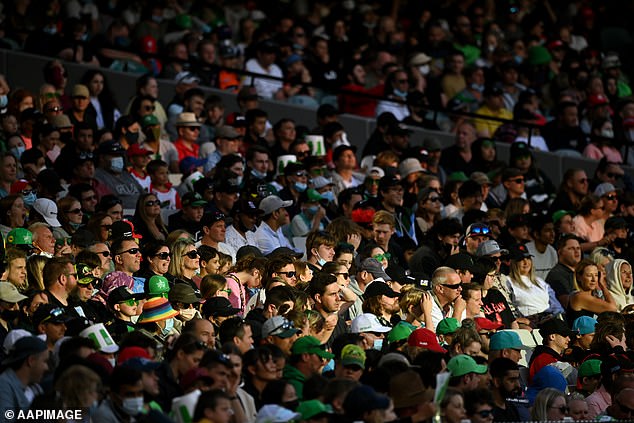 Aly said given the new third wave, Aussies (like the ones pictured enjoying the Big Bash League cricket match without masks in January) could bare the brunt of ‘enormous economic cost’ if the wave was to get out of hand

He pushed back against the federal government’s budget-saving measures of cutting disaster payments for those isolating and the RAT access for low-income earners.

Aly said the ‘impending wave’ is bound to cause ‘enormous economic cost’ if it were to get out of hand, with the law burdening those with no leave entitlements.

The pandemic leave disaster payment, which entitled workers to a lump sum if Covid forced them to isolate, finished at the end of last month.

He said the law was forcing people infected to remain isolated for seven days but no longer provided financial support for those who don’t have sick leave.

‘It’s a legally mandated week of zero income,’ Aly said, pointing to the chance workers may not want to get tested.

‘And is that what we want when, in the health minister’s admission, millions of Australians are about to get Covid in the next few weeks with a flow-on effect to hospitals?’

He challenged the Albanese government to adapt to ‘the emerging crisis’ and not lay blame with the former Coalition government’s policies already in place.

The comments follow on from a horror start to Australia’s winter season with data showing up to 300,000 Australians are infected with Covid, with the Health Minister Mark Butler warning the true number is ‘probably twice that’.

But Mr Butler said this week the government was keen to move on from forcing Aussies into lockdown despite his warnings of case numbers rising in the coming weeks.

‘We’re not going to see very broad-based mandates or government orders,’ Mr Butler said.  ‘You will continue to see those targeted mandates, I think, for some time.’ 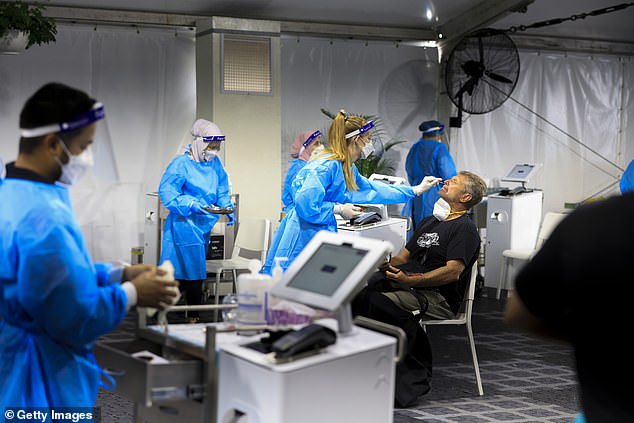 The pandemic leave disaster payment, which entitled workers to a lump sum if Covid forced them to isolate, finished at the end of last month 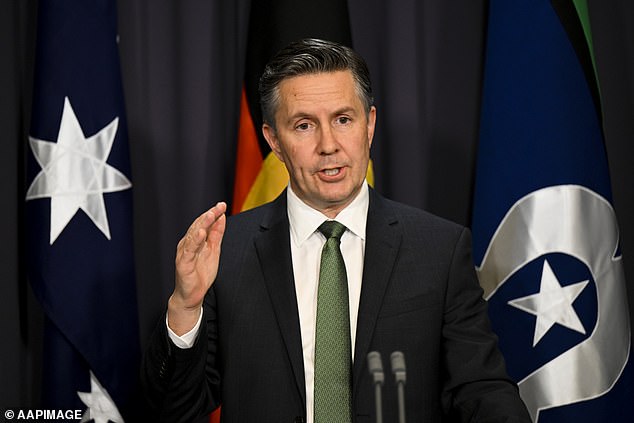 ‘But beyond that, there is really strong advice, clear advice given to people about using the common sense lessons that we’ve learnt over the last couple of years,’ Mr Butler said.

‘What we don’t want to end up with is a position where the community thinks government is being heavy handed or just continuing a situation which the community tolerated very well over [..] the first two years of the pandemic, but I think is starting to reach the end of their tether about.’

Aly said the country’s policy of managing a public health crisis through personal responsibility, without the restrictions we had before puts it in a weak position.

But Aly noted the government’s approval of the fourth vaccination shot for most Aussies was a step in the right direction, along with expanding access to antiviral drugs for the disease.

Meanwhile, Covid-related hospitalisation numbers looks like they will reach the peaks seen in the nation last January.

There were 43,488 cases and 66 deaths reported on Friday, with 4,602 people in hospital – up by 90 from Thursday – the highest number since the beginning of February. 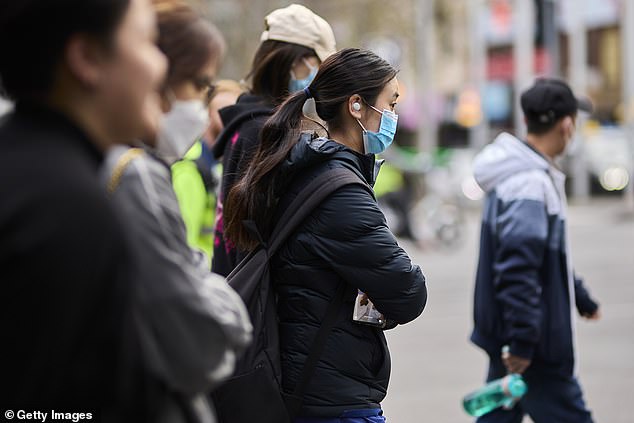