Who was Speaker Knockerz and how did he die?

Speaker Knockerz was a well-known American rapper known for his music and songs. His work is still adored and remembered by his followers and fellow artists. His untimely demise has sparked a lot of conjecture.

The tragedy of losing a child at a very young and tender age can be unbearable especially when he or she is on the verge of being successful. One can only imagine the pain the parents of Speaker Knockerz went through after his untimely death.

Speaker Knockerz was touted to be one of the young American rappers to look out for a few years ago. He had already released four albums and his career was heading in the right direction. 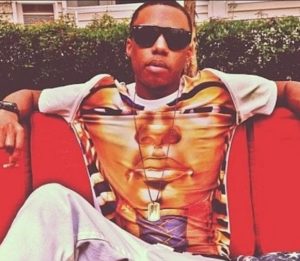 Unfortunately, death laid his cold hands on him and took him away in 2014 before he could reach his full potential. Although he wasn’t signed into any major music record label, his rap skills attracted a lot of people and he already had a huge fan base on social media before the unfortunate incident happened.

This post takes a look at the background of Speaker Knockerz as well as the situation surrounding his death – a subject that still divides opinions on social media to date.

Background and Education of Speakers Knockerz 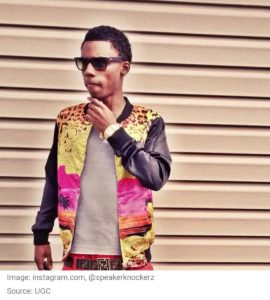 Frightened by the negative effects of their father’s absence on her kids, Speaker Knockerz’s mum took him and his brother away from New York to South Carolina where they stayed till Derek McAllister Snr served his 10-year jail term.

He started making beats from his computer at home at the age of 16 and within a year, he had already made 250 of them some of which he sold to A-list rappers like Gucci Mane, Meek Mill.

His father’s release from prison in 2010 became an added advantage to Speakers Knockerz as he helped him improve on his rap skills. 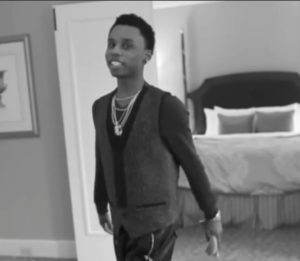 In a 2013 interview, he revealed why chose to rap;

“The whole purpose of me rapping is that I knew I could make a good song.”

” I knew how to promote myself, so that would bring more people to buy beats from men”

His first music video “Lonely” received a huge acceptance by fans and as of today, it had more than 161,000 views on Youtube alone. Also, a good number of his songs are also available on YouTube as fans continue to keep his body of works alive. His songs are also available on iTunes. Before, he died, Speakers Knockerz collaborated with top artists like 2 Chains, French Montana, Meek Mill among others.

He went on to create his record label, Talibandz Entertainment and he released four albums under it:

How did Speakers Knockerz Die?

He was found dead in the garage of his house located at Two Notch Road in Columbia, South Carolina. There was no sign of violence or attack whatsoever on him when he was found dead. Coroner Gary Watts of the Richland County Coroner’s Office also put it on record that was no sign of trauma.

Speaker Knockerz official cause of death was a heart attack.

Rumors suggest that the heart attack can be traced to “Lean” also known as “Purple Drank, ” an addictive mix of codeine and soda that is known to hamper heart rate and breathing.

When did Speakers Knockerz die?

Billboard reported that his mother, Mesha wrote on her Facebook page that it was unusual for her son not to come home or call for a long period after she didn’t hear from him.

“It’s not like him not to communicate or come home for this long period, I pray that my son is ok.” She announced his death afterward.

There are no records as regards whether Speakers Knockerz was married or whether he had kids or whether he was in a romantic relationship or not.

After his death, his album Married to the Money II was released posthumously and it received great reviews from critics and fans.

“Speaker Knockerz sounds like an entity of his own, no matter how heavily inspired he was by everything popular to a teenager, in the early 2010s, stuck in their bedroom on the internet.”  …. Alphonse Pierre.

Finally! I’ve loved the album but it didn’t come to an actual disc for a while. I love the album. It has amazing beats at amazing songs. RIP SK!!!!!!!!! 1994-Forever…Anonymous

Read about how to lose 10 pounds in three days here

Which Rappers did Speakers Knockerz influence?

Speaker Knockerz died in March 2014 at the age of 19, but the South Carolina rapper and producer left an indelible mark on the music industry with his sound, style, and flow. Speaker Knockerz began producing when he was just 13 years old, receiving inspiration from Soulja Boy Tell ‘Em, one of his favorite rappers.

Speaker Knockerz went on to produce for rappers including Gucci Mane, 2 Chainz, and French Montana, as well as making his own songs. He had a viral hit with “Lonely” in December 2013, which grew in popularity thanks to backing from celebrities.

“Lonely,” which he released in December 2013, became a viral sensation thanks to Vine stars Toni Romiti and Reggie Couz’s support. To date, the music video has received well over 100 million views on YouTube.

Rappers including Gucci Mane, Fredo Santana, and Soulja Boy paid tribute to him on social media after his death. Others, including as Lil Uzi Vert, Denzel Curry, and Kodak Black, took it a step further by mentioning Speaker Knockerz in their songs. Speaker Knockerz’s influence has lately been mentioned by rising talents such as Roddy Ricch and Lil Mosey in interviews, keeping his legacy alive.

Speakers Knockerz was touted to be one of the young rappers who would grow big in the future but death had other plans. His loyal fans still vibe to his music to date.