A tiny red-brick home has sold for almost $500,000 above the reserve price, and there is a lot more money to be spent on the property yet.

After spending $4.72 million for the three-bedroom house with water views on Saturday, the new owner plans to knock it down and rebuild.

The 399sqm block was on the market for the first time in almost 60 years, and back then Australia didn’t even use dollars – it sold for £6,500.

Three bidders kept pushing the price for the house in the suburb of Cabarita in Sydney’s inner west up until it was way beyond its $4.25 million reserve. 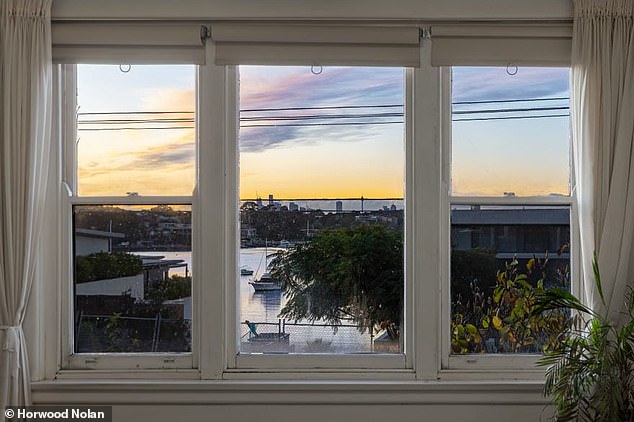 The view from a modest home in Sydney’s inner west that just sold for $4.72million 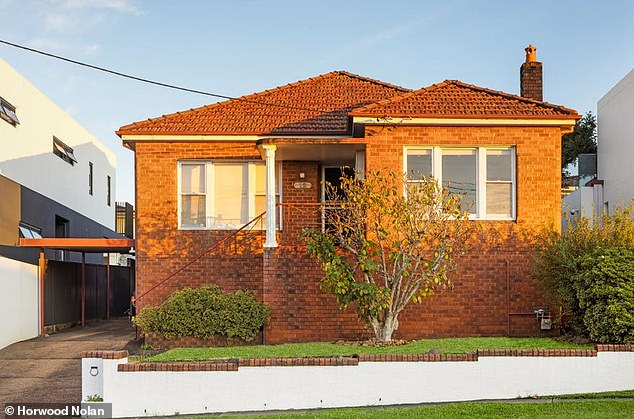 The front of the house in the Sydney suburb of Cabarita that sold on Saturday for almost $500,000 more than the reserve

The successful bidder, Bruce Turner, said he spent about $500,000 more than he had hoped to to get the house.

‘We want to redevelop it, move in and die here,’ Mr Turner, managing director of blinds company Wynstan, told Sydney Morning Herald after the auction.

‘It will be our forever home.’

Mr Turner, along with the same two rival bidders, had also competed for the block next door in 2016.

He started the bidding with an offer of $3 million, and from there it went up mostly in increments of $100,000 until it got to $3.9 million.

The offers rose in smaller jumps after that, and at the $4.35 million mark, the next-door neighbour entered the bidding, but eventually it got too high for him.

That neighbour pipped Mr Turner to buy his property in 2016 for $2.5 million. 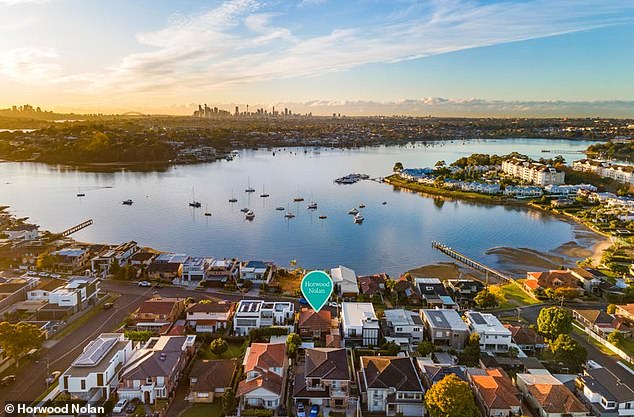 Pictured is an aerial view of the Sydney suburb, with the house that sold on Saturday marked

Selling agent Ben Horwood said though the price fetched on Saturday was far above expectations, he was wasn’t shocked.

‘It’s certainly more than we thought, but it doesn’t surprise me with it being such a good quality parcel of real estate,’ he said.

He said though ‘blowout results’, where the selling price goes well above the reserve, were getting rarer, ‘the rest of the market is still in good shape’. 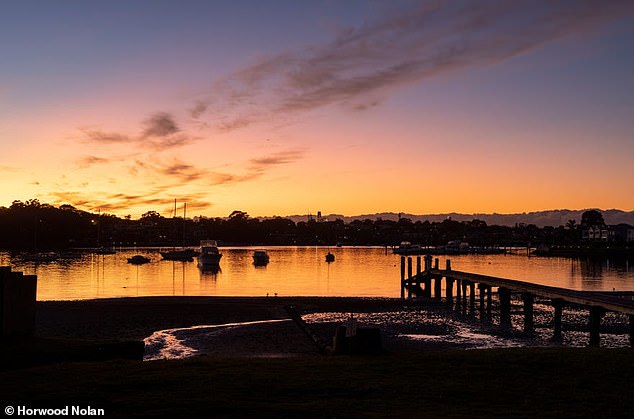