EXCLUSIVE: Devastated Yazmin Oukhellou returns home with her arm in a sling as she is pictured for the first time since horror car crash which killed boyfriend Jake McLean

By Joanna Crawley For Mailonline

Yazmin Oukhellou has been seen for the first time since the car crash in Turkey which left her boyfriend Jake McLean dead.

The TOWIE star, 28, was seen leaving her Essex home on Thursday with her mother, with her broken arm in a sling.

Yazmin suffered serious injuries to her arm in the crash which took place in the early hours Sunday July 3. 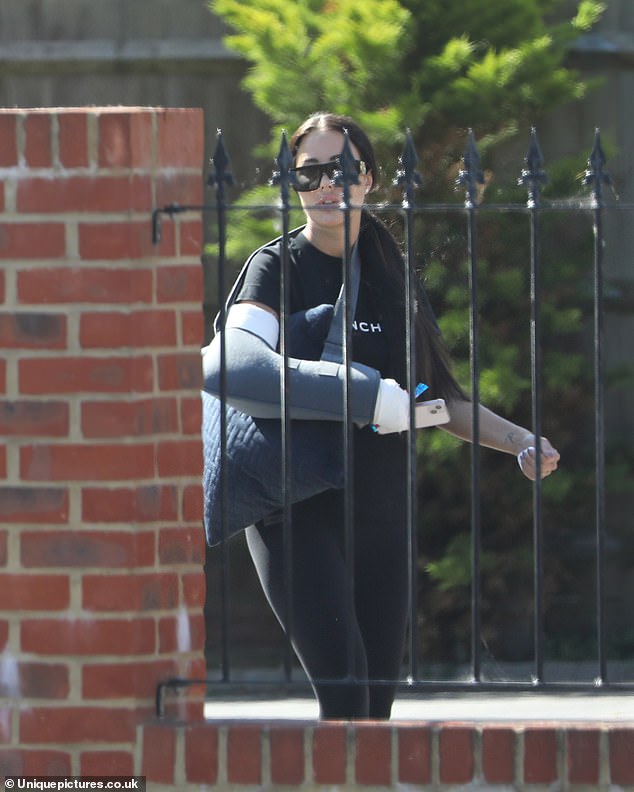 Back home: Yazmin Oukhellou has been seen for the first time since the car crash in Turkey which left her boyfriend Jake McLean dead

Wearing dark glasses, and a black t-shirt and leggings, Yazmin’s right arm was in a cast above her elbow.

She was seen getting into the passenger seat of the car while her mother drove.

The television personality had been on holiday with Jake in the resort of Bodrum where the terrifying incident took place.

Emergency services rushed to the scene where it is understood Yazmin’s boyfriend Jake was found dead, with a source telling MailOnline last week that Yazmin has been left heartbroken:

‘Yaz is unable to feel any sense of relief because her heart has been ripped in two over Jake’s death.

‘She still can’t come to terms with what has happened.’ 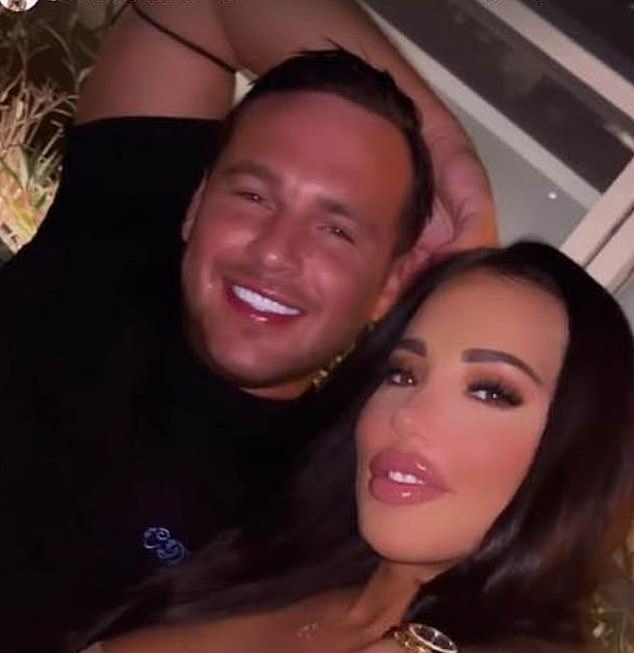 Heartbroken: TOWIE ‘S Yazmin Oukhellou is struggling to come to terms with the death of her boyfriend Jake McLean following their horror car crash in Turkey 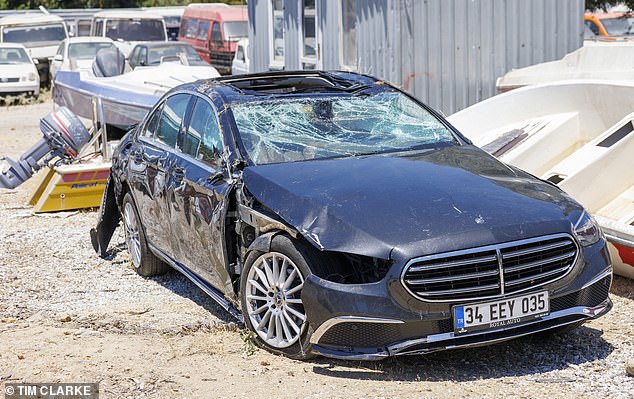 Horrific: The 28-year-old television personality had been on holiday with Jake in the resort of Bodrum where the terrifying incident took place

Jake, 33, – who has previously dated former TOWIE star Lauren Goodger – was driving at the time of the crash.

Meanwhile MailOnline understands that Yazmin could face a police quiz in upcoming days amid reports about the moments leading up to the crash.

According to reports yesterday she was arguing with Jake as their car crashed. 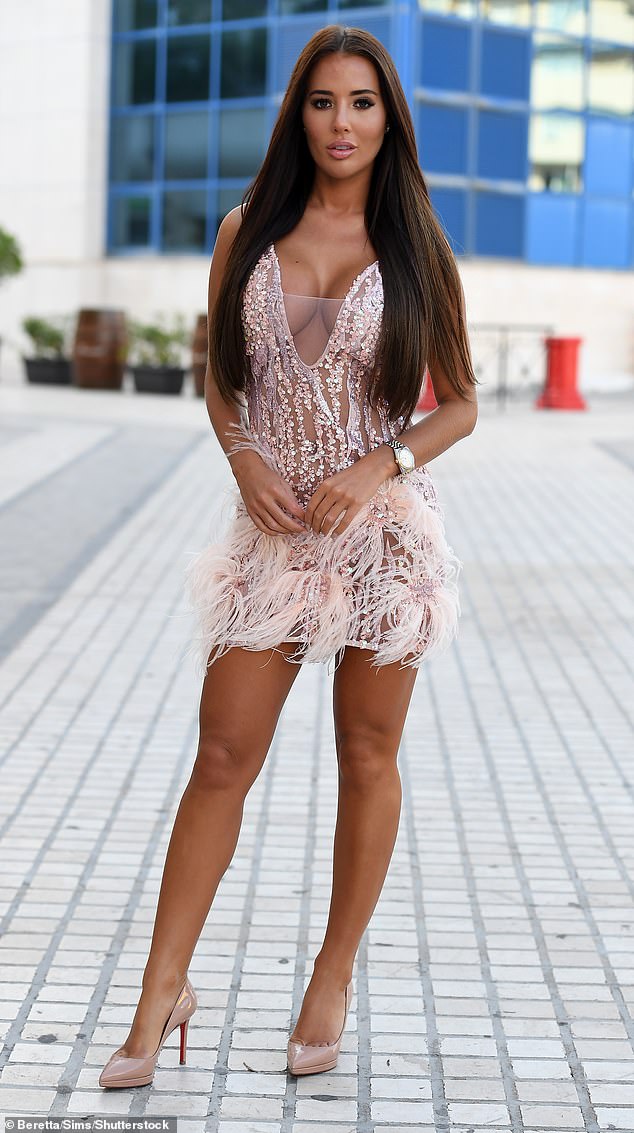 Devastated: A source told MailOnline: ‘Yaz is unable to feel any sense of relief because her heart has been ripped in two over Jake’s death’

The claims were made by his mum, Anita Walsh, who raised her concerns with prosecutors investigating the crash that killed her son in Bodrum, Turkey.

She told them her son was a skilled driver and would not have lost control of their Mercedes.

A source in the Bodrum prosecutor’s office said: ‘She has told us he may have been arguing with Yazmin, which caused the car to crash.’ 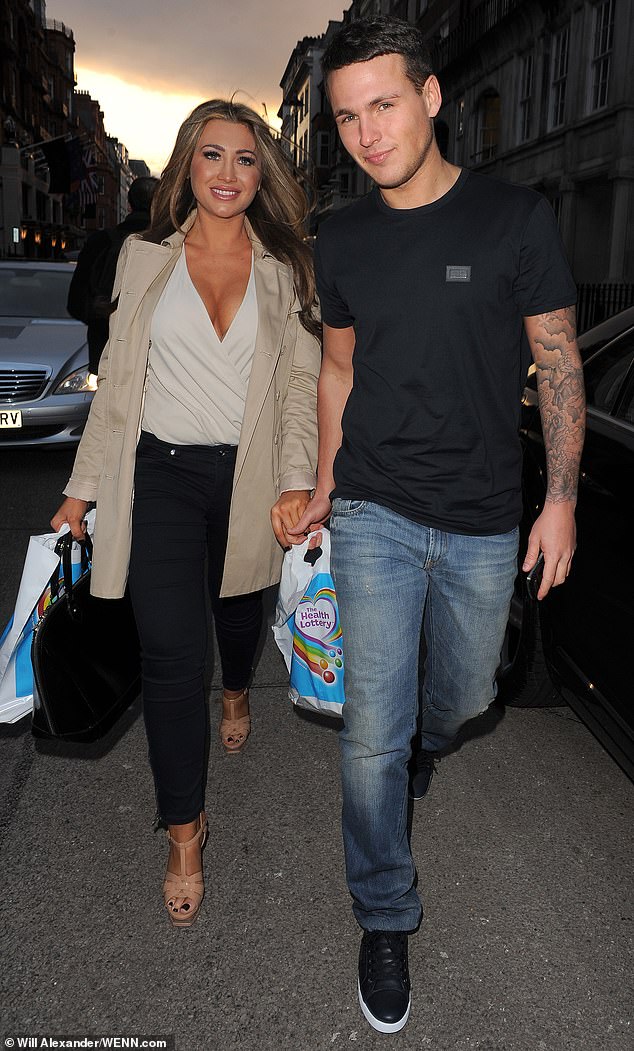 History: Jake (right) rose to fame while dating Lauren (left) as she appeared on The Only Way Is Essex, Dancing on Ice and Celebrity Big Brother. The on-off couple got together for the first time in 2012 but split for good in 2016 (pictured in 2013)

The Mercedes careered off a mountain road before overturning in a ditch.

Jake died at the scene.

Yazmin suffered serious injuries but pulled herself from the wreckage to get help.

Prosecutors are investigating whether Jake was drink-driving. The on-off couple argued outside a club at 3am, shortly before Sunday’s crash.

Jake and Yazmin are thought to have got together in May last year before she revealed their relationship on Instagram in December in a clip that showed the pair kissing. 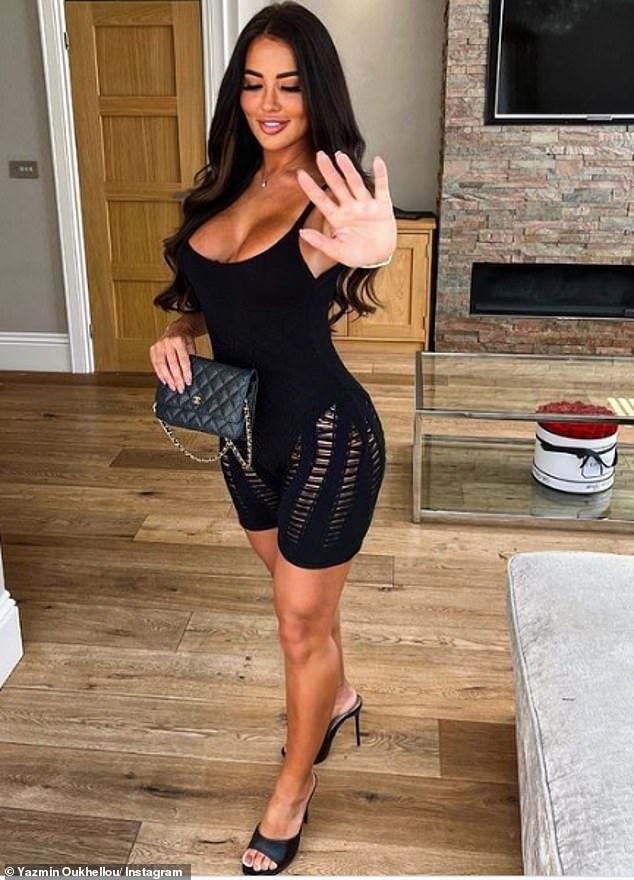 Latest: Yazmin last shared a photo to Instagram on Tuesday from her London home, wearing an all black outfit

But she split from him just a month later after he was reportedly caught ‘acting single’ while on a holiday in Dubai and leaving a club alone with Love Island ex Ellie Jones.

The pair were still thought to be split up when the crash happened on Sunday. Friends say they are unsure what the pair were doing together in Turkey, but may have been there to sign some kind of business deal.

A source told MailOnline: ‘It’s a complete tragedy and a total loss of life. Everyone is in shock and hoping Yazmin makes a full recovery.’

Speaking to The Sun another source added: ‘Apparently Jake was driving when he lost control of the car and it went off a cliff.’

MailOnline has contacted TOWIE and Yazmin’s representatives for further comment.