By Catrin Picton For Mailonline

The University of York has put trigger warnings on English Language courses available to students.

Warnings over ‘insults’ and swear words have appeared in the language and linguistic science department as well as ‘content warnings’ on courses.

Some of the guidance from the Russell group university alerts students to ‘verbal abuse, spoken and written threats’ that could be in their course.

Professor Frank Furedi, an expert in sociology and ‘linguistic engineering’ at the University of Kent said the trigger warnings are ‘part of a process of turning students into patients’.

‘The assumption is that they need to be insulated with some sort of therapeutic intervention from dealing with anything that’s even remotely outside the norm,’ he told The Telegraph. 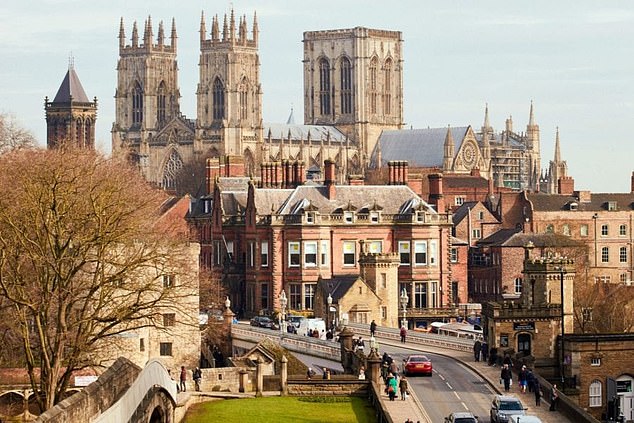 Another warning read: ‘This module deals with language as it is used by real speakers and writers in real-world situations.

‘In many cases, the language forms we will encounter in the module are taboo terms (slurs, insults, swear words, slang terms, etc.) with the potential to cause offence.

‘On other occasions, it is the situation in which the language was produced, rather than the language itself, which is unpleasant or disturbing. Sometimes it is both simultaneously.”

The top university also allows students to leave classes where they find any ‘sensitive content’ disturbing.

However ‘this year will be delivered almost exclusively online’,

Lecturers are told in The University of York’s guidance: ‘When giving a verbal content warning, leave a sufficient time gap between the warning and presenting the material.

They are also reminded to: ‘Let students know that they can leave the session at any point if they need to.’

An exam paper from the language department says: ‘Caution: the paper contains material relating to the investigation and prosecution of a large number of murders and sexual crimes, and there is a possibility that you may find some of it disturbing.’

‘It’s a way to manage and try to control people’s capacity to communicate, so it’s a very insidious process. Although it’s often well meant, it’s a form of linguistic quarantine.’

Archaeology students at the same institution were warned of dead bodies and skeletons before choosing a ‘mummification’ module.

The University of York did not respond when asked for comment.