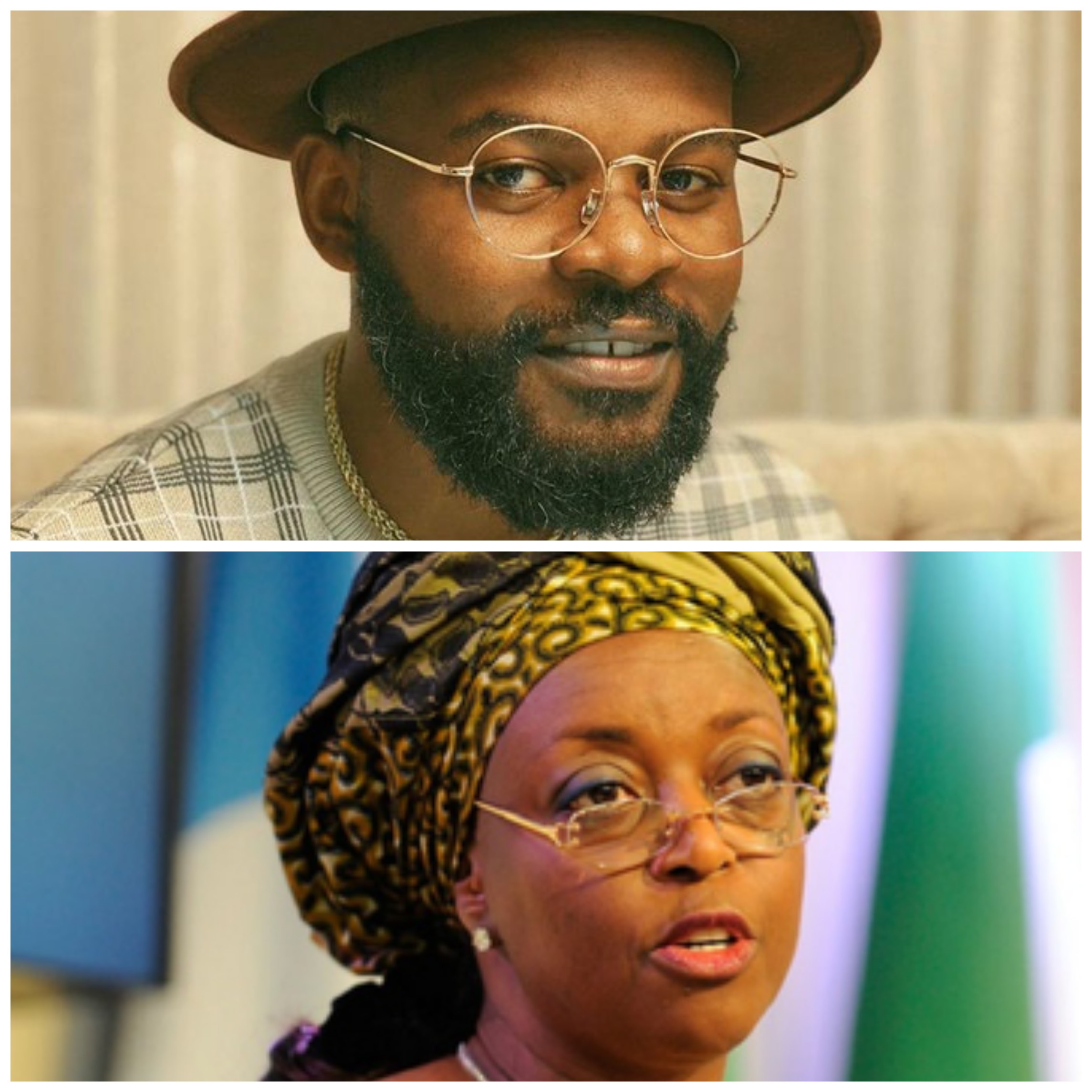 You are a Yahoo Yahoo Girl – Hip hop star, Falz fires back at former Minister of Petroleum Diezani Alison-Madueke! Details👇

The former Minister said this while soeaking during a virtual conference organised by Ijaw Nation Development Group (INDG),  she said Nigerians now respect them and hold them in high esteem in the society.

“The ones that have swag, the Yahoo Yahoo boys as my son would say; these, in short, are the role models they are looking at. These are the ones that reinforce negative societal norms and values”

However, her comments generated a number of outrage on social media and Falz was one of those that responded to her comments.

” You are on the run, but your mouth still dey run, who be Yahoo Yahoo girl if no be you?” Falz said via his Instagram page.

How do we make the upcoming generation understand that "Education is the key to Success" when they are surrounded by POOR graduates and RICH criminals?

This hushmummy has now turned motivational speaker, there is nothing Ekaete no go see for kitchen. Eh- he, nawao.

Some times it's Important to separate the messanger from message but in this case it's really difficult. Hence the backlash is really louder than the usual.

She is so serious giving this lecture. If we don't collect our money now, we will collect it as we are doing the Abacha loot. Taah

The Mother of them all, the Sensei, Master of the act of disappearing funds, Grand Matron of theft…
Well said ma.