There is news about Nigerian disc jockey and producer Florence Ifeoluwa Otedola, professionally known as Cuppy.

Zlatan Ibile has stated that he does not know DJ Cuppy who is the daughter of Nigerian businessman Femi Otedola. 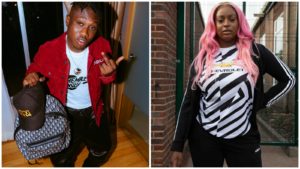 Watch the video of the interview below