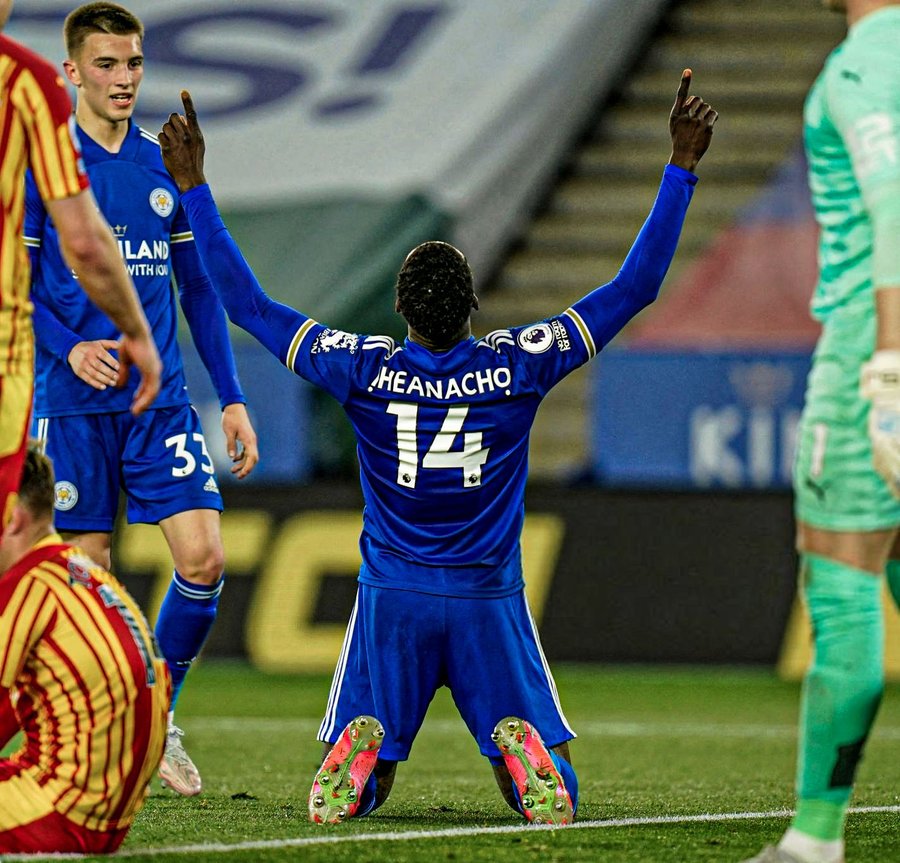 14 goals in 14 games: This is the secret of Kelechi Iheanacho’s scoring form

Kelechi Iheanacho had to wait until 3 February for his first league goal of the season. Since then the Leicester City striker is the Premier League’s top goalscorer.

The Nigerian assisted the equaliser and scored the winner as the Foxes beat Crystal Palace 2-1 to gain a seven-point cushion in the race for a Champions League place. 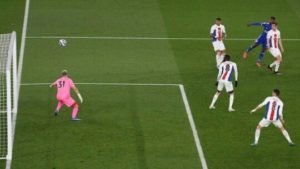 A far cry from a striker who had to wait 14 months for a Premier League goal from September 2018 to December 2019.

He is the Foxes’ top scorer this season with 17 goals, the first time since 2014-15 that Jamie Vardy has been in danger of not leading the way.

“That [race to be top scorer] not what we talk about,” Iheanacho told BBC Sport. “As a team we work for each other, it doesn’t matter who scores the goals.

“There’s so much to improve in games so I’ll keep going, keep doing my best.”

Boss Brendan Rodgers said: “Over the last few months Kelechi has been absolutely incredible. It wasn’t just his goal but his work-rate, he wants to press the game. He has no ego whatsoever and he works so hard.” 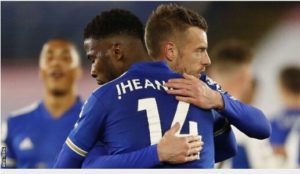 The turning point in Iheanacho’s Leicester City career has been starting alongside Vardy up front.

They only started eight games together last season and did not do so this campaign until 28 February – and even then it was only because of injuries to James Maddison and others. They have played every game together since.

Nigeria’s Iheanacho has scored 14 goals in his last 14 appearances, as many as he managed in his previous 76 for Leicester.

Only Harry Kane (18) has been involved in more goals than Iheanacho (15) among Premier League players in all competitions this year.

Former England international Karen Carney was watching the game for BBC Radio 5 Live and said: “I think Iheanacho’s confidence has come because he knows when he plays he’s not going to get substituted for Jamie Vardy.

“As a player you’re always looking over your shoulder thinking you are going to get taken off.

“But because he’s playing next to Jamie Vardy he’s confident and that one goal turns into two and three.”

Rodgers said: “The top priority for me as a coach is helping players to develop. It’s been difficult for Kels because of the style we normally played which was one striker – Jamie Vardy. 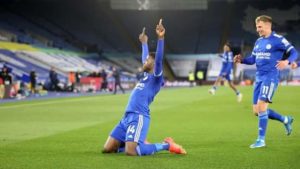 “We had to change it round with injuries, he’s come in and been exceptional. Not just his goals, he’s so happy to work hard for the team and his quality is phenomenal.”

Kelechi Iheanacho started both games against Palace this season. In December’s meeting (left) he had 22 touches and missed a penalty before being replaced by Vardy. In Monday’s win he scored, assisted and had 46 touches of the ball

Iheanacho has shown a potency in front of goal recently rarely seen in his career.

His 10 Premier League goals this term outstrips his expected goals – the number of goals he would be expected to score from the chances he receives – by more than three goals, and his shot conversion rate is his highest since joining the Foxes.

Carney said: “I was speaking to Emile Heskey about him and apparently he does these things in training, he’s done it for a very, very long time. But he never really had the confidence when he was given the opportunity in games. That’s changed.

“That’s shifted, he’s now delivering in the games. That type of goal, in the pressure moments when he needs to deliver for his team, he’s pulled it out of the bag and they’ve got three points from it.”

Foxes keeper Kasper Schmeichel told Sky Sports: “Kele is incredibly intelligent when it comes to his finishing – he knows how to shift and shoot so quickly, he’s so good at the particular one where he shifts it and then puts it through the defender’s legs and wrongfoots the goalkeeper.

“He does it in training all the time. He’s a nightmare in training to be fair. He’s just a big strong lad who can put himself about, he’s fast, he’s got absolutely everything to be a top striker and he’s showing it now, which is great.” 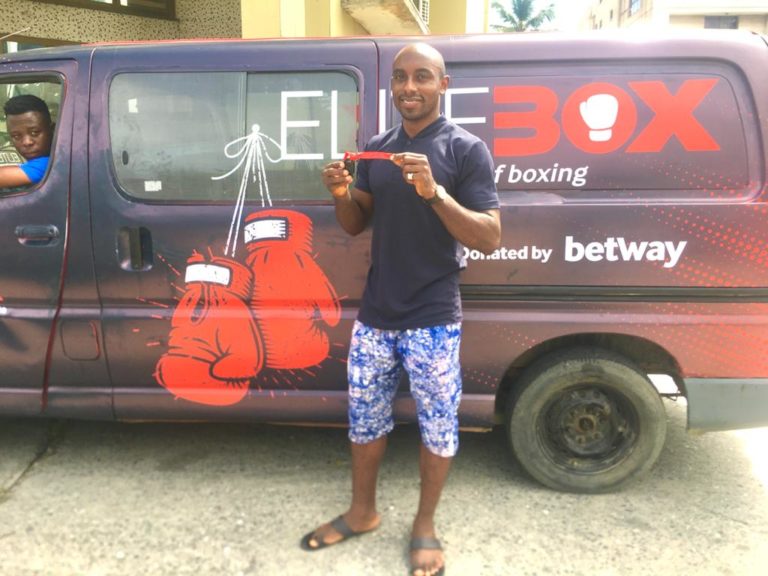 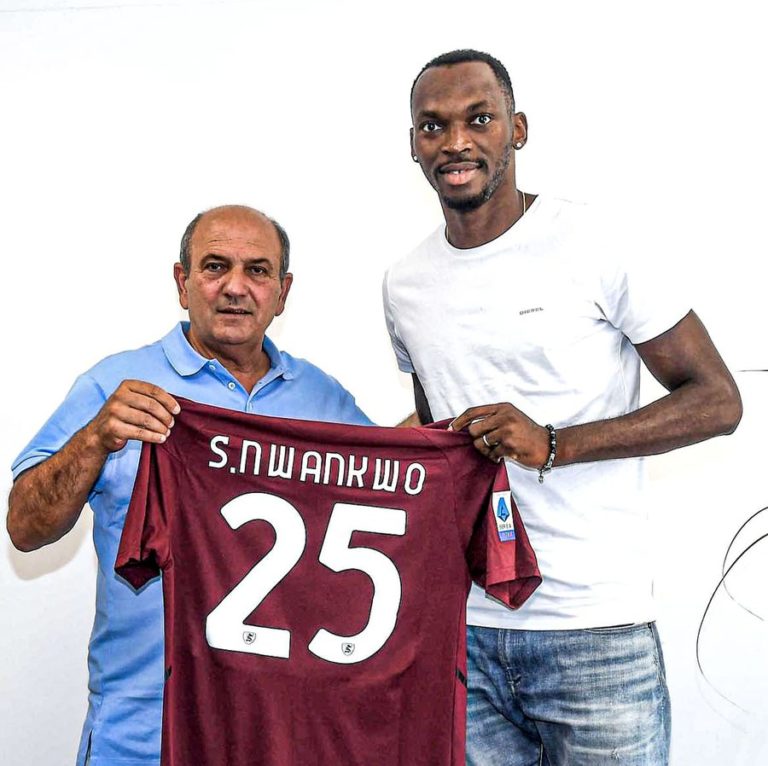 Super Eagles striker, Simy Nwankwo has completed a loan move from Crotone to newly-promoted Italian Serie A side, Salernitana. Simy Nwankwo joins Salernitana on the back of scoring 20 league goals for relegated Crotone last season. While reacting to his move, the lanky striker said the desire of the club to sign him is special… 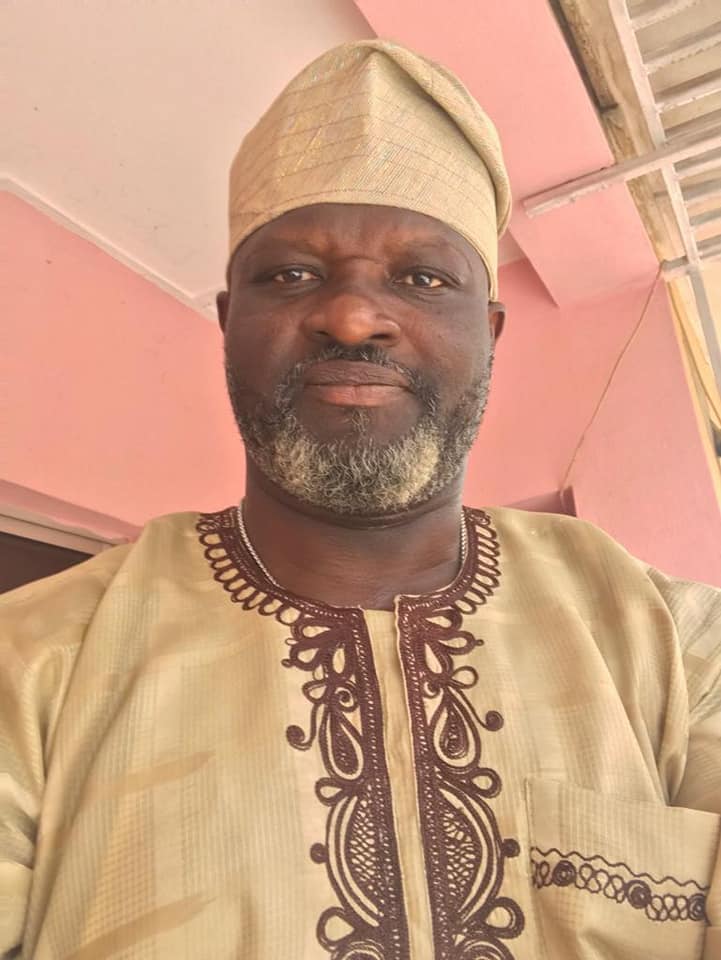 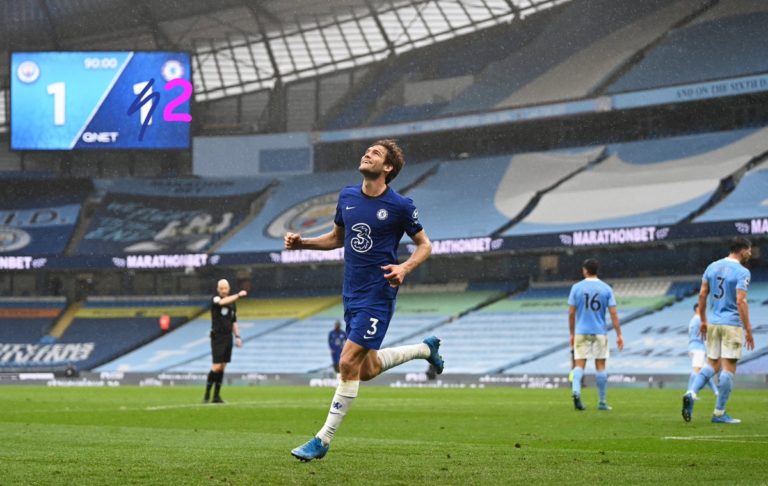 Marcos Alonso fired in an injury-time winner for Chelsea after Sergio Aguero fluffed a penalty as Chelsea delayed Manchester City’s Premier League title party with a dramatic 2-1 victory at the Etihad. After Raheem Sterling gave the hosts the lead, Aguero was made to look very silly by Edouard Mendy after his Panenka fell easily into the… 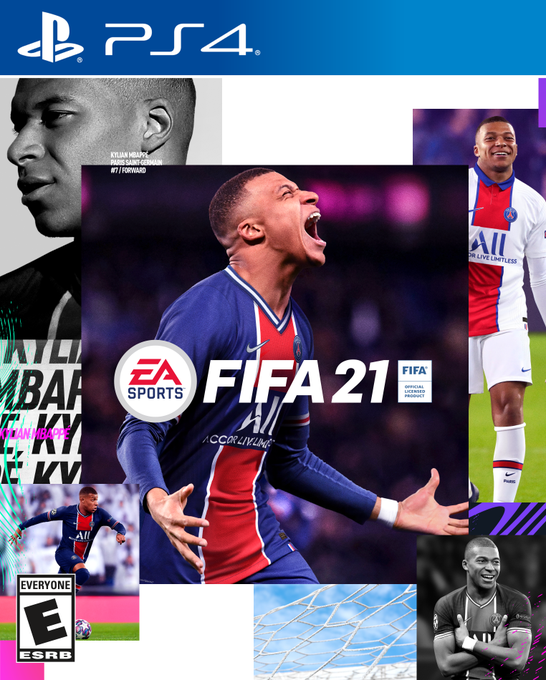 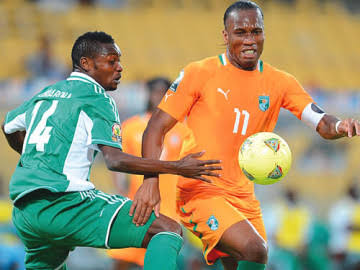