A master class performance by Arsenal captain Pierre-Emerick Aubameyang gave the Gunners a 2-0 win against Manchester City in the semifinals of the English FA Cup played at Wembley on Saturday, July 18th.

Manchester City who are the reigning champions were heavily favoured to win the game against Arsenal. 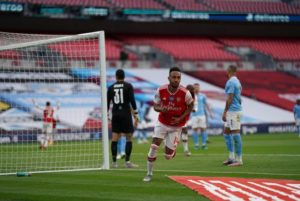 However, the Gunners sat back and defended well against Manchester City who dominated possession.

Aubameyang struck in the 17th minute to give Arsenal the lead latching onto a ball by Arsenal record club signing Nicolas Pepe.

The Gunners maintained the lead to the halftime break but Manchester City came stronger in the second half.

Aubameyang became the fourth Arsenal player to score a competitive brace at Wembley Stadium as the Gunners held on for the win as Mikel Arteta defeated his former boss Pep Guardiola and advance to the FA Cup finals where they would meet Chelsea or Manchester United. 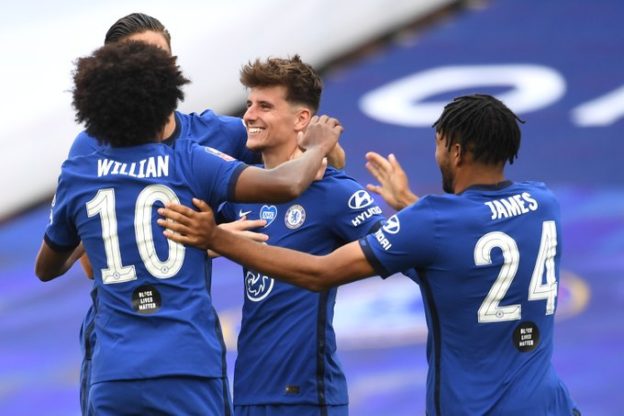 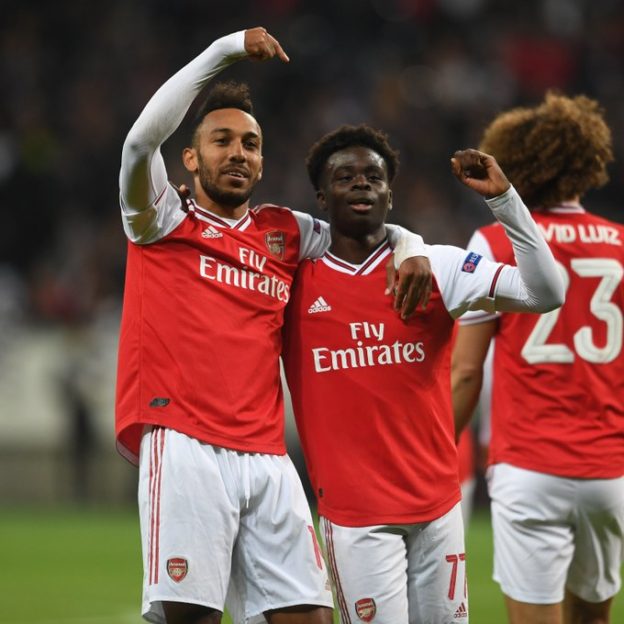 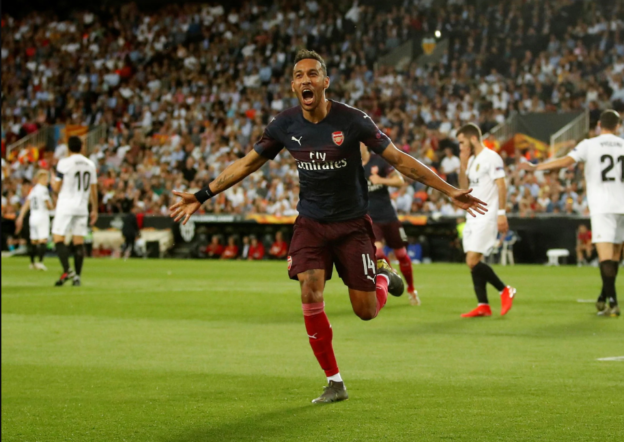 Watch Aubameyang score 3 goals as Arsenal destroy Sevilla (video) On this day May 9th, 2019 Pierre Emerick Aubameyang was the hero for Arsenal as…