Napoli’s forward, Dries Mertens is already having a good rapport with Super Eagles striker, Victor Osimhen as the Belgian forward as he requests for the new national team jersey from him.

Victor Osimhen shared pictures of him in the new jerseys on his Instagram page and Dries Mertens replied his post by requesting for one of the jerseys from the Super Eagles striker.

Mertens asked him to bring a small size one to the club’s training ground and Osimhen replied accordingly. 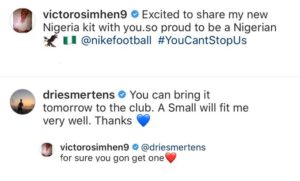 The former Lille striker has settled into life at Napoli really fast especially on the field of play as he injected pace and finesse into Napoli’s second half performance in their season-opener win at Parma on Sunday. 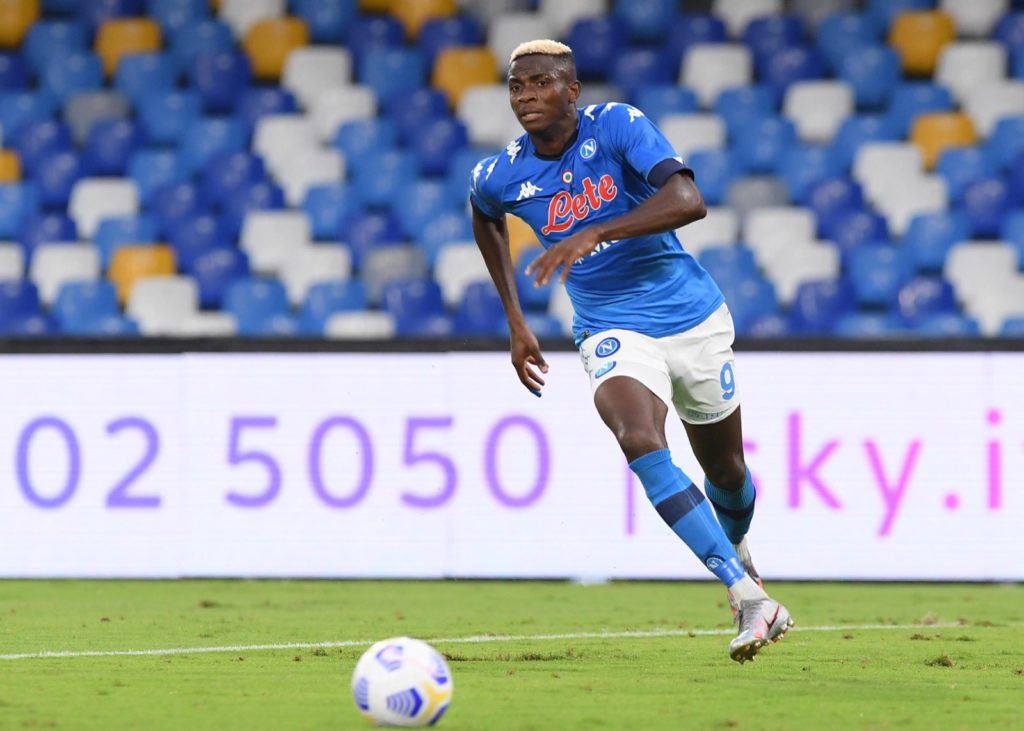