At long last, the trailer for the movie pace Jam a new legacy was finally released on Saturday, April 3rd. 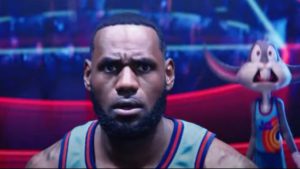